Home » Don’t Censor Me: The Legacy of 4Kids 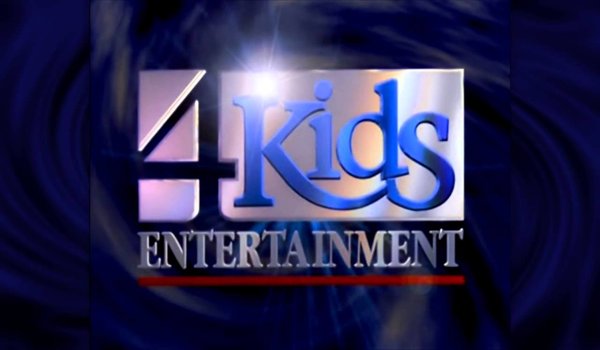 Back in time, in the 1990s, anime was still a new thing on English television, and it would still be a few years before you could watch it in Japanese on Netflix and Crunchyroll. Instead, we had to stick with the English dubs of the shows. Certain TV studios did not believe their audiences would understand the culture of foreign countries and altered it for them to understand. Sometimes it works like with Samurai Pizza Cats, sometimes it was half-and-half like with Sailor Moon, and sometimes the original content is edited and censored to the point of stupidity so that they are “Americanized”.

That is normally the opinion of anime fans when it comes to the New York-based licensing company 4Kids Entertainment. They bought us Pokémon and Yu-Gi-Oh, but beyond that, their changes to other anime are all but considered notorious. But, were their controversial changes for better or for worse?

4Kids rose to prominence in the late 1990s and early 2000s with their beloved dub of Pokémon and somewhat popular dub of Yu-Gi-Oh, promoting the trading card game as well. But from those two successes, their soon-to-then-be editing style was visible from the get-go. They banned several episodes of Pokémon right away due to certain elements, like the one where James wore inflatable boobs to win a beauty content. Yes, you read that right. The first season of Pokémon was more aimed at a Japanese audience, featuring a lot of jokes only they would get which 4Kids struggled to adapt and instead just went for cringeworthy puns (“Cow-terpie”) or just rolled with them. One of the most notable dub changes was identifying riceballs as “jelly-filled donuts”. Yeah, funny looking donuts.

A lot of their future editing styles spawned from Pokémon like numerous content cut of less kid-friendly content, removing Japanese culture references (often leaving them blank), replacing music, etc. Sometimes the editing makes sense. Anyway, 4Kids soon realised they had a big success and remained the creative head behind Pokémon for nine glorious years until the stupid Pokémon Company brought the rights and replaced the beloved voice actors with cheap sound-alike’s, though the new dub has improved over the years.

Their next big success was with Yu-Gi-Oh. That was a rather straightforward dub, remaining mostly true to the source material despite the occasional bit of censorship, misunderstanding of the card game, and the strange need to avoid the concept of death. Whenever characters die, their souls are sent to the “Shadow Realm”. Yu-Gi-Oh also saw the enforcement of important messages like the power of friendship and the sort of thing you’d here of PSAs. They did this with Pokémon as well, but at least they were subtle there. Most of the time…

4Kids went on to dub other anime like Kirby: Right Back At Ya, Shaman King, and the subsequent Yu-Gi-Oh sequels. But it was probably at the peak of their success that they started losing their way. With Sonic X, 4Kids heavily edited the anime to the point it looked like a poorly conceived American cartoon. Sure, the voice acting was good, but there-in lied the heart of why people hated their dub of it and what followed. Naturally, the company used their own paid actors to play Sonic and co., only to then replace the voice actors of the Sonic video games, despite several of the originals offering to move to New York to continue work. Sure, the 4Kids are now beloved and Mike Pollock is still voiced Dr. Eggman, the treatment of the voice actors was an insult (and ironically it happened to 4Kids when they lost the rights to Pokémon).

But perhaps the biggest bruha came when 4Kids had a go at dubbing the popular One Piece, considered one of the best anime of all-time and still airing to this day. It turns out 4Kids did not want to dub One Piece but go it in a package deal and just went with it. Now, One Piece is about pirates who use guns, swords, cannons, supernatural powers, and thus, have a bit more of an adult humour. 4Kids realised what they had to contend with and basically ripped the thing to shreds, deliberately leaving episodes out that would later be important to the plot, and censoring the thing to the point of implausibility. Needless to say, anime fans were mad. They demanded 4Kids drop the licensing and start releasing unedited, original versions of their anime on DVD.

All things looked black for 4Kids. But, not everything. 4Kids started producing their own content, like a very good Teenage Mutant Ninja Turtles series, a show which ironically involved heavy violence, in complete contrast with the company’s strict views on more adult content in children’s shows. In 2008, with the demise of the Kids’ WB schedule, 4Kids was the last supplier of traditional Saturday morning cartoons, but in 2011, the company filed for bankruptcy with their licenses sold off to other distributors, though the voice cast of Yu-Gi-Oh remained to continue work on the subsequent sequels. Nowadays, 4Kids lives on as 4K Media Inc., with only Yu-Gi-Oh remaining of their many licenses.

But are 4Kids as bad as the anime community have written them off. As it says in their title, their work is “for kids”, and they had their own way of delivering shows to their audience. Censorship in American cartoons wasn’t uncommon, but with The Simpsons and South Park becoming popular, this strange censorship hiding violence, weapons, adult jokes, and the slightest bit of romance seemed a tad bit overboard. They didn’t do this sort of thing with their earlier products. In fact, Pokémon was perhaps the most adult show they did. And on a personal note, I grew up with Pokémon, Yu-Gi-Oh, and Sonic X, all of which I have a nostalgic love for.

The company also employed a lot of great voice actors like Veronica Taylor, Rachael Lillis, Eric Stuart, Jimmy Zoppi, the late Maddie Blaustein, Mike Pollock, Lisa Ortiz, Ted Lewis, and Dan Green. So for all of the wrongs, bile, hatred, and perhaps unnecessary censorship, 4Kids had good intentions and can at least be fondly remembered for bringing us Pokémon and Yu-Gi-Oh.

Did you grow up with 4Kids-dubbed anime and what are you opinions on their practices? Leave a comment below or on our Twitter feed.