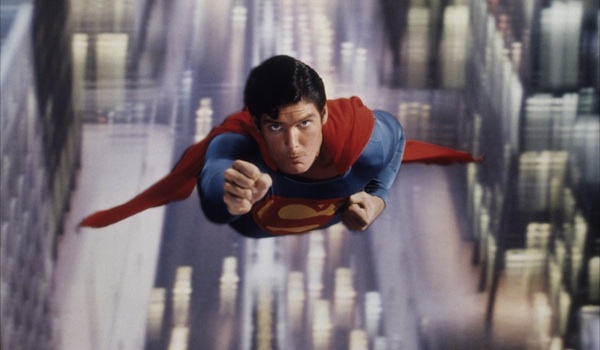 As an avid proponent of Top 10 lists, especially in relation to film or comics, I was ecstatic about creating a Top 10 Comic Book Movies list. I, like many, have created a mental list and rearranged the order about a hundred times, which means this list below may not be as finite as I’d like. But with this list, I made an effort to assess films based on comics, graphic novels, and manga. I think making it strictly superheroes is a bit dull so I wanted to broaden it for those deeper cuts. Enjoy!

10. Scott Pilgrim vs. The World The marriage of Edgar Wright‘s zany style with the whimsical source material proved to be a winning success. Michael Cera, playing his absolute Michael Cera-est, is a lovable idiot bass player for a crappy rock band (brilliantly called “Sex Bob-Omb”) whose infatuation with Mary Elizabeth Winstead‘s Ramona Flowers leads him to confrontations with her seven evil exes akin to levels in a old school video game.

The bright neon visuals of the film perfectly suit the cartoon violence that ensues as each evil ex proves a greater challenge for Scott Pilgrim to become Ramona’s BF. It’s equal parts comic book/video game/anime with a super cool soundtrack and the quick cutting which is so familiar with Wright. This kind of makes up for the fact we’ll never see his attempt at Ant-Man. It’s also fun seeing Brandon Routh and Chris Evans in this. I mean, if you can defeat Superman and Captain America, you should win any girl’s heart. Yes, this is dated and the whole spinning around the world to reverse time is kind of lame and makes Superman way too powerful, but the spectacle of this cannot be disputed. While we’re currently in the era of dark, mopey Superman, the gravitas of Christopher Reeve‘s performance is all the more admirable. His stoic and altruistic Man of Steel perfectly contrasts his nasaly, hunched over Clark Kent, making it believable that putting on a pair of glasses would work as a disguise.

The supporting cast, including Marlon Brando as Jor-El and Gene Hackman as Lex Luther, add to this experience which not only served as the first big superhero production but also one of the first blockbusters, coming out the year after Star Wars. And the cinematic bliss that is Clark racing across the street, ripping his shirt open to reveal the S, accompanied by John Williams’ score is still as awe-inspiring today as when it came out in 1978.

Anyone who’s a fan of Kill Bill should stop reading and go watch this right now. Based on a manga of the same name, this Japanese film is a beautiful work of gorgeous imagery and ultra violence (“Snowblood” is in the title, so that should be an indicator). It’s a pretty straightforward revenge tale of a woman who seeks to honor her mother’s name, but the impeccable choreography plus the lush poetic scenery makes this truly captivating. I don’t know if this is the first film to utilize bloody fights amidst an all white environment, but it showed how repulsively fun that can be. While the X-Men film franchise has ranged from high highs (X2: X-Men United) to low lows (X-Men Origins: Wolverine) none have knocked it out of the park quite like this one. Pretty much delivering a Terminator 2 plot but with mutants, this cleverly found a way of giving us all of the actors, old cast and new, in one movie that breezes along its plot points with immense fun. While the Quicksilver scene is the standout, there are tons of memorable sequences including the breakout of Magneto and the meeting of the young and old Charles Xavier.

But what truly sets this apart from the other films is its balance. It’s funny without being too jokey. There’s action but it always forwards the narrative. And there’s drama, sprinkled with some social commentary, which proves these superhero movies can be more than mindless escapism.

When Chris Evans isn’t a badass as the clean-cut, chiseled Captain America, he’s a badass with a grizzled beard on board a train from Hell. Based on a French graphic novel, this futuristic story involves the last remaining people having to board a train. This super train is made to run endlessly when the world freezes over after a failed attempt to end global warming. Evans, part of the class that is stuck at the tail of the train where they eat processed insects and bask in their filth, leads a revolt to make it to the front of the train and fight an array of baddies.

Directed by Korean auteur Bong Joon-Ho, this is probably the most video game movie without being based on one. They move through the cars like levels, each with a new aesthetic, and engage in epic brutality battling the waves of armies that come their way. Being his first English language film, Bong Joon-Ho intertwines American and Asian film-making. He incorporates the choreographed fighting of Asian cinema into a conventional action narrative.

5. Batman: Mask of the Phantasm

This might be the single greatest portrayal of The Dark Knight in media. Capitalizing on the success of the ’90s show, Paul Dini and Bruce Timm perfect the noir style of Batman in a film that’s dark, gritty, and truly dives into the psyche of Bruce Wayne. Dini understands this character better than anyone and delivers an original story that works as a satisfying character study.

With both Kevin Conroy as Batman and Mark Hamill as The Joker, the two are in their prime here. It also can be said that this movie, along with the animated series, holds up extremely well and represents the potential that can be reached with superheroes in animation. And for being aimed at kids, it’s pretty messed up. The Phantasm itself is frightening but equally so is Hamill’s Joker.

I’m someone who A) Didn’t like Andrew Garfield as Spidey B) Is looking forward to more of Tom Holland after his two scenes in Civil War and C) Absolutely believes this is the best Spider-Man movie. Sam Raimi takes everything that worked in the first film, exciting webslinging sequences intertwined with quieter character moments, and elevates it. The struggle of balancing Spider-Man and Peter Parker is effective and hones in on what makes Spider-Man interesting. He’s a regular dude with regular problems and this film emphasizes that well. Alfred Molina is an impressive Doc Ock and their fight on the train is one of the most memorable sequences in any superhero film.

Raimi never forgets to inject humour in his films, and some of it certainly feels dated now, but is never devolves into self-parody. The drama is always displayed in full and we care about the characters and their relationships. The emotional beats work and give these colourful characters humanity. Even though the followup became a bit of a mess that felt more like studio pressure than artistic craftsmanship, this film is full of heart and love for Stan Lee‘s creation.

No comic book movie has felt like it literally sprung out of the pages quite like this. It certainly helps that creator Frank Miller wrote and co-directed it. This was right before he and Robert Rodgriguez nosedived into irrelevancy and showcased their creative power by bringing this fun pulpy noir to life almost panel by panel. The stacked cast includes Mickey Rourke, Clive Owen, Bruce Willis, Jessica Alba, and Rosario Dawson, to name a few. It interweaves three of the stories to create a narrative where the city is the focus and each character represents a different facet of it. 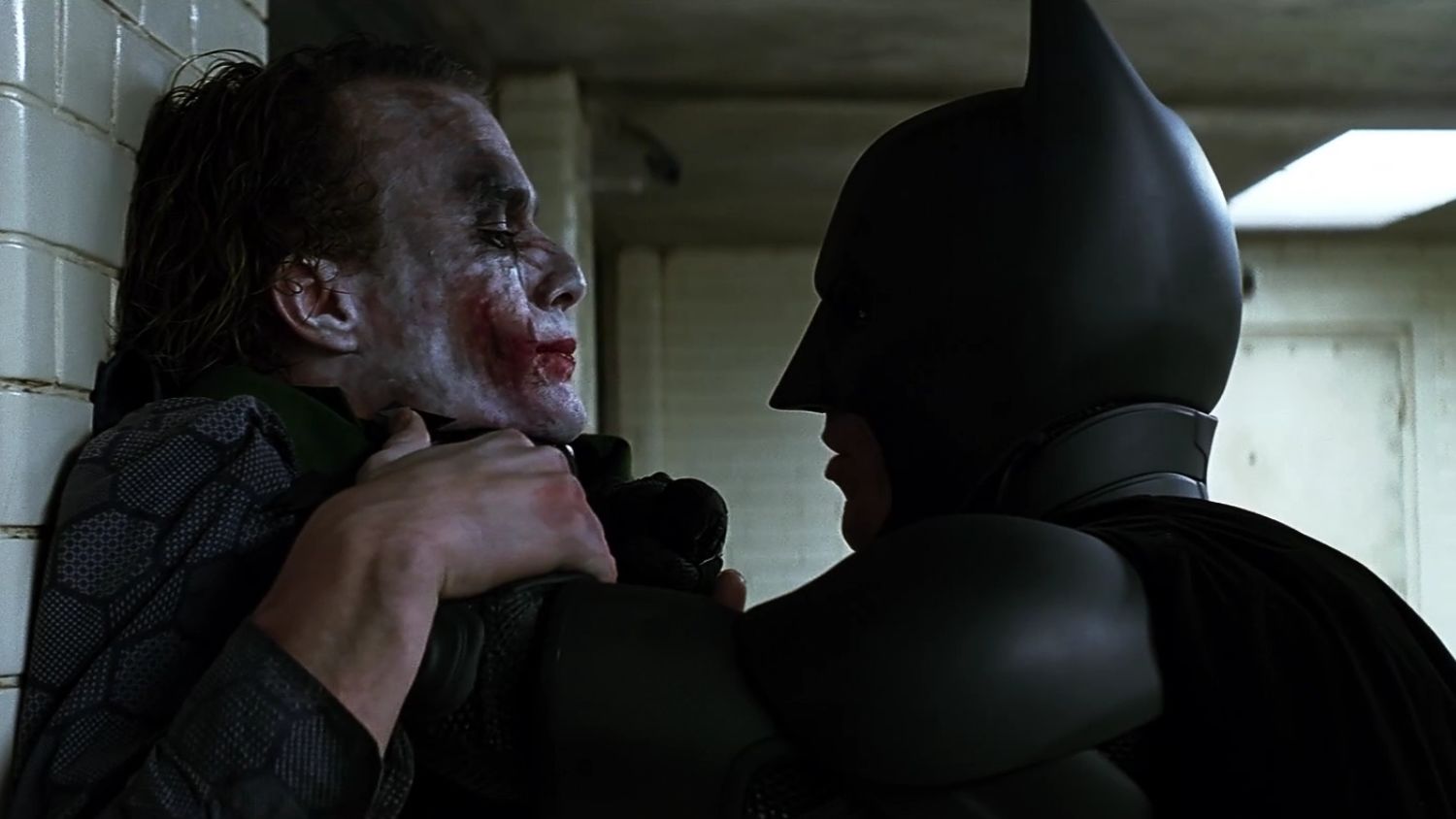 As good as Batman Begins was at cleansing the character of the Joel Schumacher filth and propelling Christopher Nolan‘s career, this film took things to a whole new level. A crime drama in the vein of Heat but with Batman? A real world terrorist who calls himself The Joker? This not only raised the bar for comic book films, it brought these animated characters into a very real world setting. This Gotham City looks identical to New York and Chicago. The characters are faced with moral conundrums and the film challenges the notion of heroism.

There’s not enough to be said about Ledger’s Joker. His villain is menacing, scary, funny, and unpredictable. Every moment he’s on screen you can’t look away. We see how Joker is a black mirror to Batman and gets into the cracks of his character. After this came out, he instantly became one of the all time great movie villains.

Nolan showed us what a superhero movie could be and everyone since has been trying to keep up.

This movie is fucked up. In the best possible way. More well known than its manga source material, Park Chan-Wook took the revenge tale to new, dark regions where the quest for vengeance leads to more repercussion than satisfaction. After Oh Dae-su is kidnapped and kept in a hotel-looking prison for fifteen years, he’s randomly released one day and given five days to find out who did this. It builds the intrigue throughout until its devastating and brutal climax.

Park Chan-Wook has a reputation for making films that are kinda, sorta batcrap crazy and this is regarded as his masterpiece. A film where the lines between good and bad are not clearly defined. Where the violence is extreme but important. Where seeking answers can be a pulse that keeps you going and a toxin that slowly tears you apart.

It’s the kind of film where you discover something new on each watch. There are layers upon layers to this and it requires you to come to terms with some disturbing truths about human nature.

What do you think of my list? Am I missing some that should absolutely be on everyone’s list? Let us know in the comments section or on Twitter!