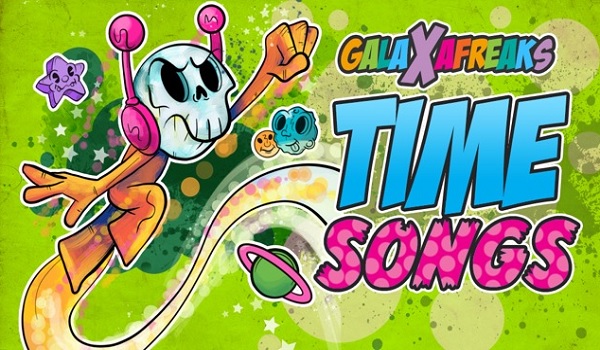 “Do you puke rainbows?”

“Is three dimensions just not enough for you?”

Maybe you need to read GalaXafreaks: Time Songs. Currently smashing its original target and romping towards some pretty epic stretch goals on Kickstarter, this comic is freaky like no other!

The GalaXafreas are a bunch of galaxy-sized weirdos getting up to hi-jinx! Andrew Pawley has previously successfully crowdfunded eight issues of GalaXafreaks. You can download a free PDF of three free comics here!

This three issue mini-series begins with the mysterious disappearance of both an intergalactic rock star and a whole bunch of star clusters! 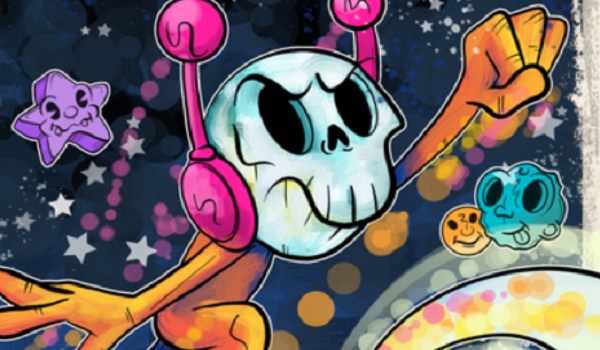 What others say about GalaXafreaks!

“The scripts are anarchic, wild, violent and cosmic. Like Robert Crumb and Jim Starlin working on the Beano with a colourist recovering from some long, strange trip he took in the sixties.” – Splank Comics

“Do you vomit rainbows? Is real life not as far-out as you wish? Are you ready to ride some chill vibes into the weirdest, most fun comic out there? GalaXafreaks: Dark Vibes takes you into space like you’ve never seen it before. A smattering of psychedelia and space odyssey, its stunning art and funny, groovy dialogue makes it a bodacious read.” – A Place to Hang Your Cape

“The GalaXafreaks experience is the Woodstock of comics.” – Comic Unknown

What is available on the Kickstarter?

A whole bunch of great pledge perks are available! 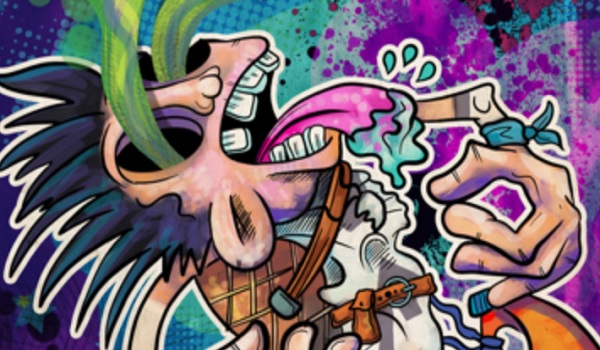 Andrew Pawley fell to this dimension in the south coast of England and has since disguised himself as a comics creator. A childhood and adolescent education from 2000AD and R. Crumb informs his fantastical and anarchic approach towards his creative endeavors! Andrew has previously drawn and written four issues of the original GalaXafreaks series. Issues one and two of this series are available for download for free as hi-red PDFs when you sign up to the GalaXafreaks mailing list.

GalaXafreaks is a unique comic book both stylistically and thematically. Open yourself to cosmic possibilities, tune in a multitude of galactic weirdness and give in the the gravitational pull of the GalaXafreaks!