Home » The O Men Vol.2 Shows the Darker Side of a Superhero Life 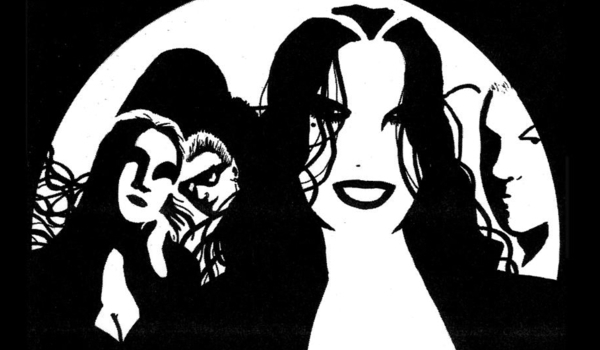 The first volume of The O Men left me hooked with its unique cast of heavily fleshed out characters and relationship dynamic, and presented ideas at a strong pace that kept me heavily engrossed and curious as to the continuation of the story. Well, The O Men Vol.2 keeps the pacing well as Martin Eden spends more time on developing the dark and enigmatic pasts of our dysfunctional O Men, as the skeletons of the past seem to rise up to the surface.

The first story arc “Malice” sees the team enjoying each other’s company with dinner at the mansion, in all its uncomfortable nature. But an unknown assailant is waiting in the shadows and knocks out each member of the team, forcing them to experience diverse and unique realities. As each person lingers in these realities, the culprit grows stronger. As Abby, the only non-superhuman (and Rob’s girlfriend) seems to escape their control, she is aided by Ruth, a former member of the UK Ultra Knights and Grace’s mother, to help save the others before it is too late. But what secrets will Abby uncover in the distorted mind of a twisted villain?

The next story we witness is “own worst enemy” and we experience a change of perspective as we follow Anathema, the nemesis of the team, as she watches and stalks the team away from the mansion, and the safety of each other. She witnesses disaster, betrayals and secrets coming to light whilst she plans her next move. But her powers don’t appear to be fully cooperative as it appears her host body is showing resistance and is fighting back her corruption. But which will gain control?

In “Reunion”, a party has begun to celebrate the release of a biography book on the UK Ultra Knights, causing superhumans from around the world to attend. Of course, the threat of Anathema still weighs heavily on the minds of our heroes as they merely await the inevitable. As Anathema finally makes her presence known to the former members of the UK Ultra Knights, their dark past is finally revealed as well as her true motive for revenge. But who is set to befall her wrath?

And finally, we have “Try to Remember”. And with this story we finally get some vital backstory for the Enigmatic Miss Scarlet as Eclipse, a member of Molly’s group of femme fatales, is altering the memories of the O Men, bringing up past events and even past foes for them to overcome once again. But as Scarlet’s own knowledge of her past is as big a mystery to herself as well as the others, this is her best chance to truly understand who she is and perhaps, who may know more. All culminating in distrust between certain members and a claim on the fate of our team…

Martin seems to have followed his own criticism set in the first volume and improved the style of the comic. The lines are neater and feels a lot more planned than the rougher design of the first volume, with more intricate details in the character designs and facial expressions. But in all the serious themes, Martin still gets the chance to add more light-hearted content. As a large part of “Malice” is set in a dream-like state, this allows Martin the chance to express his artistic talents as well as poke some fun at other mediums. We witness jokes at the expense of chick flicks, over-censored erotic novels, and even some well-known comic franchises. We also get to witness some great character designs at the party scene, with a large cast of diverse costume designs and abilities filling the venue. Here’s hoping that we get to see more of these great characters again in the future.

I overall quite enjoyed this next slice of The O Men story-line as we get to better understand the characters and the world they inhabit, in all its twisted nature. A stronger emphasis on the backstories and past events of the characters make them feel more unique and troubled all the same and with all the current narratives in place, we can only imagine that their hardships have only just begun. But what will they encounter next? Only time (and the next volume) will tell…

Have you picked up copy of The O Men yet? What would you name your superhero team and why?
Sound off in the comments or send us your thoughts on Twitter!