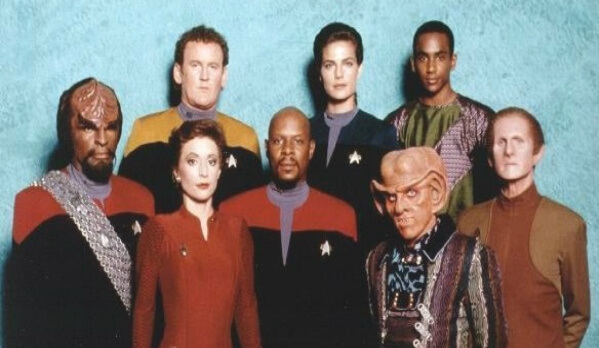 An Indiegogo campaign has been launched for the new documentary What We Left Behind, which will examine the unusual success achieved by the series Star Trek: Deep Space Nine. If you’re a Star Trek fan (who isn’t?), you’re gonna want to help this get made.

Often referred to as the ‘black sheep’ of the Star Trek family, Deep Space Nine is now widely considered by many fans to be the greatest show in the franchise because of its emphasis of darker and more complex plotlines, which often focused on the theme of war. If you feel like catching up, a DVD box set containing all 176 episodes was released last month.

What We Left Behind will be directed by non other than Adam Nimoy, the son of Spock actor Leonard Nimoy. Back in 2015, he ran a successful Kickstarter campaign the create the acclaimed documentary For the Love of Spock, which offered an incredible insight into his father’s extraordinary life and career. If you haven’t yet seen it, don’t waste anytime purchasing the DVD. DS9 showrunner Ira Steven Behr is also working with Nimoy to help make What We Left Behind as authentic as possible, we we’re in good hands.

Many of the documentary’s interviews have already been filmed, with more shooting set to take place in the near future. Michael Dorn, who starred as the Klingon Worf, will appear in alongside series regulars René Auberjonois, Armin Shimerman, Alexander Siddig, Hana Hatae, and Chase Materson, although Avery Brooks, who starred as protagonist Captain Benjamin Sisko, unfortunately does not appear to be involved. For now, at least. The cast members who are onboard shot a campaign video that you can enjoy below.

Deep Space Nine only lasted for seven seasons, with its planned eight season now having reached almost mystical status among fans. And while we’ll never know for sure what the planned final season may have entailed, What We Left Behind will feature interviews with the series’ writers discussing what would likely have went down had the series been produced, so fans definitely are not going to want to miss this. The secrets of the unproduced season will finally be revealed.

Despite the fact that a whole bunch of Deep Space Nine alumni are onboard, Star Trek owners Paramount, who are a subsidiary of Viacom, are not involved with What We Left Behind (although they gave it their blessing), so part of the money raised in the Indiegogo campaign will go towards licensing clips from the show so that they can appear in the film.

Star Trek has always been known to have one of the strongest and most vocal fan communities of any franchise, so you probably won’t be too surprised to know that What We Left Behind has already smashed its $148,978 crowdfunding goal. It’s currently raised an incredible $524,135, a number that will continue to rise, and backers who contribute significant amounts will even have their name included in the credits. There’s still a few days left in the campaign, so head over to Indiegogo and help make a piece of Star Trek history.