Home » 6 Reasons to Get Excited for Doctor Who Series 10 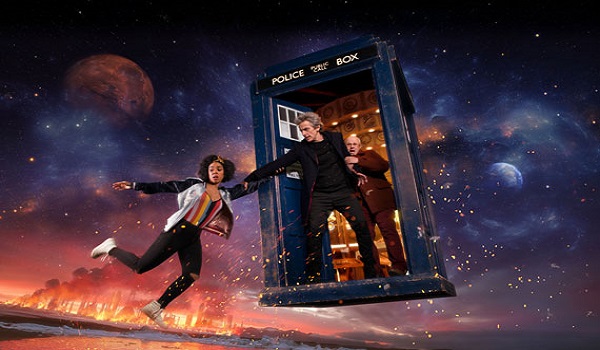 It certainly feels like a long time since we got our last daily dosage of Doctor Who. 2015 to be precise. Damn! Last year felt excoriating in terms of waiting. Thankfully I had Big Finish Productions to fall back on because the BBC certainly weren’t doing anything for my patience. Cough, cough, Class!

So with Doctor Who finally returning to our screens on Saturday 15th April for a full-run of episodes (starting with the premier episode, “The Pilot”) it seems like a good time to put our nerd caps on and go through the “Top 6 Reasons to Get Excited for the New Series!”

6. Doctor Who is Back 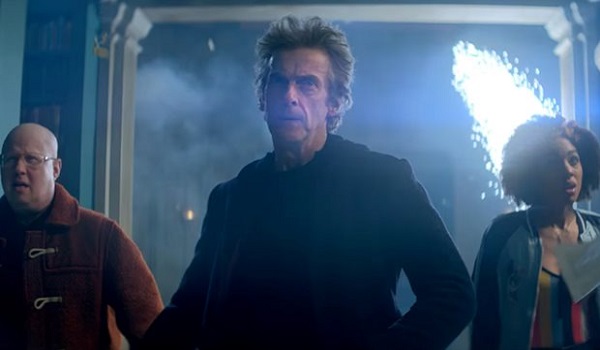 I know this might seem like a random choice but it is fairly true. Doctor Who has been off the air since 2015. That’s a long time without any real content, besides the mix-bag that was Class, and one measly Christmas Special, “The Return of Doctor Mysterio” (which was good, don’t get me wrong). But, say, it is nice to know that we will have 12 consecutive weeks of guaranteed Doctor Who. Plus it’s great to have the show back in the Spring where it always felt at home.

Although I would argue that the Autumn did also suit Doctor Who greatly, what with the dark nights to give each episode a bit of atmosphere, but I hated seeing the show slammed for its poor ratings the past few years and so, as a fan, it would be encouraging to see the show do well again in the public eye.

So, yeah, the return of Time Lords, companions, monsters, and plenty of adventures in time and space inside a little wooden box that is bigger on the inside! 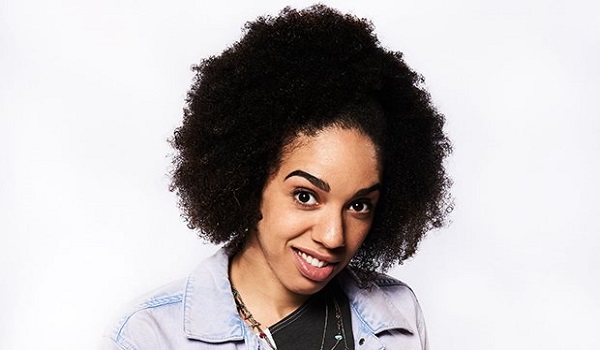 There are a few occasions in the show’s history where change happens and you get overly excited about it. A new companion is one of those times. I suppose this is low on the list because, to be honest, I still don’t know what to make of Pearl Mackie. She’s a fairly new actor so I can’t judge her beyond the few clips we’ve seen. In the teaser clip we got last year she seemed okay, but just okay isn’t too inspiring.

But that shouldn’t necessarily activate red alarm bells. In fact, it just makes more curious as to how Steven Moffat will approach telling the story of Bill Potts. With his recent comments of “The Pilot” serving as a literal stepping on point, and an almost reboot to the show, it’s going to be even more interesting seeing her fresh face explore the wonders of The Doctor’s universe, and of course, how she bonds with the mysterious Time Lord. To be fair, it has been a long time now since we’ve had an introductory episode like this where the rules have to be taught all over again, and after 53 years it still hasn’t got old.

Though there are the rumours that Bill won’t be around very long (what with the BBC apparently wanting a clean-slate in the wake of Chris Chibnall‘s arrival as the new show-runner for Series 11) so I guess I hope that Moffat produces some really good tales for her to go on, and develops her accordingly so she doesn’t feel like a filler companion. I want her to have an identity, and above all, feel organic and human, instead of being a cog within the ongoing story-arc. 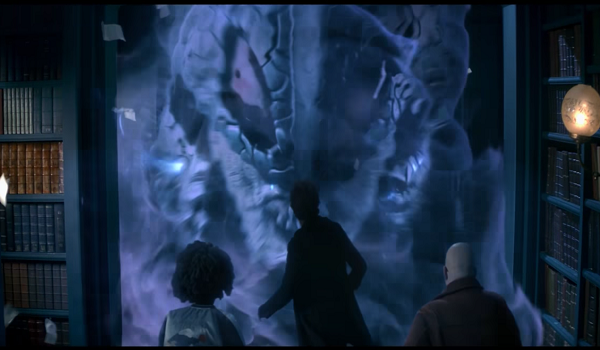 With every new series we can expect a nice mixture of brand-new villains and old favourites. Series 10 is certainly delivering us with some hefty treats when it comes to returning Classic monsters. First we have the usual arrival of the Daleks, who will be appearing within “The Pilot”. We then have the return of the Ice Warriors. The Ice Warriors were first introduced back in The Second Doctor’s era, appearing in serials “The Ice Warriors” and “The Seeds of Death”. They then returned for The Third Doctor’s era acting as allies in “The Curse of Peladon”, before becoming the villains again for “The Monster of Peladon”.

The deadly Martians then disappeared from Doctor Who until their long-awaited return in 2013, “Cold War”, penned by Mark Gatiss. This story had the creatures revitalised for a modern audience, with Gatiss promising to do something similar for their latest outing, “The Empress of Mars”, were we can expect to see a brand-new variation of the creatures.

And finally, Capaldi’s wishes have been made true. His favourite monsters, the original Mondasian Cybermen from “The Tenth Planet”, are returning for the series finale. This was certainly a surprise as Moffat had indicated time and time again his dislike in their design, due to the BBC budget restraints back in 1966, but out of respect for Capaldi he has been granted an encounter with them. And to give the production design credit they have done well at bringing their Classic look back to life, as if they were plucked out of the 60s.

My only concern is this idea seems a little gimmicky, like having the Classic Daleks randomly appearing in Series 9s opening two-parter. But it seems like they will be the main threat (or at least one of the main threats) so that sparks more confidence. And since we have yet to have a decent Cybermen story within the modern era, here’s hoping that this can be the one that shines. 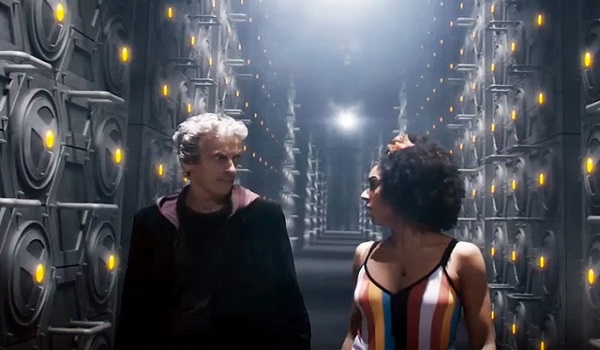 We certainly have some good writers aboard this year, with fan favourites Sarah Dollard, Jamie Mathieson, and Toby Whithouse returning to pen an episode, with each of their titles sounding rather interesting. We also have the surprise return of Classic Who writer Rona Munro, who was responsible for the final serial within the Classic era, “Survival”.

The stories this year have promised to strip the show back to its very basics, i.e. concentrating on the adventures, and where The Doctor will take his companions next. There’s talks of stories featuring robots that speak with Emojis, a creature leaving within the Thames, sinister Monks, the mysterious Land Lord, and a three-part story in the middle written by Moffat, Whithouse, and Peter Harness. So all in all, Series 10 looks quite strong in its line-up, which is exactly what The Doctor ordered! 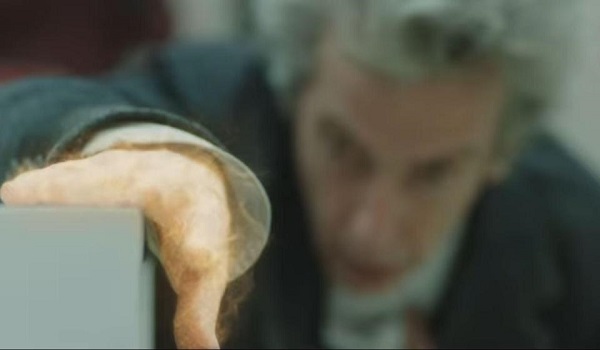 Though this is technically a bit of sad news, and I know a lot of fans are still in denial, hoping that Peter Capaldi will still change his mind. But unfortunately we must accept this tragic moment as a fixed point in time and prepare ourselves for the inevitable.

I’d imagine if Moffat has any sense he will do his absolute best to end Capaldi’s era on a high note. By the sounds of things Moffat is doing his best to make his last series a good one. With everything mentioned above I’m really confident that Capaldi will be delivered a really strong swan-song that accumulates his era and his persona perfectly.

I guess looking past all the negativity, it’s another point in Doctor Who in which I get excited about. Although it’s really sad when an incarnation passes on, it’s also really exciting to see how the show will regenerate itself in the aftermath. Also I find that The Doctor’s last adventures are always vamped up because it’s a sort of send-off for them, and I’m hoping Series 10 feels just like that – the perfect send-off for Capaldi’s Doctor. And what with Capaldi recently stating that his end will not be straightforward, and the fact that the last episode of Series 10 will be called “The Doctor Falls”, us fans are going to be in for a bumpy ride, and probably a shed full of tears. 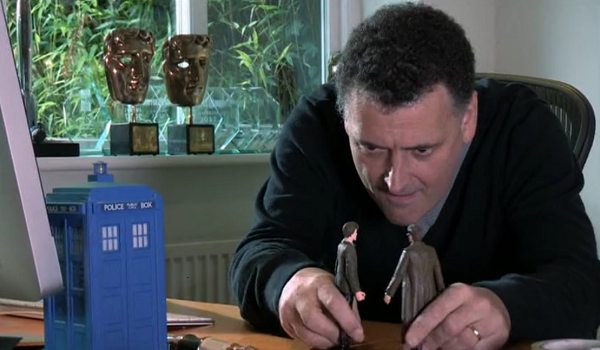 Just kidding of course. Although I am glad that he’s going because I think he’s served his time on the show and it’s definitely the right time for someone else to come in and revamp the show, just as Moffat did back in 2010. My real number one pick is none other than…

1. The Return of The Master 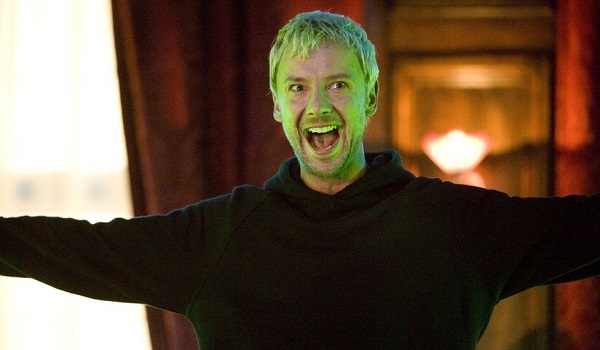 This one was a complete surprise to me – pointed out by my partner, to which I quickly ran to my laptop to confirm the truth. John Simm is returning! And like a childish fan-boy I nearly jumped through the ceiling with such glee and excitement. It’s sometimes really nice to receive news that makes your body buzz with thrills. And this piece of news was what I really needed in this time of insecurity.

Say what you will about Simm’s performance, and appearance, within his last story, “The End of Time”, but I felt he sold it and added to The Master’s insanity and his quest for purpose. It almost became tragic by the end when it was revealed that Rassilon and the High Council manipulated his youth in order to make a bridge out of the Time War, ultimately causing The Master to go insane in the first place. This led to him sacrificing himself to save The Tenth Doctor after his arch-nemesis, and old friend, chose to save him and ultimately fell into the Time War.

Joining him will of course be Missy. I will admit that I got really annoyed to see Michelle Gomez replace him without any real reason, added by the mockery that The Master’s character was almost made a complete joke. Some would say that she carries Simm’s madness but it’s even more over-the-top and has no real substance besides being mad for the sake of it. I’m really hoping with Simm’s return we can get The Master back on track and re-establish in the public eye what made him such an iconic character before he became a gimmick.

On top of this I’m hoping that if Moffat is smart he’ll reveal that Missy was never The Master but instead was simply disguising herself as him. Maybe it turns out she’s an obsessed Time Lady that found The Master after he fell into the Time War and offered to help him with his failed resurrection, which would’ve still been killing him. Whilst he healed himself, and prepared some sort of dark scheme for his inevitable comeback, Missy was sent out to distract The Doctor in a sick-twisted game until The Master was ready to show himself. That would certainly make me happy, and thus make Missy’s character more meaningful and diabolical.

At the very least we’ll hopefully get an entertaining story, to which I hope Simm’s incarnation is allowed to shine and get every chance of stealing the show as he did before. I will admit the whole premise of a multi-Master story just spells out, “BBC copying Big Finish,” with them already producing their own three-part story-arc last year featuring Geoffrey Beevers‘ incarnation and Big Finish’s own Alex MacQueen incarnation (set between Eric Roberts‘ incarnation and Sir Derek Jacobi‘s incarnation) last year.

Hopefully, the BBC can also pull it off and we as fans finally get to see multiple Master’s onscreen for the first time, made even better if we had multiple Doctor’s onscreen as well (Paul McGann anyone? One can dream).

So, there you have it. My picks for “reasons you should get excited for Series 10”. Did you agree with my choices, and if not, what are your personal picks. Sound off in the comment section below or share your thoughts on our Twitter feed!