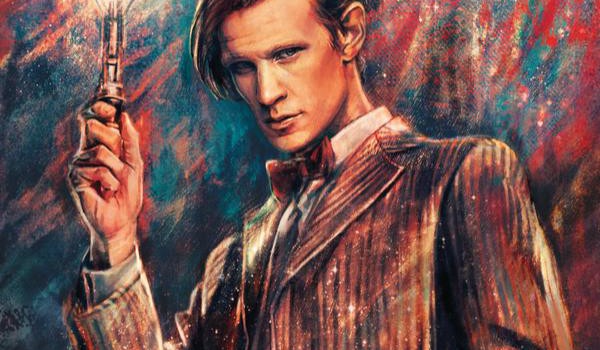 It’s been a while but we’re here to go back in time and give some updates on the wonderful comics Titan Comics has been dishing out for us. And yes, when we say we’re going back in time, we’re talking about Doctor Who. Which happens to be one of the comics below.

It doesn’t happen to be, we did that on purpose.

The following titles are available for purchase March 1st either through comic retailers or Titan Comics themselves!

A continuation of Doctor Who: Eleventh Doctor #3.2 (which you can read our mini review here), #3.3 gives us a new crew of misfit companions including an extraterrestrial being that resembles a tree and Alice’s neighbor who for some reason is housing different versions of himself from various time periods. And, of course, we can’t forget the Eleventh Doctor’s own quirkiness! If you’re a fan of the Eleventh Doctor, this is a definite must read.

This comic is a bit tricky. There’s a lot to say here and, I mean, a lot. For one, the artwork is absolutely stunning with each panel. It gets the tone of the story just right and the amount of detail is incredible. The overall story is where things become complicated. The story follows Frank Kitchen a former hitman who has been surgically turned into a woman and seeks vengeance on those responsible. Yeah…that’s all I’m really going to say about this one. It’s definitely worth the read if you don’t mind getting into an interesting conversation with fellow readers. But be warned: this comic covers sensitive material and is also on the more graphic side of things.

As someone who had never seen an episode of Penny Dreadful but then watched the entire first season of the show because of this comic, I can definitely recommend it. Granted, I stopped watching Penny Dreadful after season 1 but this comic got me started in the first place so major kudos for that. The first volume serves as a prequel to the events of the series so even if you haven’t watched the show, it is easy to catch up on the overall storyline. The downside is, this comic will reveal important plot points from the show that come later in the series. The artwork is absolutely beautiful and matches the tone of the show perfectly.

All the above comics are available through Titan Comics on March 1st. Get your copy of your favorite titles today!