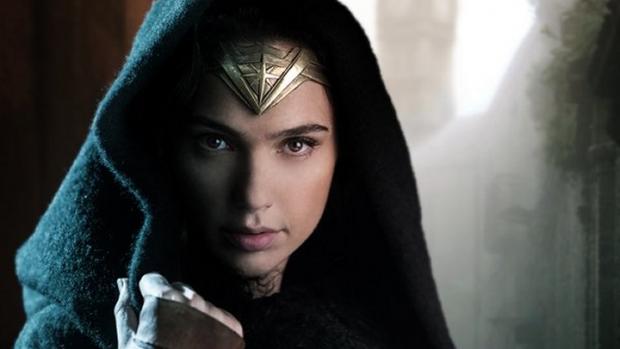 There’s only one more month until Wonder Woman, directed by Patty Jenkins and starring Gal Gadot as Diana/Wonder Woman and Chris Pine as Steve Trevor. The final trailer was released and I have to say that I really, really hope, that it’s going to be a great movie and do justice for Wonder Woman. This movie is the first time a female superhero has a movie on her own.  Unfortunately, DC has a history of making epic trailers and the movies not delivering the movies that we thought we were going to get (see Batman v Superman: Dawn of Justice and Suicide Squad).

Needless to say, the trailer was good and showed a few new things. But there was one thing that I was really happy to hear in the trailer. Hippolyta, tucking little Diana into bed, was cautioning her and she said “Fighting doesn’t make a hero.” And I think that is an important part of Wonder Woman, that she is not just a bada$$ Amazon Warrior Princess, but a Bringer of Peace.

Also, we saw the Lasso of Truth in action on Steve Trevor, after he crashed on the island. It was really great that the Lasso isn’t going to be dead weight in favor of a shield and sword.

Queen Hippolyta’s love for her daughter in shown every time she’s in one of the trailers—warnings and worrying her m.o. I hope that she does get to do more than being a worry-wart, over-protective Mama, because you know, she’s the Amazon Queen and one of the greatest fighters in Greek Mythology.

By the way, Diana scaling the cliff to get to the chambers where the tiara, shield, sword, and lasso were was really neat. Dr. Poison was officially named in the trailer, so that’s pretty cool. We haven’t seen Ares yet, but there are Wonder Woman official merchandise, action figures of Ares out, though.

Also, the trailer had a very cool and appropriate song in the background, “Warriors” by Imagine Dragons. I think it fit with the tone of the trailer and Wonder Woman herself.

I am a little worried that they are going to be work the fish-out-of-water/immigrant scenario a lot with Diana, though. However, I like how Steve Trevor is panicking to explain who this woman is and eventually Diana started to introduce herself as Diana, Princess of Themyscria and Steve is like “Diana Prince.” How she got her codename indeed.

In addition, we see more action scenes, not just for Diana, but for Steve Trevor, so he won’t be completely useless in the shadow of Wonder Woman’s awesomeness. Steve Trevor is a really hard guy to write because of him being a normal human male in comparison to Wonder Woman. But I think casting Chris Pine will do him justice and make him worthy of Wonder Woman’s attention.

The major pet peeve is that it is so obvious that Zeus is going to be Diana’s father. Like from the previous trailers, we see an example of her power during trailer. In this trailer, however, we have an image of her floating, flying. Why, oh why, did they have to go with the Diana is Zeus and Hippolyta’s daughter scenario? It completely subverted the entire existence of Wonder Woman to the normal coupling of a male and a female. I think they should have stuck with the made of clay by Hippolyta and blessed by the goddesses, so no male was involved in her birth. But that’s probably, maybe, just my problem, because it didn’t bother me at first but not that I see it’s going to be a big part of the story, it’s a problem for me.

This time around, we didn’t see Etta Candy, only briefly gasping at Diana ripping her dress. And we still don’t know about many of the other characters, so I’m hoping that this is all a good thing and there are epic scenes to come. World War I/The Great War was a bloody conflict and so I hope they respect and do it justice, as well.

Wonder Woman is coming out in the beginning of June. I will go see this movie and since the only part of Batman v Superman that I liked was Gal Gadot as Wonder Woman, I hope that I’m going to love this movie. If this is the only DCEU movie that I completely love, then my life will be complete, and all the other movies could suck for all I care.