Home » Guardians of the Galaxy Vol. 2: A Sequel That Surpasses the Original 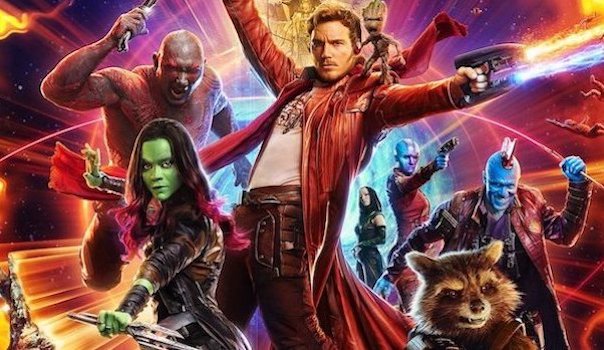 Guardians of the Galaxy Vol. 2 has only been out for a short while, but it’s apparent that this is another homerun for Marvel Studios/Disney.

As usual, I made sure to see this comic book movie opening night because 1) I love my comic book movies, and 2) I wanted to avoid the spoilers that would undoubtedly make their way to my Facebook/Instagram feeds. I went in with some pretty high expectations

But, as much as I love the Marvel Cinematic Universe, I won’t deny that the films have become very formulaic. We almost always know what’s going to happen. I was expecting another fun movie with likable characters, a mediocre to less-than-stellar villain, decent action sequences, and some excellent post-credit scenes. The usual routine. Despite my high expectations, I did not believe this movie would surpass the original. I thought it would be just another popcorn flick along the lines of Doctor Strange or Iron Man 3. Well, I can tell you I was pleasantly surprised. Not just because this was an excellent sequel, but I actually enjoyed it more than the first! (Spoilers ahead!)

I don’t have the time or space to give an in-depth review of the entire movie, but I will certainly give credit where credit is due.

First, the character development. The first Guardians of the Galaxy did a pretty good job fleshing out each of its characters. We got some decent development from Peter, Drax, Gamora, Rocket, and even the limited-linguist Groot. But this movie took it to a whole new level. Looking back, I’m honestly surprised at how they managed to cram in so much character background into two hours. Then again, it’s not like we learned much more about characters like Rocket, Groot, and Drax. However, we definitely discovered a lot more about Peter and Gamora, especially in regards to their relationship with Yondu and Nebula, two side characters who became heroes the second time around.

In the original Guardians of the Galaxy, we knew how Gamora and Nebula were competitive sisters raised by the vicious Thanos. While Gamora was eventually turned to the good side after her time with Peter and his crew, Nebula refused to defect. By the end of Guardians of the Galaxy, she had chosen to strike out on her own, refusing to side with Gamora or Thanos.

In the first movie, we assumed Gamora and Nebula were just extremely competitive. This time, we know exactly why they resent each other- and it’s all Thanos’ fault. This development not only helps strengthen the characters’ relationship on screen, but it also solidifies why exactly Thanos is such an evil prick and why he needs to be stopped. Nebula, whose moral compass is still a mystery, now has a purpose to fight the Mad Titan, and it’s not some noble cause like the Guardians or the Avengers have. It’s simply for revenge. THAT’S DEVELOPMENT.

We learned all of that in this movie.

Then there’s Yondu. In the first movie, he was a space pirate responsible for abducting Peter, possibly abusing him for years on end, and eventually helping him defeat an evil space army and saving a planet (even if it was done mostly out of greed). But in this movie, we go further into Yondu and Peter’s relationship. We learn that Yondu initially abducted Peter as an errand for Ego. But upon discovering Ego’s sinister plan, Yondu refused to bring him in. In the first movie, we thought “Wow, Yondu is kind of a douche”. But now we see the real reason for him keeping Peter around all those years, and it’s actually very noble. He was easily a better father to Peter than Ego would ever have been, and his ultimate self-sacrifice proves that.

There’s a heartbreaking moment when Yondu is betrayed by his own pirate gang because he’s “gone soft”. You can tell how hurt he is from being exiled from the only family he’s ever known. And when he has a chance at revenge, he shows no mercy. He’s not your typical good guy who’s going to forgive you if you double-cross him. To Yondu, family is important, and if you betray that bond, you’ll get a magic arrow through your heart. 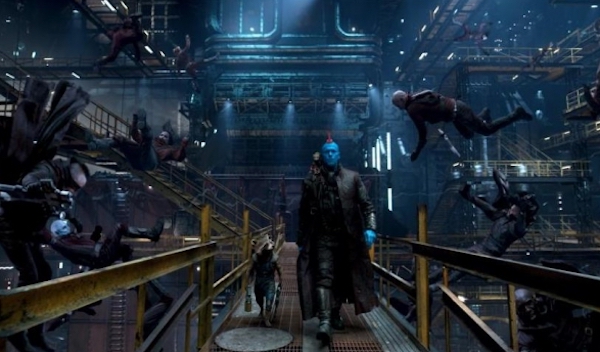 Let’s step away from the characters, or at least the good ones. Let’s look at the villain. As I touched upon earlier, Marvel’s villains tend to be mediocre at best, with very few being of high quality. In the first Guardians of the Galaxy, we had the Guardians battling Ronan (with Yondu and Nebula being more of irritating distractions rather than actual villains). While Ronan was badass, there wasn’t much to him. He was a guy who simply wanted the Infinity Stone so he could destroy Thanos and rule the galaxy. Very cliche and very cut-and-dry.

This time around, we have a villain with depth! I’m not talking about Ayesha (though the post-credit scene indicates she may have a larger role in the sequel). I’m talking about the big guy himself: Ego. It’s not like he was some random putz who wanted to destroy the galaxy. He was a man with a reason. We knew why and how he was going to unleash his plan. A villain needs a reasoning behind his/her goals. They can’t just be your typical “I’m gonna take over the world mwahahaha”.

Almost everyone has some great lines. Peter, Drax, Yondu, Rocket, etc. Drax and Peter have become the comedic centerpoints of the movies, but the hardest I laughed during this entire movie was Yondu exclaiming “I’m Mary Poppins, ya’ll!”. Would it be too much to get that tattooed on my neck? What if I get Michael Rooker to sign that on my forehead at Comic Con this year?

The humor was well-balanced throughout the entire movie. There may have been a few jokes that I thought could’ve been left on the cutting-room floor, but overall, I don’t go into a comic book movie about a talking raccoon and NOT expect jokes. It’s like getting mad that there’s too much humor in an Adam Sandler movie (pre-2000s Sandler). You’re watching a comic book movie. Don’t be afraid to have fun.

And even with all the humor, it never overshadowed the more dramatic parts of the movie. Peter finding about what Ego did to his mother, Nebula confessing her hatred to Gamora, and, of course, Yondu’s death.

After how likable he became over the course of the movie, it was sad to see Yondu go. But that’s another reason Vol. 2 was better than its predecessor. In the first movie, Groot sacrificed himself to save the Guardians, but we weren’t sad for long because he came back as a little sprout. This time, we have a character who is definitely not coming back (unless Doctor Strange works his magic in Avengers: Infinity War). And it’s not like it was a random Red Shirt either. If Yondu died in the first movie, maybe it wouldn’t have been so bad. But we just spent two hours watching the guy redeem himself. Of course we’re going to be sad when he bites the dust now, especially since he just sacrificed himself to save his adopted son.

It’s often difficult for me to rank my favorite movies, especially within the MCU. But I can confidently say that Guardians of the Galaxy Vol. 2 is one of the tops. I’m sure there will be some article coming along any day now about why it’s actually one of the worst MCU movies for this reason or that. In the end, it’s all a matter of personal preference, so you can love it or hate it. But I don’t see how anyone can complain about the emotional impact and the outstanding character development within this movie.

P.S. I don’t take the credit scenes into much consideration when judging the quality of a movie, but I’ll say that Vol. 2 definitely had the upper hand here. Stan Lee hanging out with the Watchers, Adam Warlock’s call-out, teenage Groot. What else could you ask for besides a Nova cameo?

Do you agree with me that Guardians of the Galaxy Vol. 2 is better than the original? Or is the first movie simply untouchable? Sound off in the comments or send us your thoughts on Twitter!