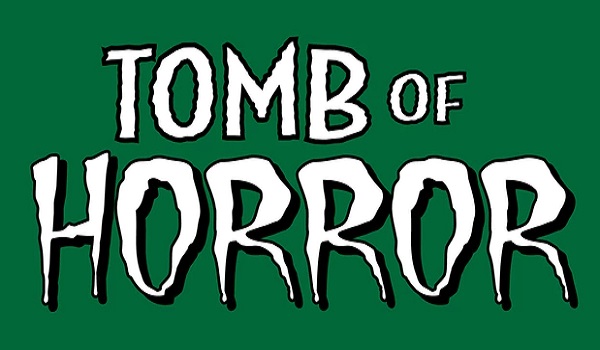 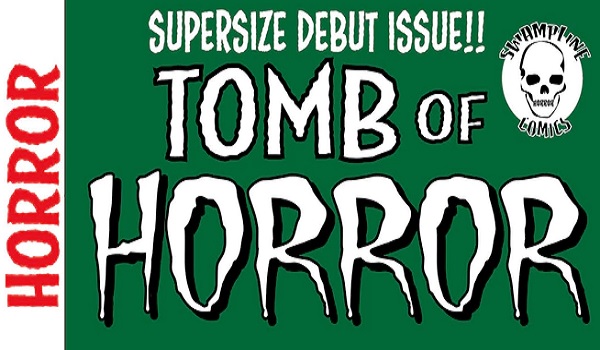 Horror and terror await! Tomb of Horror is an anthology of sixteen dark tales featuring many artists and writers (too many to name here!) across 100 horrific pages. Stories like “How Will I Die Tonight? and “The Supermarket” should keep the most craven readers (like yours truly) in the grips of unspeakable fear for many nights to come, and will not disappoint readers who like a good scare.

There are plenty of ghastly (see that?) rewards available when you pledge to the campaign, such as art prints featuring some classic horror characters like Jason Voorhees and Leatherface, and shirts and patches. Everyone knows that if there is one thing better than comics, it’s comics and extra stuff!

Head on over to the Kickstarter campaign and support Tomb of Horror today! 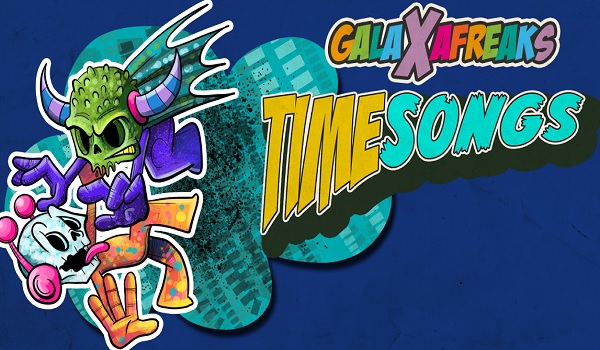 GalaXafreaks: Time Songs returns to Kickstarter with its second installment! If you like weird, wacky stuff then this book is right up your alley. Andrew Pawley combines psychedelic space madness and science fiction with galactic antics and face-melting visuals, continuing the story of intergalactic rock star Crystal Rock and cosmic superhero Captain Yeah!

New to GalaXafreaks? Fear not, space-worthy readers! The campaign features reward tiers that offer the previous issue as well as tons of other cool stuff like postcards, temporary tattoos (you badass, you) and even an extra bonus story!

What are you waiting for? Get in your space-car and head on over to the official Kickstarter page! 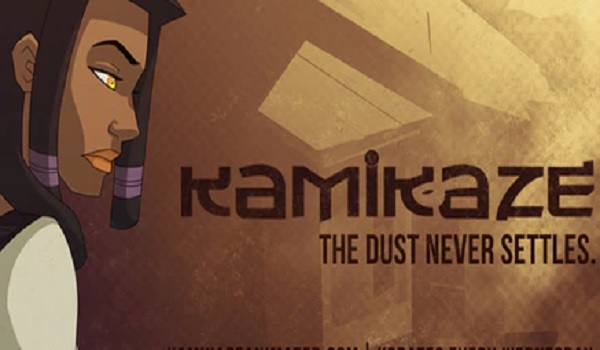 Kamikaze has also returned to Kickstarter with its second volume! For those not in the know, Kamikaze is a webcomic that updates each week and has previously gone to print with its first collected volume thanks to a successful crowdfunding campaign.

After a botched delivery job, protagonist Markesha Nin finds herself entangled in the violent underbelly of the city and she is forced to make a decision: take her chances in the wastelands, or stay and risk her own life for survival. Packed with stunning artwork, Kamikaze has action, intrigue and the right amount of sketchy characters to keep readers on their toes. The creative team consists of Alan and Carrie Tupper, and Havana Nguyen.

Check out the official Kickstarter for Kamikaze where you can get all kinds of rewards like “walk on” and speaking cameos in an upcoming issue, the previous volume of the series and a bonus story called Soundbox!

Are you running a Kickstarter for a comic book? Want to be featured in the Kickstarter Korner? Email Kaptain Kickstarter (that’s me!) at kickstarterkorner@ap2hyc.com