Home » The Lionman Prides Itself on Strong Characters and Ferocious Artwork 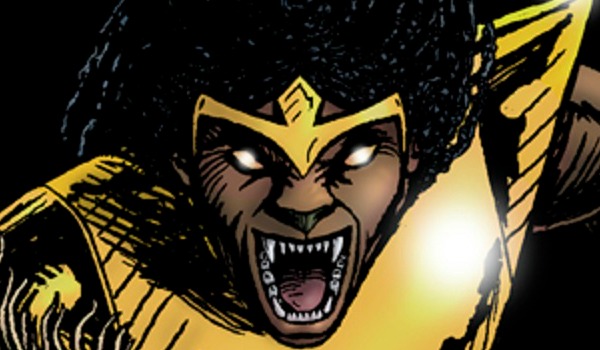 “This world is a harsh place, this world…” though possessing a medallion capable of extraordinary powers doesn’t hurt. It only complicates matters. Rick Hannah‘s The Lionman is no Lion King or Black Panther, but it certainly has claws of its own. The Lionman offers readers a rich world built by folklore and strong characters, yet unfortunately fails to keep that glory blazing by the final pages.

This mythological adventure comic revolves around Washington DC teen Skyler Brade. He’s an ordinary kid sadly living in a harsh reality, when his ancestors step in with a magical talisman. When a drop of Skyler’s blood coats the talisman, it transforms him into the legendary Lionman. Meanwhile, crouching English gentleman and hidden bad-ass Sir Michael returns his ancestral artifacts back home and comes face to face with an evil yet tantalizing spirit.

One of the strongest aspects of The Lionman is its artwork. It’s funny, then, that Hannah is so adamant fans overlook it. In his personal note after the adventure, he claims responsibility towards words, lettering, drawings and coloring (the last being a shared contribution with Daune Price-Hannah), but seems ashamed a human being didn’t hand drawn the art. Whatever computer sorcery was used, it made for a stunning comic. You can practically hear a lion’s roar ripping off the page when Lionman springs onto the scene. Hannah might not be so quick to condemn or discount the value of the artwork, regardless of whether it was hand-drawn or not. It’s part of a comic’s lure.

Regardless, there’s good reason why Hannah wants The Lionman readers to zero in on the characters – they’re dynamic. Skyler’s story feels extremely real, as heartbreaking as that is. He’s a good kid who wants a better life for himself and his family, but is trapped in a dangerous neighborhood that literally shoots him down. Elsewhere, an aged yet still lethal Sir Michael delivers the comic’s novel-like impression through an articulate and colorful backstory.

However, the final showdown, where both of these characters finally meet, is a letdown. First off, Skyler, now fully Lionman, tangos with cronies dressed like robot cats. It’s a puzzling and distracting choice, especially because the comic is so invested in North African folklore; unless of course there’s an untold cat robot legend on the prowl. Even worse than that, and the biggest fault of The Lionman, are the rough transitions between the issue’s two plots and its pacing. The comic presents Skyler’s and Sir Michael’s stories as intertwined, yet the only thing that connects the two together is the talisman. The transition between stories isn’t  smooth. It’s almost as seamless as fighting hyena-werewolves then men dressed as cat robots. When Lionman and Sir Michael finally do collide, it’s dead on arrival and packs no emotional cat swipe whatsoever. It feels tacked on rather than blended together.

Overall, The Lionman reads more like a novel than a comic book. From the author’s own words, this is a story about words, characters and plot. It lays the exposition and dialogue on thick amid its compelling graphics and fascinating characters. The pacing is slow at times, but ultimately worth the investment. It’s not a comic for the casual reader, so buckle down and let The Lioman transform your reading experience.

Have you come across The Lionman in the comic jungle? You can buy it here, then tell us what you think on Facebook or Twitter!