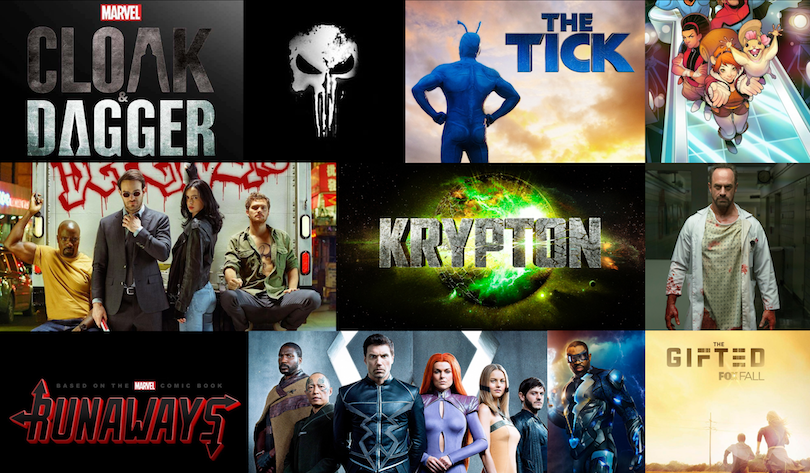 With the television upfronts now at an end, we have a slew of new comic-inspired shows to look forward to next season. It seems that the world has finally caught on to the fact that superheroes, and the comic genre, are here to stay. The CW, ABC, and Netflix are no longer the only networks/streaming services that will be known for their hero-themed productions, with Fox, SyFy, Freeform, and Hulu now hopping into the fray with new programs from Marvel, DC, and Image Comics.

All of the major networks are taking advantage of the seemingly universal love for superpowers and, if the new shows slated for next year’s TV season are anything to go by, we’re in for a treat.

Don’t let the lightning bolt fool you! This show ain’t about Barry Allen’s Earth 2… or 3… or 4. Black Lightning, joining the CW’s already jam-packed superhero line-up, will follow the titular character (and his non-vigilante alter-ego Jefferson Pierce). The premise? A retired vigilante who can’t seem to give up the fight for good. Set for an early 2018 premiere, Black Lightning will join the ranks of the other Berlanti productions currently consuming the network.

As Freeform’s first foray into the world of Marvel superheroes, Cloak and Dagger will revolve around two young teens, Tandy Bowen and Tyrone Johnson, whose lives are turned upside down when they suddenly acquire superpowers. Johnson’s ability to cloak people in darkness combined with Bowen’s newfound ability to shoot daggers of light, will inevitably bring the pair together. Slated for a midseason premiere, with the first episode expected to air in early 2018, Cloak and Dagger looks promising.

Having said that, I’ll admit to being a bit dubious about this one. Namely because it’s airing on a network known for its teen soaps (see: Pretty Little Liars and Secret Life of the American Teenager) and I worry that, despite the grittier premise and surprisingly enticing trailer, Cloak and Dagger will wind up being Freeformed into yet another one.

While inarguable that some of their solo ventures were stronger than others, the unification of the Defenders is something that any fan of Marvel’s Netflix productions should be excited about. With the tease having come years ago, Jessica Jones, Matt Murdock, Luck Cage, and Danny Rand finally coming together is something that has been highly anticipated for some time. It’s been a bit unbelievable that these vigilante heroes haven’t already crossed paths considering they’ve been within a few blocks of each other for some time, and the fact that their team-up is due to the mysterious character portrayed by the legend Sigourney Weaver (teased as being someone that can only be brought down by all of the Defenders) is that much more reason to get psyched for August 18th.

More mutants you say? Fox and Marvel have you covered! In one of the more surprising team-ups of the superhero season, the two mega-companies are delving into the world of the non-X-men mutants struggling to make it in a world that seems very much against powered people. The Gifted is centered around what, from the outside, appears to by a typical American Family. Of course, in reality, the patriarch is a government lackey whose job involves rounding up mutants and clearing the streets of them. That alone could make for an interesting story, couple it with the fact that he learns that his own children are mutants means that The Gifted will be a show with more heart than initially anticipated when Fox/Marvel announced it a few months ago. 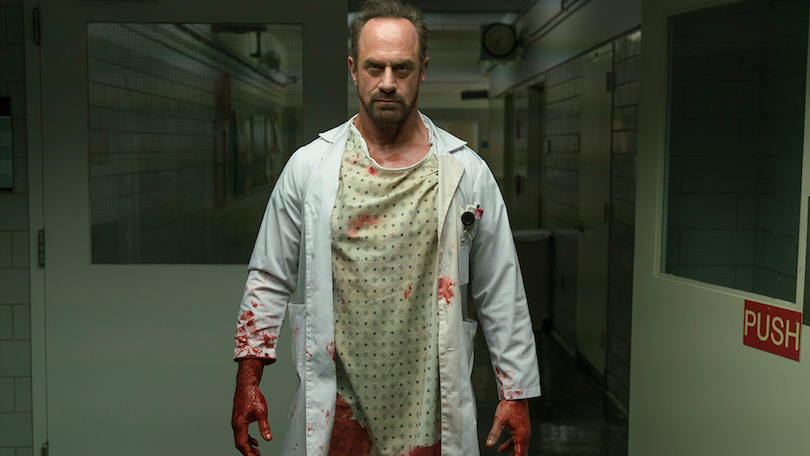 Believe it or not, DC and Marvel aren’t the only companies in the comic industry… and it seems that the others are beginning to get into the television game. Syfy is bringing Image Comics’ 2012 miniseries, which follows former police officer (and current hit-man) Nick Sax, to the silver screen this fall. Sax’s life of booze, sex, and murder takes a drastic shift with the appearance of a new imaginary companion: a Pegasus-esque horse known as Happy.

Originally meant to be a blockbuster in Marvel’s Phase 3 lineup, Inhumans will now be breaking into the MCU as a television series on ABC. While the series will play out on the silver screen over the course of 8 episodes, the first two will be shown in select IMAX theatres as a special Marvel feature. Set to follow the Royal Family (consisting of Black Bolt, Maximus, and Medusa among others) Inhumans will explore the titular powered-people first introduced in ABC’s other heroic venture Agents of S.H.I.E.L.D. For those familiar with the comic series, it looks as though the live-action depiction will follow the plot of Maximus (the arguable Loki to Black Bolt’s Thor) doing his utmost to take over the Inhuman city of Attilan. At this point (what with it being a Marvel production and all) Inhumans is still shrouded in mystery. I don’t think there’s any way it can be as bad as its first promotional photo… but will definitely hold off on buying my IMAX ticket until the full trailer is released to the public.

Premiere Date: The first two episodes will hit the IMAX big screens for a limited run on September 1st, with the show airing on ABC September 22nd. 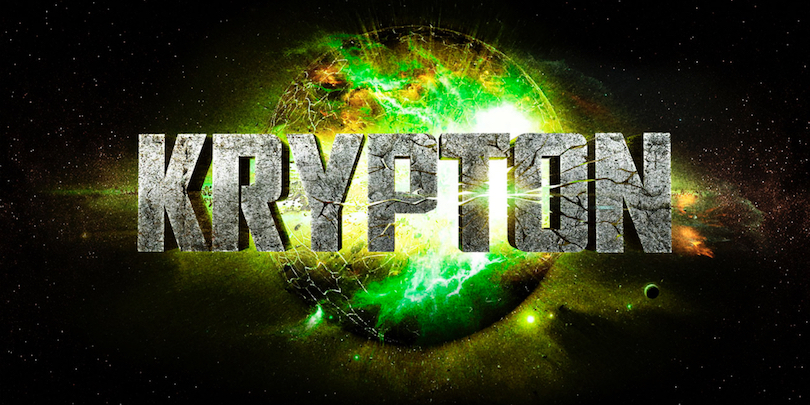 Before Superman, before Clark Kent, and before Kal-El there was… Seyg-El? Where Smallville gave us a look into Clark Kent’s life before he donned those blue tights, Syfy’s Krypton plans to take us further back to share a glimpse at what Kal’s grandfather got up to prior to the destruction of Superman’s home planet. After the Els are given the cold-shoulder on Krypton, it’s up to Seyg to redeem the family’s honor and, “save his beloved world from chaos.” 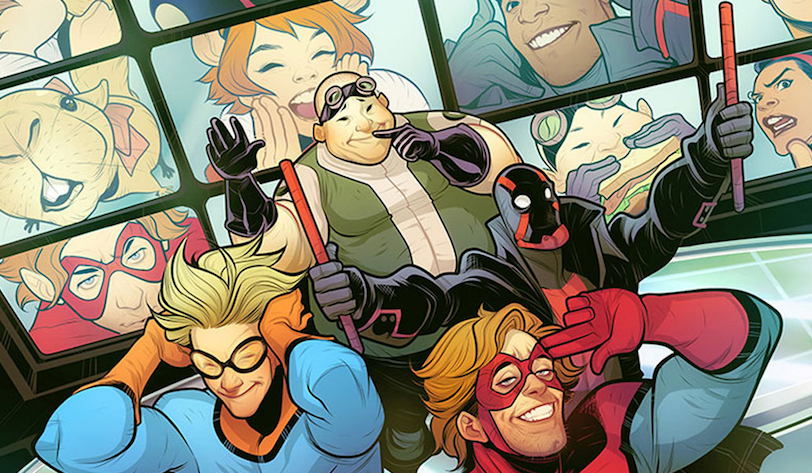 As Marvel’s first attempt at comedic television, New Warriors will hopefully manage to provide a bit of lightheartedness to the very dark slate of superhero shows set to air in the 2017/2018 season. The half-hour comedy, joining Cloak and Dagger on Freeform, will focus on fan-favorite Squirrel Girl as well as the other New Warriors who, though possessing powers, aren’t quite Avengers-level. The young heroes comprising the New Warriors will slowly learn about their powers and what it means to wield them. Considering Freeform is a network that seems to have always focused on creating content geared towards young adults, New Warriors could very much excel if handled correctly. 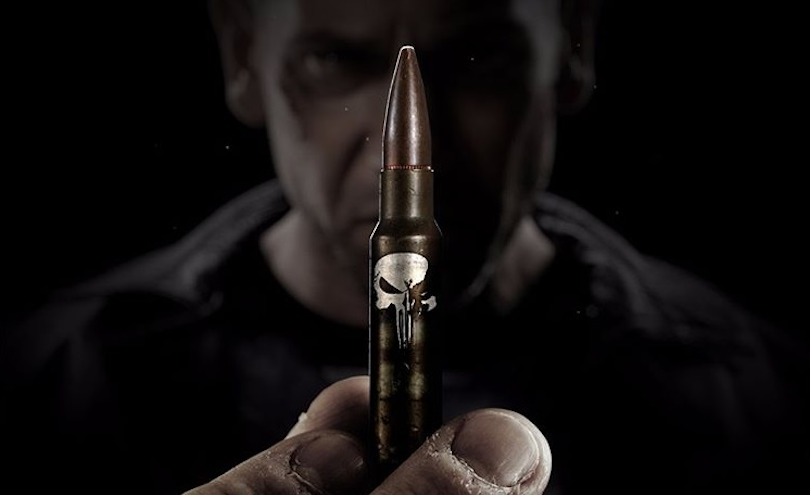 As the clear stand-out of Daredevil’s sophomore season, it was inevitable that Frank Castle would be getting his own spin-off series on Netflix. The Punisher is probably the show that most people would have preferred seeing to Iron Fist but… better late than never! Still dealing with with the murder of his family, as well as his actions in Daredevil, Frank Castle is expected to fully become the version of the Punisher that comic fans are so enamored with. As the sixth of Netflix’s original Marvel content, the Punisher is expected to make its debut in the Fall of 2017. 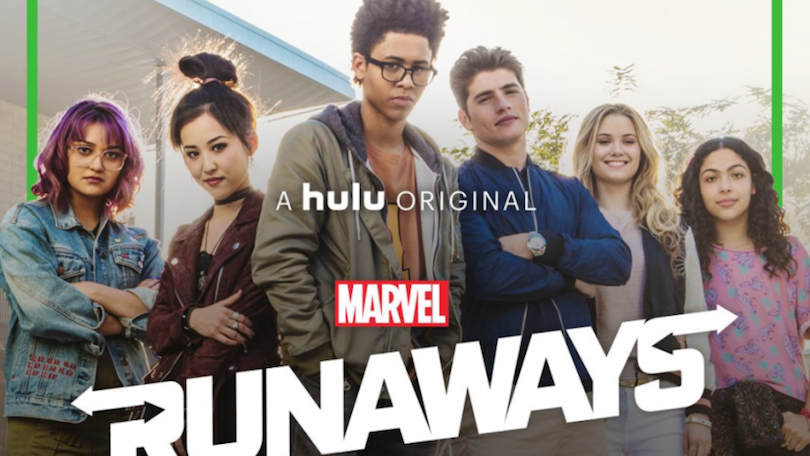 Runaways will serve as the first Marvel program to debut as a Hulu original series. The show, following the stories first introduced in Marvel comics, will focus on a group of teenagers who discover that their parents are all members of the evil, criminal, organization known as the Pride. While the teens all despise one another, they band together to investigate the wicked actions of their parents and become unlikely allies when a greater enemy makes itself known. While the official trailer has yet to be released to the public, the select few who saw it at the television upfronts (and the larger number who watched the leaked version online) seemed to react positively to it.

Though Fox’s attempt at bringing the blue hero to the silver screen was a failure, the cult following for character brought a new reboot forth on Amazon. The Tick will follow Arthur Everest, a normal Joe with no superpowers who discovers that the very city he lives in is actually owned by an evil super villain that most assumed was long-dead. During his attempt to unravel the conspiracy and goings-ons, Arthur joins forces with an odd superhero known as the Tick. One of the few superhero comedies debuting this season, the Tick is a show that already appears as though it will bring the laughs.

Which of the newest superhero/comic-inspired shows are you most looking forward to? And which ones do you already know you’ll be skipping? Let us know on Twitter or in the comments below!