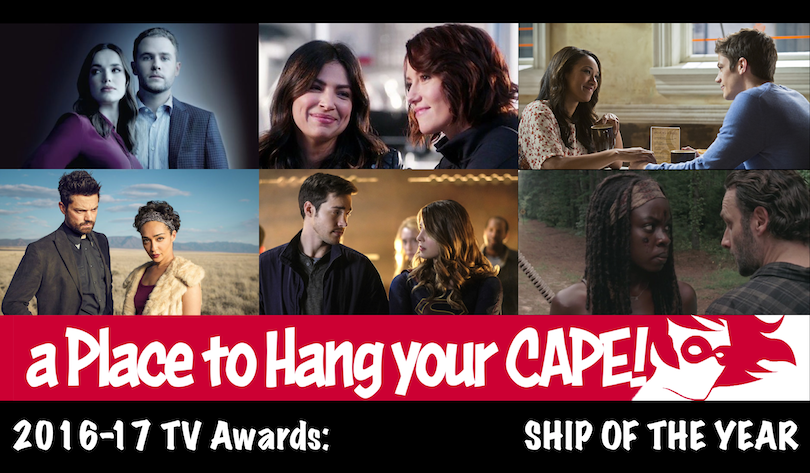 Summer is officially here, which means the primary television season has come to a close. The season brought with it the return of beloved superheroes, a heckuvalot of robots, and enough villains to make our heads spin. To celebrate another year of awesome, nerdy, super television, AP2HYC is hosting our third annual TV Awards! After months spent reviewing and recapping your (and our!) favorite shows, the AP2HYC writers have selected the best of the best to compete for victory in the 2017 TV Awards. Be sure to cast your votes in each category, and check back to find out which of your favorite shows, characters, and crews  will come out on top!

Who doesn’t love, love? While evil robots, nefarious future-selves, and dastardly aliens all sought to ruin the lives of our favorite characters, they at least had that one special person to get them through. While there was certainly a fair amount of rocky relationships, it seems that Cupid has prevailed once again, providing us with a season’s worth of ships that have yet to sink. Check out our nominees for Ship of the Year! 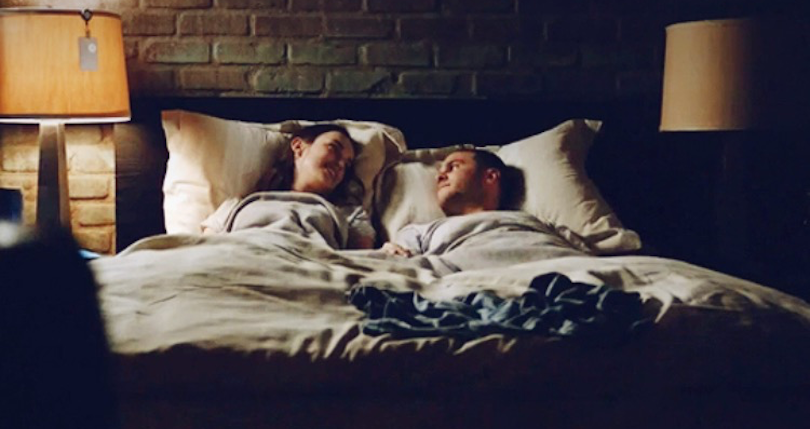 To think that being stranded on an alien planet with an astronaut boyfriend wasn’t the most messed up thing that FitzSimmons have had to deal with. While the duo started off strong this year, every bit the picture of domestic bliss, the presence of those pesky LMDs and the Hydra-run Framework quickly reminded everyone that these two can’t catch a damn break. Still neither cosmos nor androids can keep this duo apart for long and, by season’s end, FitzSimmons were together again and proving that 10 years of friendship, and a few years of, “more than that,” is more powerful than anything else. 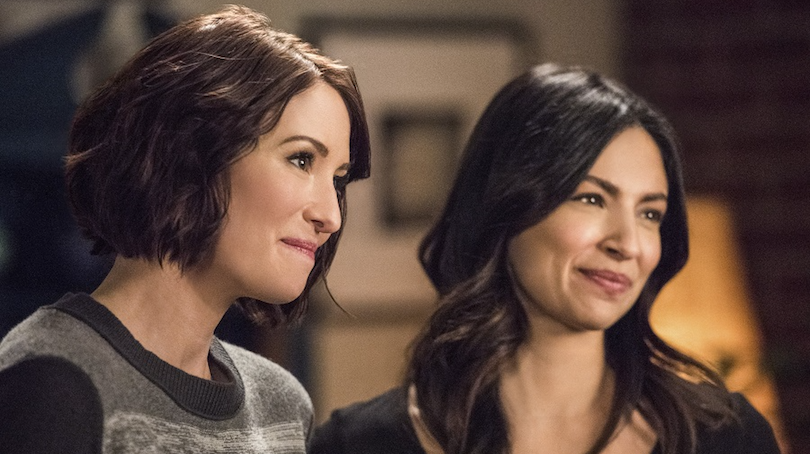 The development of the relationship between Alex and Maggie is arguably one of the most poignant and heartfelt storylines that Supergirl has tackled. Alex’s personal realizations and growth over the course of the season paved the way for Sanvers as the two gradually went from acquaintances, to friends, to infinitely more. The duo quickly became fan-favorites and, while they’ve faced their fair share of conflict, the season-ending proposal is surely a sign of a bright future. 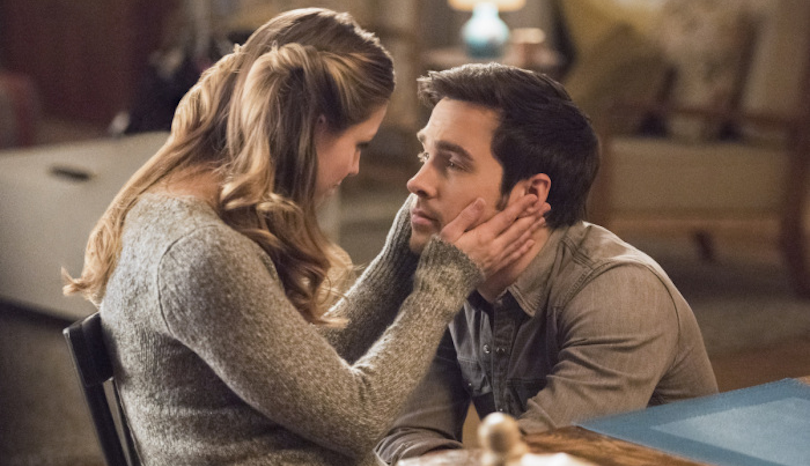 Despite a rocky start, Kara Danvers and fellow non-human Mon-El managed to break through each other’s emotional barriers and dive head-first into a romance that most knew would happen the second ol’ Monny appeared on screen. While the season ended with a heartbreaking farewell, the relationship (and Kara’s tearful description of it) is one that I’m pretty sure will span galaxies… literally. 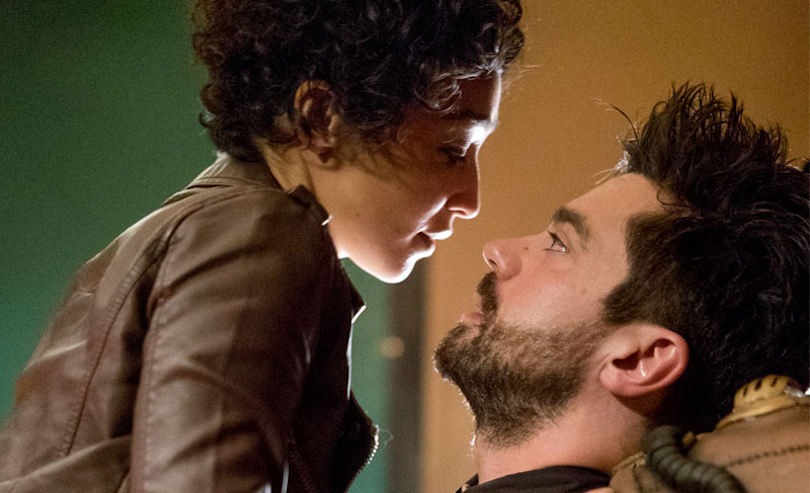 No relationship is quite as fiery as the one between Jesse Custer and Tulip O’Hare. The childhood sweethearts are the epitome of on-again, off-again, but it seems that, despite their questionable life choices, the one consistent thing is how they feel about each other. While neither is especially good, this duo is certainly good together and look as though they’ll be sticking by one another’s side no matter what insanity is thrown their way. 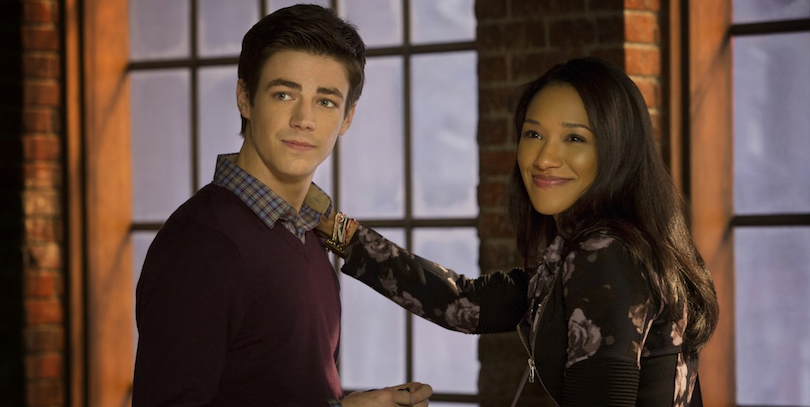 While the romantic aspect of Westallen started out one-sided, with Barry pining for Iris from afar, Season 3 of the Flash gave fans what they wanted by bringing the long-time friends together. But, of course, where superhero shows are concerned… good things don’t last for long. Despite their love having spanned multiple Earths, the finale sent Barry packing into the Speed Force and away from Iris… for good? 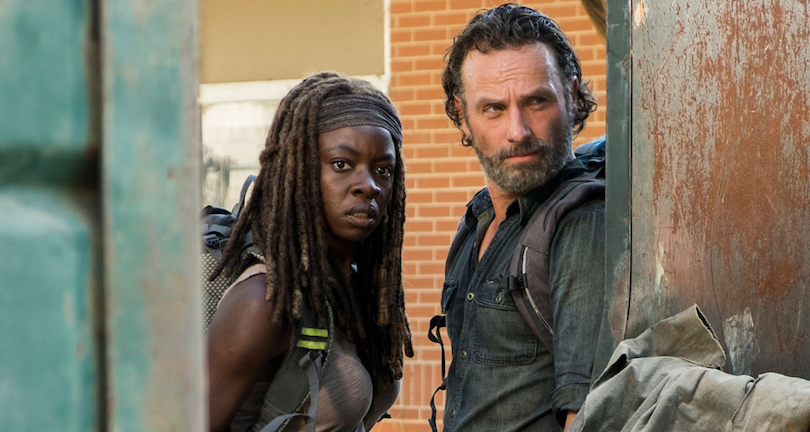 Despite the numerous deaths, countless zombies, and the jerk known as Negan, there was a bright spot in the Walking Dead’s latest season that came in the form of Richonne. The duo, the clear leaders of the rag-tag pack formed so many years ago, have finally realized that they’re somehow better together than they are on their own.

Which ship melted your heart this year? Be sure to cast your vote below and check back later to see who came out the victor!