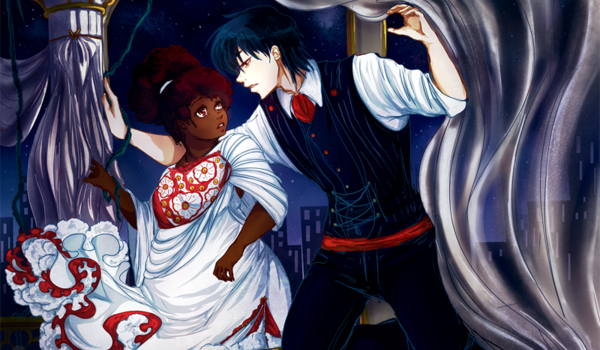 The 2014 debut graphic novel series Love! Love! Fighting! by Sharean Morishita has all the trappings of a binge-worthy, shōjo-inspired beach read: chibis with bushbaby eyes, hot love interests and never-ending drama. But don’t think for a second that the protagonist, an American expat named Oriana, is your typical manga heroine. In lieu of cosmic crime, Oriana must face the everyday trials of a plus sized black woman while living in South Korea.

I had the opportunity to interview Morishita via email.

AP2HYC: One motif that appears throughout the comic series is the idea of body positivity. Oriana spends each volume fiercely defending both her blackness, which is evident from her dark complexion and natural hair, as well as her weight. As an artist, how did you try to make your work politically nuanced without reducing your characters into political allegories?

Morishita: During the time of this comic I was struggling a lot with my self-image and dealing with my own mental negativity of my identity as a black woman and my natural hair. So with this comic I used it as a way to just talk about or express what I couldn’t really express to others verbally with my words. 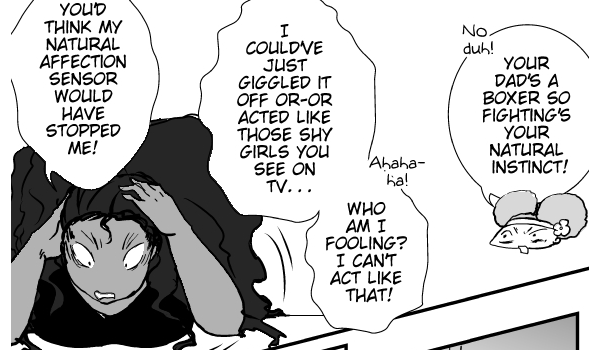 I guess this is why I love drawing so much because I can at least use pictures to help show what I’m feeling inside and those that have been on that path understand right away what I mean. It’s almost like those trail landmarks that you don’t know are there until you see it for yourself and someone else mentions it as a landmark to be used to help find your way.

AP2HYC: Your artistic style is reminiscent of Japanese shōjo manga, which is responsible for glittery classics that are at best morally abstract (e.g. Sailor Moon) and at worst vapid guilty pleasures (e.g. Mermaid Melody Pichi Pichi Pitch). How did you go about marrying a politically neutral medium with a story that involves unpleasant realities like racism and body shaming?

Morishita: I first want to say thank you so much for saying this because for the longest time I struggled with finding that certain balance and still even now I feel like I have so much more to learn and I’m excited to see where my art evolves the more I keep trying. I used to get comments back when I first started out about my pages being too dark or receiving comments from a disappointed reader who felt that what I drew on a page wasn’t good enough and I should be disappointed with having done such poor work.

I think a lot of it is defiantly trial and error and also personal taste. I looked at the artist work who’s toning style I loved and tried to mimic that lightness feel to the page. I noticed that my patreon supporters have been very interested in me making more comic tutorial. I’m always so pleasantly surprised whenever someone compliments my artwork because I’m so used to the negative voice in my head and the harsh comments from when I first started so it’s always a shocker whenever I hear other wise. Thank you so much! This really made me smile!

AP2HYC: Oriana’s problems and triumphs stem from boundaries: relational, cultural, racial, linguistic, geographic, etc. Why place so much emphasis on what divides her from everyone else?

Morishita: I wanted to do a story that spoke about what was going on inside, like a writer diary. Drawing my thoughts and struggles out helped me see things a little clearer and find my answer to what I was struggling with. I know that there is a lot of things that divide us from others, I grew up seeing that division and I learned that in order to draw fantasy you have to pull from reality. It wasn’t an check list type of decision that I made for Oriana to go through all of those different struggles. It’s just what unfolded in my mind based on my own struggles.

AP2HYC: Similar to Caribbean-American YA novelist Nicola Yoon, a black woman who made the bestseller list twice and recently had one of her novels made into a summer blockbuster, some of your work centers around interracial relationships. Why talk about such a subject now?

Morishita: If the subject matter is something that you can relate to or something that you enjoy or brings a certain fluffy positive feeling to you then I suggest you do what fulfills you. That’s one of the things I really enjoy about being an indie comic creator. You learn how to focus more on doing what’s fulfilling to you and those who are also fulfilled by it will find that energy and enjoy the positivity and thrive as well. 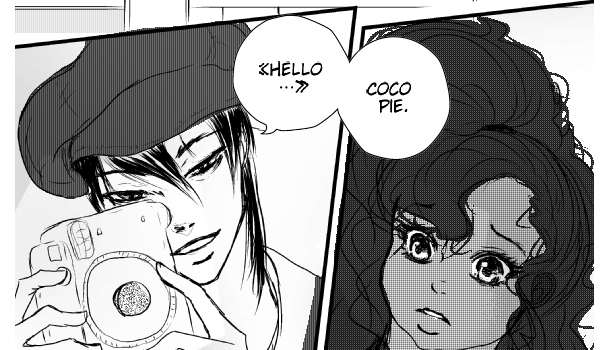 AP2HYC: Do you want to tell us a bit about your latest release, Rescue Me?

Morishita: Right now I have chapter 8 on my Patreon and because the story is a lot more thought provoking with it’s raw emotions about self-care and selfishness it can get a bit heavy in the comic pages. I really hope that this story can help encourage others to take that step towards thinking of their self-care. For me it’s hard to find that balance between me feeling like I’m being selfish and me neglecting my mental and physical well being.

You can find out more about Sharean’s work here! Are you already a fan of her work? Let us know in the comments section below or send us a Tweet!