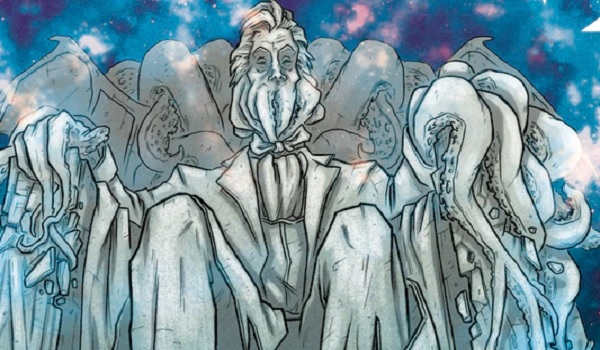 We’re up to our eyeballs in comics! Here’s this week’s list of featured Kickstarter campaigns! 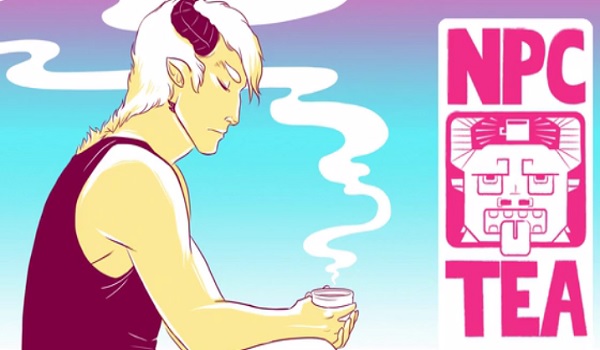 Like video games? How about tea? If you answered “yes” to either (or both) or those questions then NPC Tea is for you! Yes, NPC Tea returns to Kickstarter with its third installment, blending fantasy, comedy and video game tropes all against a modern day back drop. So what is NPC Tea all about? We’re glad you asked! An elf, a human and an ex-fire summon (you know what that is, don’tcha?) must join forces to save a tea shop from going out of business. Oh, and there’s the little matter of malevolent forces attempting to destroy the city.

New to NPC Tea? No problem! Creator Sarah Millman is offering reward tiers that include all three issues, as well as subscriptions to Comichaus and bonus art prints. You can also read issue one here for just one dollar!

If you are in need of some motivation, just go get all jacked up on caffeine (from tea, of course) and head on over to the official Kickstarter campaign! 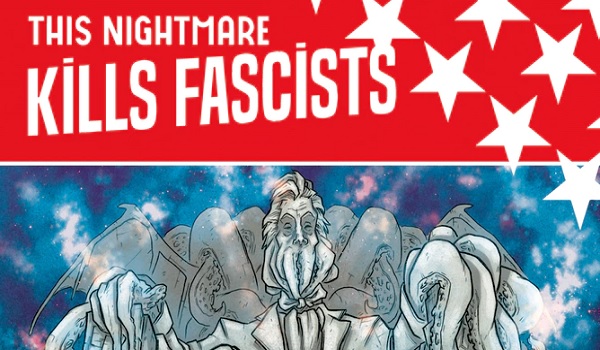 It’s about time someone engaged the topic of politics in 2017!

Okay, bad joke. But here is an awesome anthology to make up for it! That’s right gang, editors Matt Miner and Erik Palicki have put together This Nightmare Kills Fascists, a gigantic 176 page horror compilation all about the current state of politics. Stories like “Black Friday” confront rabid consumerism through the lens of horror. Kind of like a pair of sweet, terrifying goggles!

There are way too many contributors to list here, so you’ll just have to go check out the official Kickstarter campaign where you can view sample pages as well as the numerous rewards that are being offered. You can get a copy of the book, “creator packages” that feature some of the contributors’ other work and cool sketches! 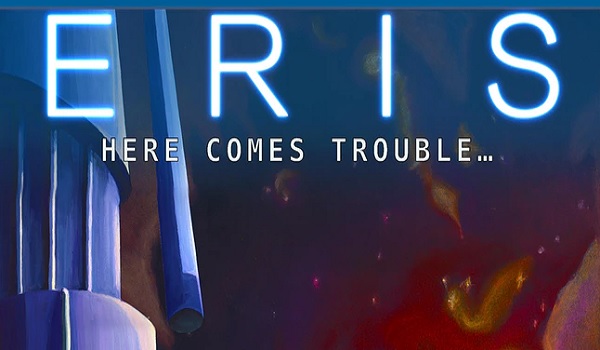 Wait a second! Let me check my notes (notes are actually poorly drawn stick warriors). This isn’t a comic at all! Why, this is a web-series! Yes friends, Eris is a web-series that mixes British comedy, science fiction and retro styling, and it’s currently making the rounds on good ol’ Kickstarter. Eris tells the story of…well, Eris, who has been resurrected by aliens and is now the last remaining human in existence.

After the event known as “The Logical Conclusion of Mankind,” Eris is on a journey to bring back the human race while traveling with a couple of aliens who view human culture as more or less vapid and trivial. What kind of shenanigans will they get into?

Haydn Hades (creator, writer), Brad Watson (director, producer), John Schoonraad (creature effects) and Jahannah James (actress) have high aspirations for Eris, and for good reason; the project looks spectacular! You can check out some preview materials over at the official Kickstarter campaign, and don’t forget to pledge to this project; every little bit helps! 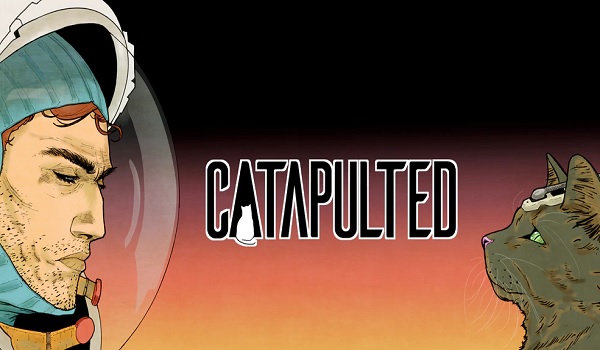 Space travel should always be humankind’s ultimate goal, but first we must make sure it is safe. How do we do this? By sending cats first, of course! Before our furry, four-legged friends were the official mascot of the internet, they were space travelers! Quite the downgrade, eh? Anyway, Catapulted is based on the true story of cats being sent into space by France during the space race of the 1950s.

Conspiracies, alternative history, science fiction (and fact) and cats are the main ingredients in Catapulted, and boy does it look tasty! Creator Sebastian Chow has got some sweet rewards lined up such as colored versions of the book, movie-style posters and sketches, so you’ll want to make haste on your way to the official Kickstarter campaign if you’re looking for some space-cat action!