Home » Noah Hawley Bringing DOOM to Us All 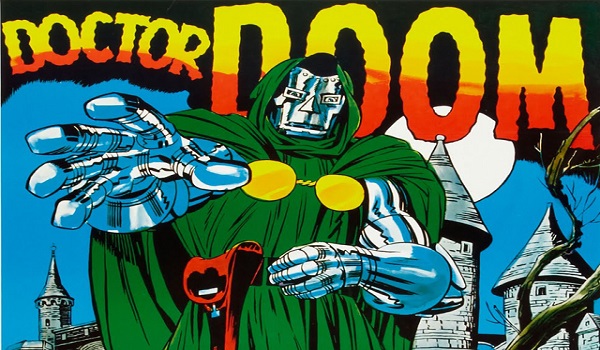 One of the early surprises to come out of this year’s San Diego Comic Con was when Noah Hawley, after promoting the second season of Legion, dropped a little bomb in the reveal of a Doctor Doom movie for FOX. Naturally, this sort of announcement summoned a mixture of uncontrolled excitement and ravaged anger, all in the form of fanboy screaming. For some, this is another desperate attempt for FOX to hold on to these characters before their inevitable return to Marvel, for others this is a creatively inspired decision. It was not made clear if this will include the Fantastic Four or solely focus on the beloved supervillain. If it is the latter, it would seem FOX is following in Sony’s footsteps with their planned Venom movie, sticking their nose to Marvel Studios that they still own their best villains (even though Sony admitted they needed help with Spidey but that’s for another article). The level of anticipation for a Doctor Doom movie will most likely stem from one’s familiarity with Hawley.

Hawley’s credits includes FX’s Fargo and the aforementioned Legion and, if you’re like me, you’d agree they are two of the best shows currently on the air. Both shows feel like they come from an auteur, complete with unique colors, compositions and unconventional narrative structures. Both shows are daring and unafraid of bold mature storytelling. Even on the small screen, Hawley has proven himself a visionary and with Legion he has already established his foray into the comic book realm. He’s an understandable choice to say the least. And his grasp of science fiction, action, horror, and fantasy feels like a natural prerequisite for taking on a character of the stature of Doctor Doom.

Though Hawley’s been building up his resume well with these shows, there is a big difference between working on FX and helming a big budget blockbuster. There’s a lot more freedom on TV and if the last attempt at the Fantastic Four and Doctor Doom is any indicator, the higher ups at FOX will surely intervene. Most likely to the point of delivering another cinematic shitshow.

This will be FOX’s third attempt at arguably the greatest supervillain Stan Lee and Jack Kirby ever created, so calling this a Hail Mary is probably an understatement. But if they did learn something from sabotaging Josh Trank’s attempt at this property, then maybe, just maybe, they’ll actually let Hawley be a director and make a film.

Entertaining the idea that this works out and Hawley is able to make the film he wants to make, there is still the question of can this work? Do people want to see Doctor Doom without the Fantastic Four? I’ll be the first to say Doctor Doom is cooler than the heroes he goes up against, but it’s challenging to create a film centered around the antagonist. Especially when the antagonist is trying to take over the world.

Something that has been a widely popular trend in TV over the last couple decades is the antihero protagonist. Whether it’s Tony Soprano, Walter White, or Don Draper, characters who lean more on the bad side have proven to be compelling leads to build a dramatic narrative around. Doctor Doom is undoubtedly a multifaceted character with a rich history that could work in a 2 hour movie. Ed Brubaker‘s “Books of Doom” gives an arresting account of Doom’s origin that would and should be the blueprint for a movie like this. Audiences can handle bad with they are shades of gray, showing their vulnerable sides that shape them into being who they are. The more dimensions a character has, whether good or bad, they more people can invest in them.

Any FOX hater can at least admit that movies like Deadpool and Logan, two hard R movies, are exceptional entries in the superhero genre that would not have been made under the MCU umbrella. They excel because they are willing to take risks and allow their creators to bring their visions to life. If this same sensibility allows Hawley to bring Doctor Doom to the screen in a satisfying way, then we may be in for something special. After all third time’s the charm…assuming we’re not counting the Roger Corman movie.

What do you think of a Doctor Doom movie? Is Noah Hawley the right guy to do it? Let us know in the comments or on Twitter!