Home » Leaving Us Begging for More, the Avengers: Infinity War Trailers Packs in the Thrills 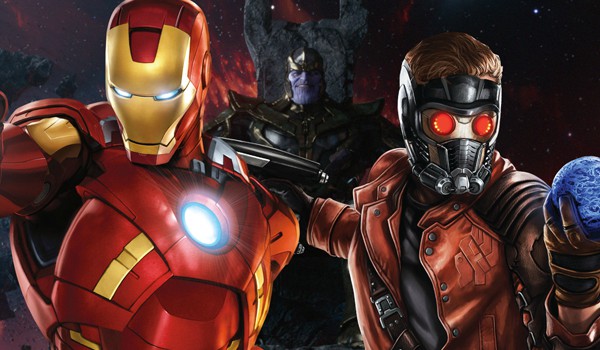 SDCC gave us a bunch of awesome news superhero-related to get excited about, but none more so than the leaked trailer for Avengers: Infinity War, the third Avengers movie. You probably won’t be able to find the trailer online, due to Marvel Studios/Disney cracking down on the pirated footage, but I have seen it. There are a lot of great things that we should be all looking forward to, but Avengers: Infinity War is at the top of that list.

The trailer is disjointed, so it’s probably not the official trailer. Still, it opened with Star-Lord warning the other Guardians to be on their toes, when all of a sudden Thor landed on the windshield of the Milano. They manage to rescue Thor from space and take him in. Also, Thor wandering in space begs the question what will happen during the events of Thor: Ragnarok. Asgard is definitely destroyed, thanks to Hela, so we’ll see. This is how the rest of the trailer goes—awesome team-ups with all the characters that we love… like Doctor Strange and Star-Lord.

Who else is in the trailer? We get to see Spider-Man sense something wrong and possible get hurt? He’s apologising to Tony for something. Speaking of Iron Man, Tony was getting ready to fight and the Hulkbuster armour makes a reappearance! Bucky, apparently out of cyro-freeze, was fighting on Earth with an Army. Possibly with the Wakandan army. Thanos was definitely attacking Wakanda. Do they have a stone? Or does Thanos want the Vibranium? Black Panther also will be in action, his movie the one right before Infinity War comes out.

Steve Rogers seems to be no longer Captain America. He was not clean-shaven and the colours he wore were muted than the star-spangled colours of the Cap uniform. Wanda was also in action. Rumours are that her relationship with Vision will be a part of the film. Considering that Vision has one of the Infinity Stones, it probably will be tragic.

Our old charming friend Loki had a hold of the Tesseract, probably betraying Thor again and handing it over to Thanos, since Loki did work for Thanos during the events of the first Avengers movie.

And we finally get to see Thanos in all his glory, facing the combined forces of the Earth’s and the Galaxy’s Finest and Mightiest Heroes. Thanos does apparently assemble the Infinity Gauntlet and Stones as a whole. The trailer ended with the heroes looking like they’re losing and Thanos bringing down comets.

Will the heroes lose? Will Thanos re-writer reality to fit his own mad vision, effectively changing the MCU as a whole? And will Vision die? Is Bucky’s mind all healed? How will the Avengers be able to function after the events of Captain America: Civil War? Will the Guardians and the Avengers’ personalities and egos clash?  Will the battle against Thanos be a multi-front battle? There are so many questions that the trailer raised, especially since it is set after the next two MCU films—Thor: Ragnarok and Black Panther.

The word on the net is that those two movies will be set up for Infinity War. In fact, the main concern I have for Avengers: Infinity War is how to bring the heroes together without taking up half or more of the movie with set-up? The next two MCU films can lay a sturdier foundation (because Thanos stated in 2012 that he was going to get the stones himself and it’s been five years…so, yeah…).

What do you think? Did you get to see the trailer? What do you think about the upcoming MCU films, including Avengers: Infinity War? Sound off in the comments or send us your thoughts on Facebook or Twitter!