Home » Gripping You With its Tentacles, Griff Gristle #2: the Siren’s Song is a Gnarled Sequel 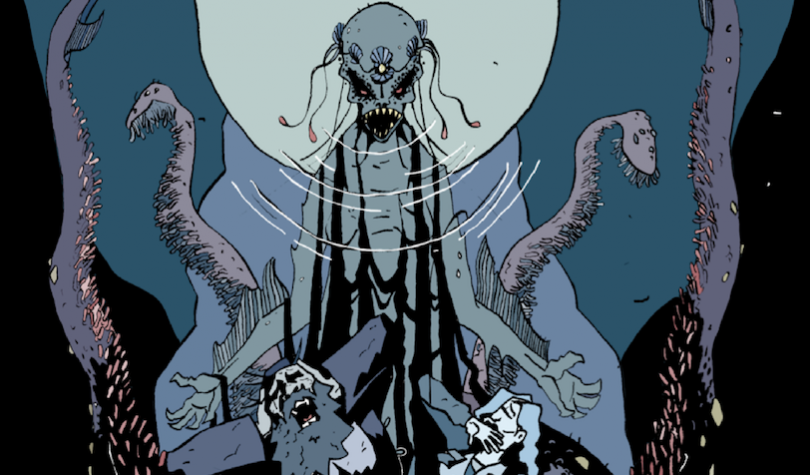 A year after this grizzly grump first made his debut, Griff Gristle returns for a second installment of chaos at sea and monsters that would make anyone dubious of the ocean.

The new villain introduced in Griff Gristle: the Siren’s Song is, unsurprisingly, a siren who is more than happy to kill off a few boy-banders to the soundtrack of her own alluring tunes. But tearing One Direction wannabes from the inside out is more of an amusing way to pass the time for this wrathful siren, whose real target is Griff himself. While Issue #2 starts off feeling like a monster-of-the-week story, we quickly learn that the siren has played a larger role in Griff’s life than he or the readers may have initially thought.

The second installment still focuses heavily on the dichotomy between Griff and his young protégé Justine, who is now a permanent sidekick to the seaman. The dynamic is fun to witness, the classic old-school vs. new-school tactics pairing the two up as much as they lead to them facing off, and is a definite highlight for the story. Largely because the Madius humor seems to peak when the two characters, so drastically different and yet utterly identical, riff off of one another. 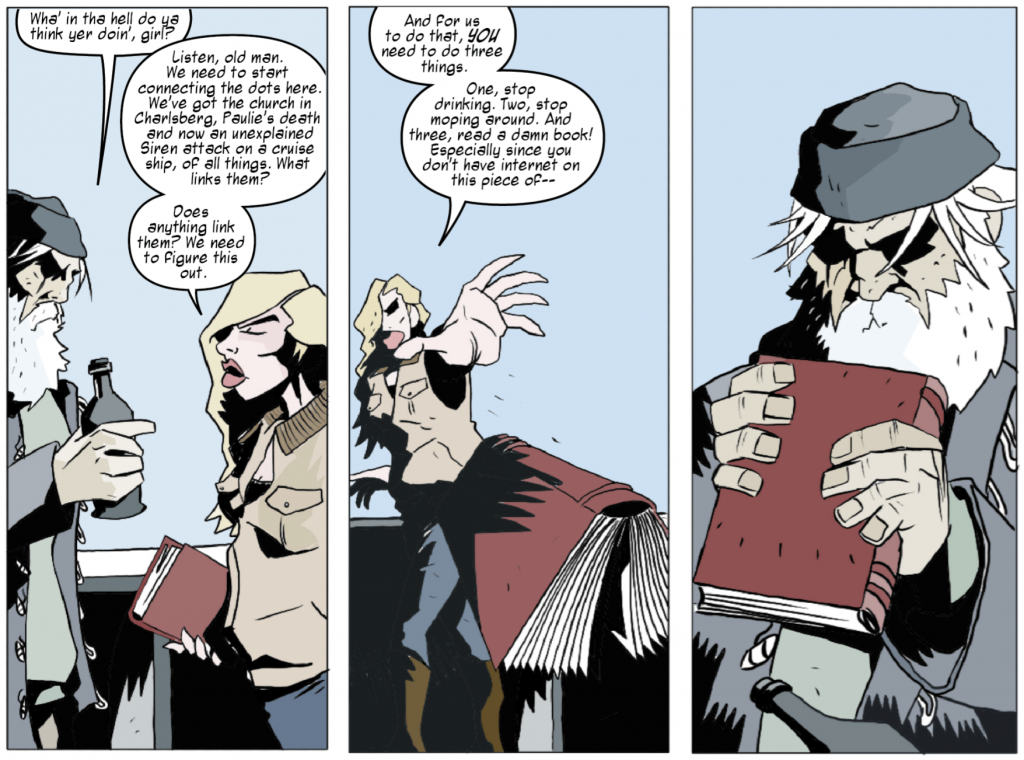 While Griff’s priority is the here and now as he focuses on problems as they arise in the moment, Justine is the big-picture thinker who strives to prevent such problems from happening in the first place. Their different tactics and priorities make for as many emotional moments as humorous, which is pivotal in a story where they’re the two focal characters. They’re kinda like the Han (and presumably Luke) and Rey of the sea in that the eager young student has to break through her teacher’s tough exterior before any real tutelage can begin.

The Siren’s Song feels a bit more action heavy than its predecessor, with tentacled creatures ripping people apart by page four and none of the introductory backstory required for Issue #1. The fact that not quite as much needed to be explained this time around also made Griff Gristle’s second trip to sea a more fun affair. The events that take place in the epilogue, including the introduction of what I assume is the series’ big bad, have me eager to read the next installment thanks to some visceral images and intriguing dialogue. There felt like an even balance between text and visuals in comparison to There Be Monsters which made for a quick and enjoyable read.

There is imperfection in the imagery, however, Griff Gristle is likely the one book where this is an asset rather than a detriment. Rory Donald’s art style remains the ideal one to accentuate the bristliness and grittiness of the story and its setting. There is a clunky, sketch quality to the visuals which, in my opinion, is the only way to really accentuate the gruffness of the characters and the indescribable feeling that comes when thinking of the classic sea-themed lore that Griff Gristle likely draws inspiration from. Because the atmosphere of Griff Gristle is so distinct, it’s necessary for the visuals to accurately reflect as much. The dark hues of the color scheme aid in transporting readers to the salty seaside and invoking the foreboding feelings that come with such a setting.

Griff Gristle: the Siren’s Song is another win for Madius Comics as the writing of Rob Jones and Michael Sambrook pair swimmingly with the distinct visuals of Rory Donald. Much like the first installment, the Siren’s Song ends on a bit of a cliffhanger that makes it clear that Griff’s story is just getting started.

After the Kickstarter success of Griff Gristle: Here Be Monsters, the Siren’s Song is aiming to follow in its predecessor’s crowdfunding footsteps. Be sure to support the book and Madius Comics over on Kickstarter and let us know if it w(h)ets your appetite! After all… water is life!