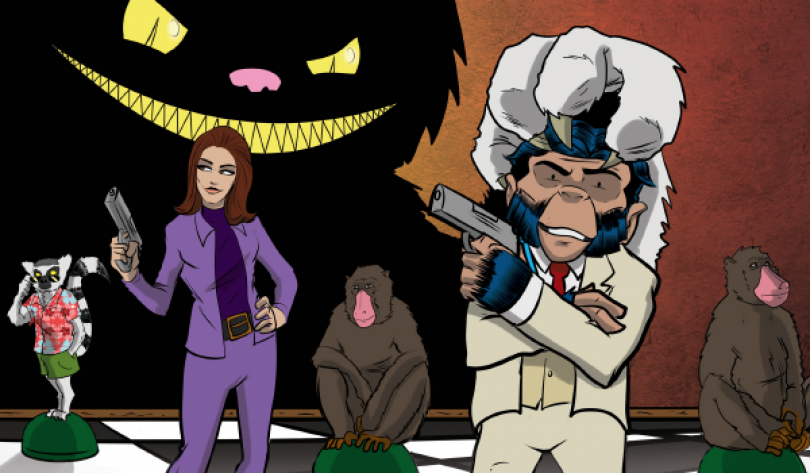 Since I was a kid, I’ve always enjoyed the James Bond movies. Later on, I began reading Ian Fleming’s original books and other select works from authors after him. But maybe the most fun I had with the world of 007 came from all the spoofs, knock-offs, tributes, and parodies that began popping up almost immediately after the success of the first few films in the early 1960s. From Austin Powers to Craig Ferguson‘s little-known Late Late Show homage, Bond-inspired media is not hard to come by. The Bubbles O’Seven series, now three issues in, is not your typical Bond parody; not because its main star is a monkey, but because of how surprisingly serious it takes itself.

Fresh off his last mission against Dr. O (a review of which can be found here), simian MI7 agent Bubbles is tasked with a typical spy mission to rescue… or was it contain… some baboons from a London zoo. The mission itself takes up less than two or three pages in the twenty page book; the rest is spent on conversation between Bubbles and his MI7 colleagues. We have Director, a.k.a. Judi Dench‘s M, the Q-inspired gadget man P, and Miss Prime who somewhat occupies both the Bond girl role and that of Moneypenny. She is given her own side-mission by Bubbles to infiltrate a cat emporium and retrieve… or was it capture… a Blofeld-esque white cat. 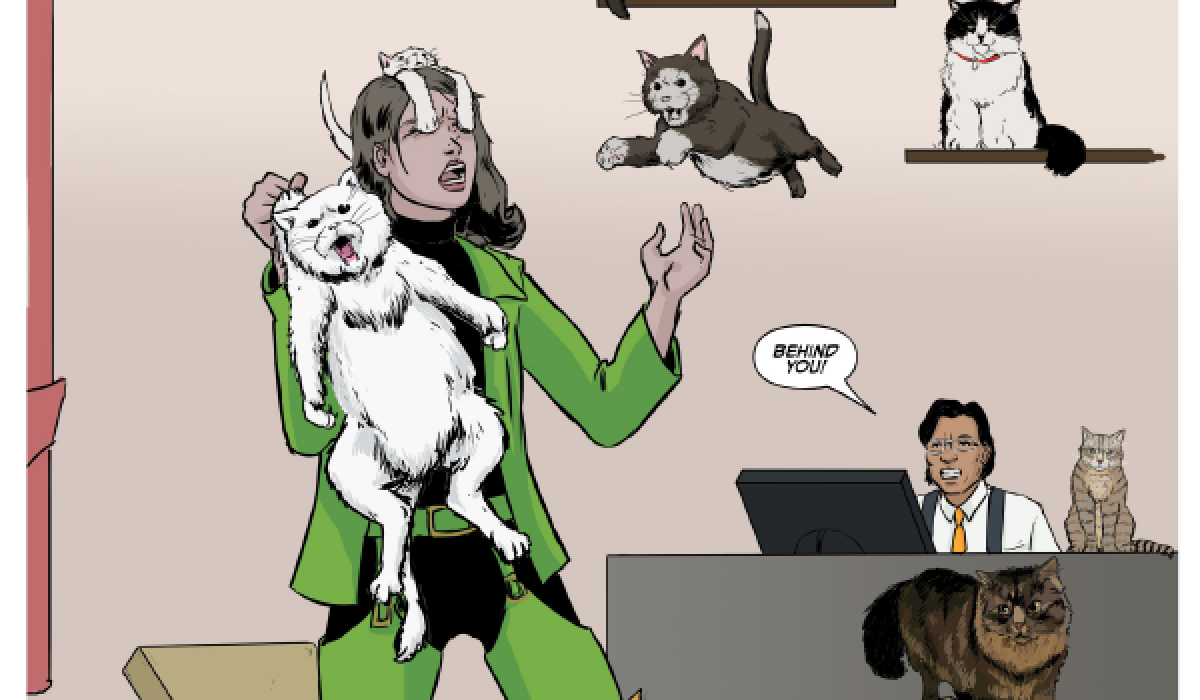 If you couldn’t tell by now, this comic, while entertaining, was fairly confusing. Its story jumps around too much and yet often stays in one setting for an unnecessary amount of time. Plenty of individual scenes and panels are great (due in part because of the excellent artwork by Matt Rooke), but I spent most of the comic hurriedly re-reading previous pages to see if I had missed anything.

I went into Baboon Taker thinking it would be a Bond parody heavy on jokes and light on story and instead I was met with something else. That’s fine- if anything, it made the issue more interesting to me, but it felt too short and disorganized for me to delve into the story it was trying to tell. To be fair, I haven’t read the first issue so any problems stemming from that are not the fault of the issue I read. Perhaps if Dr. O spent more time fleshing out Bubbles and the rest of his MI7 regulars, the absence of character depth here would not bother me as much. His top secret background as an experimental animal agent is ripe for intrigue and I hope other issues explore it more.

As I mentioned before, the artwork here is what steals the show, especially when it includes little 007 nods and easter eggs (like Bubbles’ Walther PPK). Everyone’s outfit is a cross between modern and Sixties design. Miss Prime’s outfit in particular reminded me of something Emma Peel might have worn on The Avengers. Bubbles’ design and personality are fun too, combining Roger Moore‘s Bond with Basil Rathbone‘s Sherlock Holmes. Even when the plot confused me, each panel was a treat to look at. There isn’t much action in the book, so the detailed backgrounds (and occasional clever joke) become much more important. 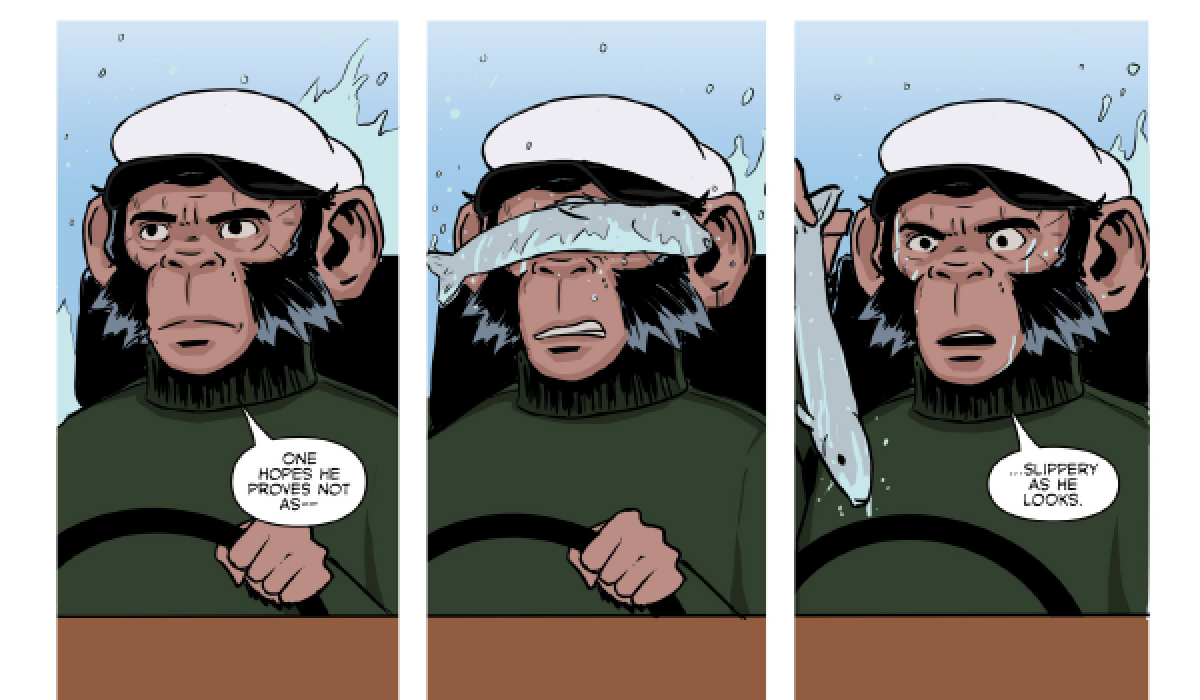 My biggest disappointment: Bubbles doesn’t go into space! For a book whose title is undoubtedly based on Moonraker, the Bond fan in me was waiting patiently for a monkey space battle. We get a little nod to this in a VR simulation Bubbles tries out in his living room, but that’s it. If only the issue didn’t end on an amazing splash page of what this space scene could have looked like, it wouldn’t be such a loss.

As a Bond parody, Bubbles O’Seven in Baboon Taker ranks somewhere in the middle of what I’ve seen and read. On its own, it fairs much better and leaves me interested in The Ape Who Punched Me and further issues down the line. You can find them here on Kickstarter!

Have you set your sights on Bubbles O’Seven? For an exclusive interview with its writer, Grainne McEntee, check out our Podcapers podcast. Tell us what you think in the comments or send us your thoughts on Facebook or Twitter!