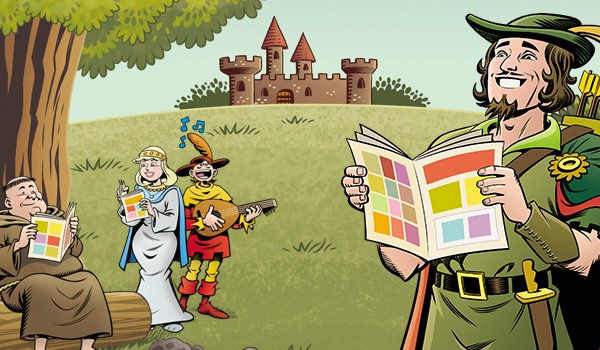 Something I found myself uttering to many of the indie comic creators at this year’s Nottingham Comic Con was how nice it was to be at a comic convention where there were actual comics to indulge in. I said it with a deprecating, jesting manner. EVERY comic convention has comics there in some form, be they traders specialising in back issues of Marvel, DC, Image or Dark Horse or the independent creators who are always a joy to meet.

The ebb and flow of the state of comic conventions is in one of its high tide phases. It’s been noted in the past how comic conventions are rapidly evolving into more general popular culture conventions, but in recent times there’s a feeling that more and more people are taking note of the damaging effects this metamorphosis can have. In Issue #7 of The Pull List fanzine from Pipedream Comics, Big Punch Studio’s Jon Lock notes how frustrating its becoming to thrive as an independent creator within the manic confines of a large-scale convention such as MCM – “It’s hard to run a bookshop in a carnival.”

What a breath of fresh air then, that when A Place To Hang Your Cape donned its, um, cape and traversed up to the Nottingham Conference Centre for the city’s fifth annual convention, there felt a joyous buzz in the air as two floors packed with indie comic creators unleashed their awesomeness on the public. Even when a fire alarm went off mid-afternoon for no apparent reason, resulting in indie creators having to mix with us mortals outside the building, little could deter the spirit of Nottingham Comic Con. Laid back but not lazy, intimate but not crowded, it’s the kind of comic convention I like best – full of indie comics!

The centre itself initially felt oddly mapped out. As I entered the centre, I had my hand stamped and was guided in by many helpful folk clad in eye-catching Nottingham Comic Con t-shirts, only to spy one solitary exhibitor’s table near the entrance. This is where Kev Brett, organiser of the con and writer/artist, has set up shop, and it’s here that you could get your hands on the delightful, all-ages anthology Stuff and Stuff as well as the Kickstarter-funded Outlaws: Wanted, an anthology raising funds for charity.

From here, I turn a few sharp left and rights along a tight corridor, past a few inconspicuous looking doors that lead to nowhere particular, only for the corridor to smother away as the first floor of Nottingham Comic Con hoves into view. Row upon row of writers, artists, publishers and merchandise sellers of pop culture collectables hard at work making a living. For me, this quickly becomes like wandering through the school courtyard and being invited to hang with the cool kids, as a barrage of faces, both familiar and not-so familiar, become freshly acquainted.

TPub Comics were there, delighting punters in their macabre comics. TPub’s head honcho Neil Gibson quizzes me intently on what our forthcoming PodCapers Halloween spectacular is all about (which you’ll find out on the 31st of October!) and being the dependable, secretive person I am… I caved in immediately. Nice going Fred. Reckless Hero revealed their exciting plans for their ongoing sci-fi western series The Last Sheriff, the fourth issue of which can now be ordered from them! Other creators brought their freshly-printed creations with them; Sarah Millman‘s NPC Tea, now three issues in, Susie Gander‘s remarkable Perry Winkle, an intimate superhero tale inspired by her experiences with cancer, as well as Bad Mother Publisher‘s ballsy vigilante comic Midnight Man: Gunspace.

The personal pleasure I got from Nottingham Comic Con continued with being able to put a face to the Awesome Comics Podcast‘s Vince Hunt, also the mastermind behind The Red Mask from Mars, and Matt Garvey, two creators who’s work we’ve reviewed regularly on A Place To Hang Your Cape, but only at Nottingham Comic Con did I discover these two fine men are more than just Twitter profiles and email addresses! This is one of my big loves for comic conventions, being able to meet these marvellous folk. As you might imagine, A Place To Hang Your Cape gets a lot of correspondence from indie creators. I mean, A LOT. Over the years, we’ve struck up close bonds with creators by giving their work a voice, but it’s really only at conventions when we’re able to make those bonds more tangible by saying hi, shaking hands, or even hugging each other. I managed to accomplish all three, another win for Nottingham Comic Con!

The venue itself felt like a fine choice for this manner of convention. The conference centre itself is not exactly the most excitable or immersive building to be inside of, but it didn’t’ need to be. The creators pulled out all the stops in bringing both floors to life with their eclectic work. Then again, this is the fifth year that this convention has been held, so I imagine Kev knows how to run a well-oiled machine at this point.

One thing that did irk me about the convention was how it felt that pretty much anyone who didn’t have a comic to show off felt consigned to the back rows, which were more difficult to see for the roving public and thus probably weren’t getting as much traffic going by as the indie creators, who were mostly out in the open for all to see. This may contradict my earlier feelings about how nice it felt to be surrounded by indie comics at this type of convention, but there did feel like something of an unequal balance between comic creators and non-comic creators in terms of exposure. However, access to the steady stream of rows where all these exhibitors were nestled was an easy affair, adding to the uncrowded nature of the convention, everywhere felt like you could happily explore everything in your own time.

Nottingham Comic Con 2017 personifies how indie comics should be celebrated. The creator and their work are placed in the spotlight within a warm, inviting atmosphere. It’s no secret that indie comics attract a niche audience, so it’s all the more gratifying that we’re able to have conventions such as Thought Bubble, ICE and Nottingham Comic Con that give the indie creator that vital platform. Nice work Kev! 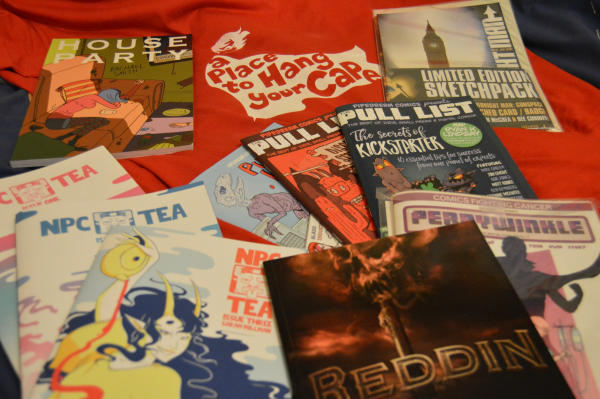 Were you at this year’s Nottingham Comic Con? Let us know in the comments section below or send us a Tweet!