Home » The Punisher’s 1st Trailer Promises Grit, Gore, and Gunfire but Little Else 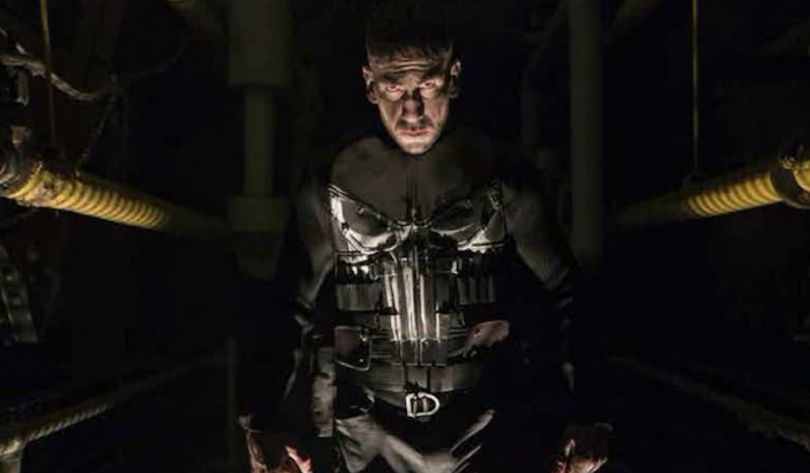 The Punisher has never been my favorite Marvel character nor have any of his live action appearances endeared me to the character. Jon Bernthal did deliver a gripping portrayal in Season 2 of Daredevil and while he stole the show in many scenes (namely the graphically impressive prison fight sequence), I didn’t finish the season hoping to see him in his own spin-off season. I must have been in the minority of viewers because Marvel and Netflix announced that Frank Castle, a.k.a. the murderous vigilante the Punisher, would be getting his own Netflix show in late 2017.

This trailer, the only full-length one other than the teaser shown at the end of The Defenders, sets up the show very well. It builds off of what we learn about Castle in Daredevil: he’s a covert operations Iraq War veteran whose family was killed in the crossfire of a mob shootout. In Daredevil, Castle waged war against the gangs responsible for his family’s death. He served well as a darker counterpoint to Matt Murdock’s morality, raising difficult questions for the still-developing hero of Hell’s Kitchen. By the end of the season, Castle had killed the heads of the mobs responsible for his family’s death, burned down his old house, and walked off into darkness. His story could have ended there, but as this trailer shows, there is much more to come. 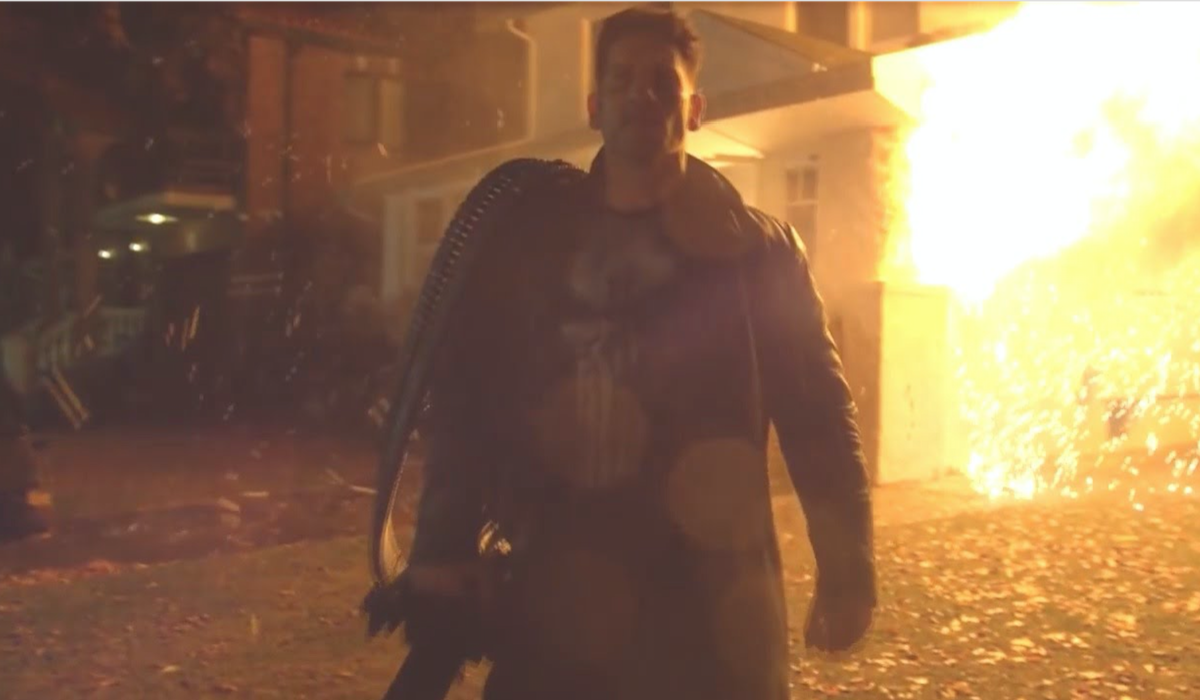 The trailer opens by showing us Castle’s tragic memories of losing his wife, son, and daughter. The first gunshot heard (there will be many more to follow) is deafening. Next, Castle assembles his arsenal and dons his traditional Skull-logo tactical costume. The violence seen here is far from glorified; it is brutal, painful, and unforgiving. The Punisher has never been a traditional “action hero”, instead just barely skirting the line between a sympathetic vigilante and a serial killer. Castle stands in front of a bathroom mirror and we get to see the damage that his crusade has done to his body. Think John McClane at the end of Die Hard.

What little plot this trailer gives away surrounds a high-level governmental conspiracy involving Rawlins (Paul Schultze), a mysterious figure possibly working with Homeland Security, the CIA, and the FBI. Castle’s allies, hacker Micro (Ebon Moss-Bachrach) and Daredevil‘s Karen Page (Deborah Ann Woll) are briefly featured. The Punisher’s circle of friends, if you can call them friends, has always been small. Expect the few allies he has to play big roles in his story. 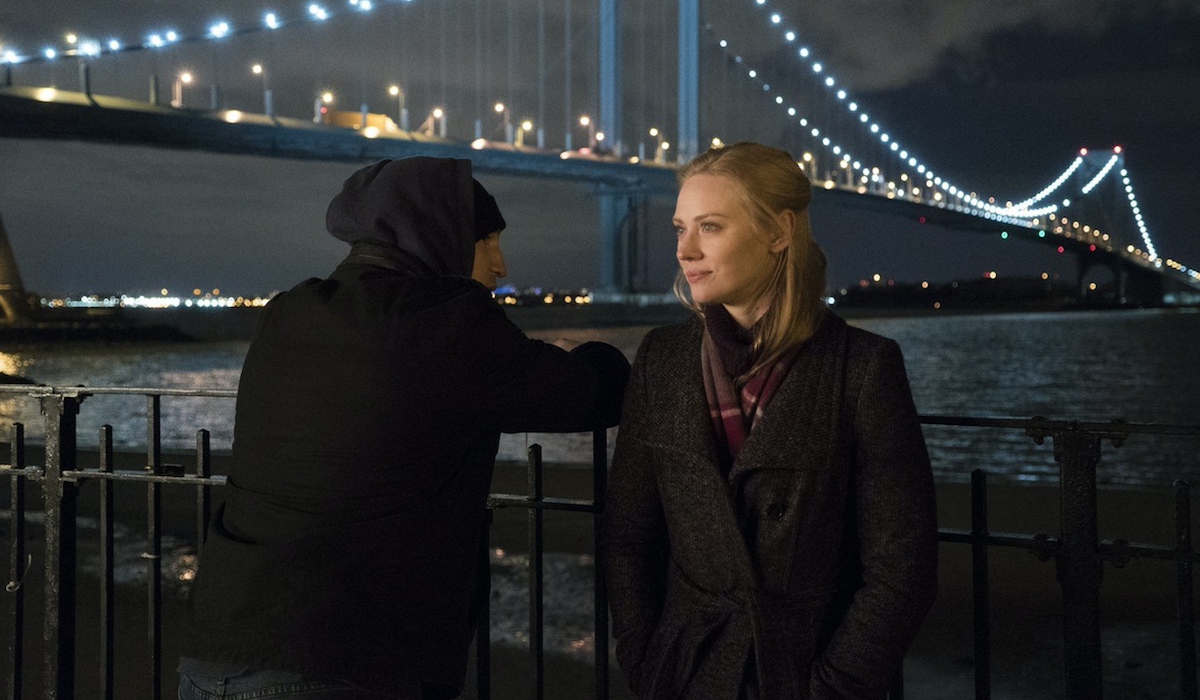 What follow are a series of dynamic action shots: car crashes, running down alleys, sniper shots, explosions, and a staircase escape reminiscent of Cap and Bucky’s in Captain America: Civil War. For just a few seconds, we see Billy Russo (Ben Barnes) who in the comics and Punisher: War Zone is the Punisher’s archenemy, Jigsaw. He is likely not the main antagonist of this season, but may evolve into villainy if the show is renewed for later seasons. Amber Rose Revah is briefly shown as Homeland agent Dinah Madani, who is investigating Castle’s activities in New York. Not featured in this trailer are recurring cast members Mary Elizabeth Mastrantonio and Shoreh Aghdashloo, both Academy Award-nominated actresses and veterans of the action/crime genre.

The Punisher‘s release date is still unknown and is slyly obscured at the end of the trailer. Rumour has it that Marvel and Netflix had originally planned to surprise release the show in the first week of October before deciding against it in the wake of the tragic Las Vegas mass shooting.* Whether this is true or not, The Punisher‘s delay is tasteful and the decent thing to do. Whenever it does come out, I will watch it with skepticism and curiosity. It may prove to be one of Marvel’s most raw and exciting shows, but it may also slip into a Homeland-esque abyss of confusion and gloom.

Until then, keep your eyes pealed for The Punisher‘s release. You can watch its trailer here:

*UPDATE – a second trailer released on the 19th of October reveals The Punisher’s release date to be November the 17th, mark it in your calendars folks!

Are you excited for The Punisher? What comic book elements are you hoping it will include?  Who else should cameo from the other Netflix shows? Sound off in the comments or send us your thoughts on Facebook or Twitter!