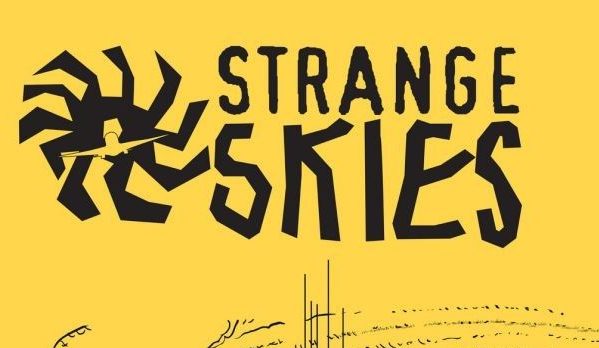 What would you do if you woke up in the middle of your flight and you had no idea where your flight was. Would you panic or would you be logical and figure out what was going on. That is the question at the heart of Strange Skies.

In a lot of ways Strange Skies reminds me of The Mist, the novella by Stephen King and film directed by Frank Darabont. It is about a group of people stuck in a location dealing with a supernatural event. But the event itself is not what the story is focused on. Instead it is more interested in the group of characters and how they react to the situation they are in. Some do there best to help others while others freak out and begin trying to assert themselves as the ones in charge. Others allow their prejudice get the better of them and use it to justify committing disgusting actions against their fellow-man. It allows the reader to see themselves in the characters and think about how they would react if put into such a situation. By focusing on the human side of the story writer and penciler Iqbal Ali has crafted a compelling horror mystery that elevates itself above most stories in its genre.

The writing by Ali is very strong and he works in themes such as prejudice, responsibility, and becoming a parent and how that changes you.  One of the strongest of these characters is the air marshal who does come off as brash but should be in charge since the pilot is dead. Later it is revealed that he is a Muslim and has been hiding this fact because he knows that people on the plane will blame him for what has happened. It gives dimension to his character and you see why he has been brash with some of the others because he has to hide who he really is from them. The rest of the cast is also given issues that deal with fear and responsibility, that allows them to  be more than staple horror clichés. It is this kind of social commentary that elevates simple thriller or horror stories into great one. 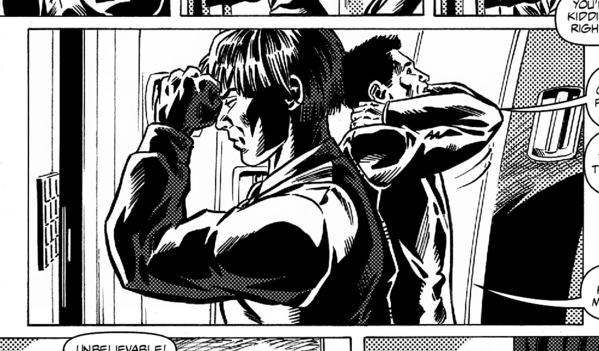 The artwork by Ali with inking by Stephen Baskerville is also splendid. While not anything flashy it is strong and sucks you into the story. The use of black and white is also striking and brings a Twilight Zone feel to the story which fits it perfectly. The blacks are also used wonderfully to highlight the more supernatural aspects of the story and let the reader know then something not of this world is affecting the plane.

For those looking for a monster story that is set on a plane, Strange Skies will disappoint you. But I believe by focusing on the characters and the very human reactions to the situation Strange Skies is a superior story. It allows us to see the ugliness and beauty of humanity and remind us that sometimes we just need a little faith to get through impossible circumstances.

You can discover more about Strange Skies from its publisher, Mild Frenzy Comics. Have you already read Strange Skies? Let us know in the comments section below or send us a Tweet!