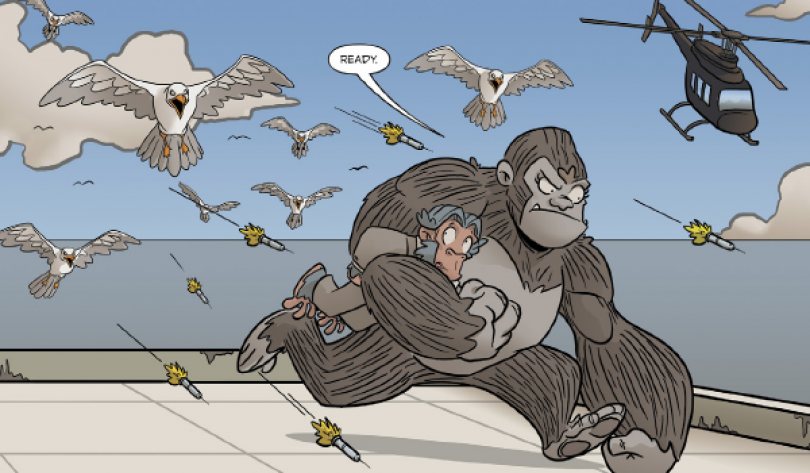 Parodies are often challenging to write. They toe the fine line between relying too heavily on references and telling their own story. The previous issue of the Bubbles O’Seven series (my review of which can be found here) focused more on telling its own story rather than following through with familiar James Bond tropes. The series’ third issue, The Ape Who Punched Me, features more Bond-like moments but also contains a fun and compelling original story.

Bubbles’ latest adventure begins not with him but with Miss Prime, a secondary MI7 character, arguing with her father who happens to be a high-ranking official in the bureau. Fleshing out the backstory and family of Miss Prime is a good way to distinguish her from Miss Moneypenny, her Bond counterpart. Meanwhile, Agent 511, our primate protagonist, drops in on his contact in a Belfast aquarium- Agent 444, an octopus. Already, the tone of this book is different from the previous one. Here, quippier writing and a new, cartoony art-style by Mike Hartigan give the book a less serious tone. This is a welcome change and it allowed me as a reader to have more fun with the book. 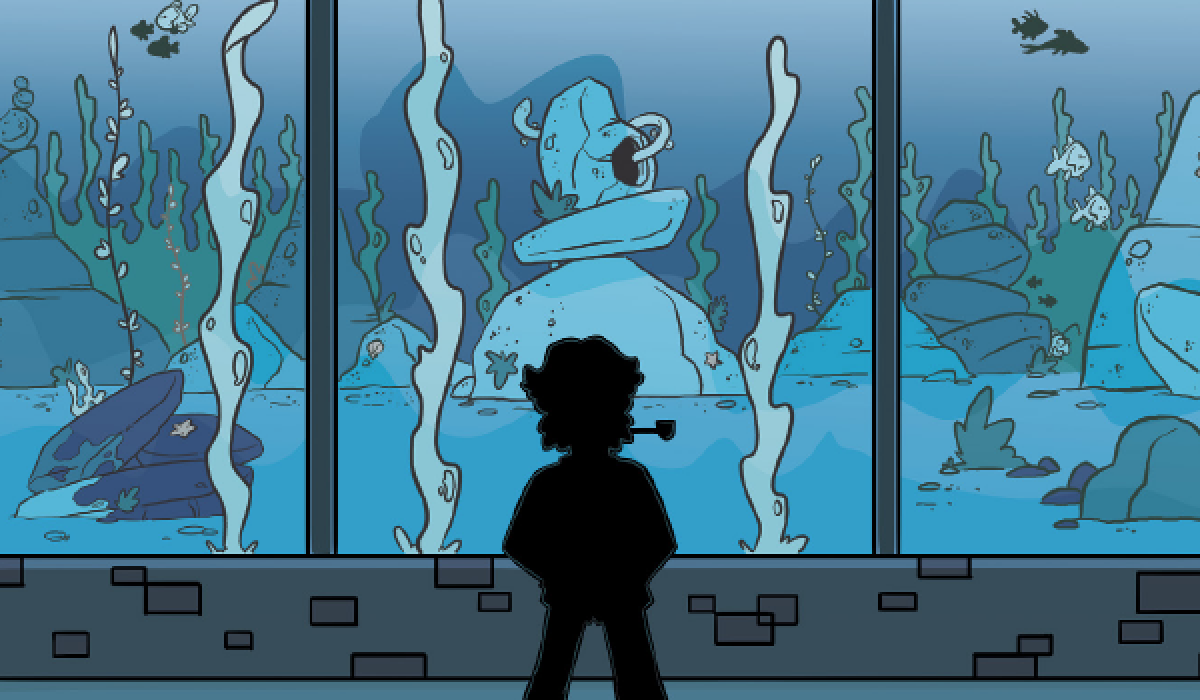 Bubbles’ conversation with 444 solves my other biggest gripe about the last issue: not touching enough on the animal-spy experimentation. The backstory given for this program is interesting and plausible within the story world. It ties into the cut-away moments of Bubbles being interrogated from last issue (addressed again at the end of this one) and rounds out his world very nicely. Just because a book has lighthearted and fun elements does not mean it should avoid having a weighty backstory. The Ape Who Punched Me is a great example of a story that includes both.

Next, Bubbles travels into the heart of Belfast to find an escaped gorilla formerly part of his experimentation. The scene of Bubbles entering the pub reminded me of the “manners maketh man” sequence from Kingsman: The Secret Service. Throughout the book, Bubbles’ nonchalant suaveness has been a delight, harkening back to Sean Connery and Roger Moore as 007. Here, when he orders a “leaf green smoothie… blended not crushed”, I can’t help but smile. The jokes in this story are well earned and easily elicited a smile from me.

Once meeting the gorilla, we get more dialogue about their experimental pasts- always a plus for me. Bubbles leads the gorilla to the roof of a nearby hotel and transitions us into the issue’s big action set piece. Past here, I am hesitant to reveal much, as some elements of the story’s ending are better left unspoiled. I do want to mention the very ending of the story, teasing Bubbles’ next mission in Japan, inspired by the James Bond book and movie You Only Live Twice. 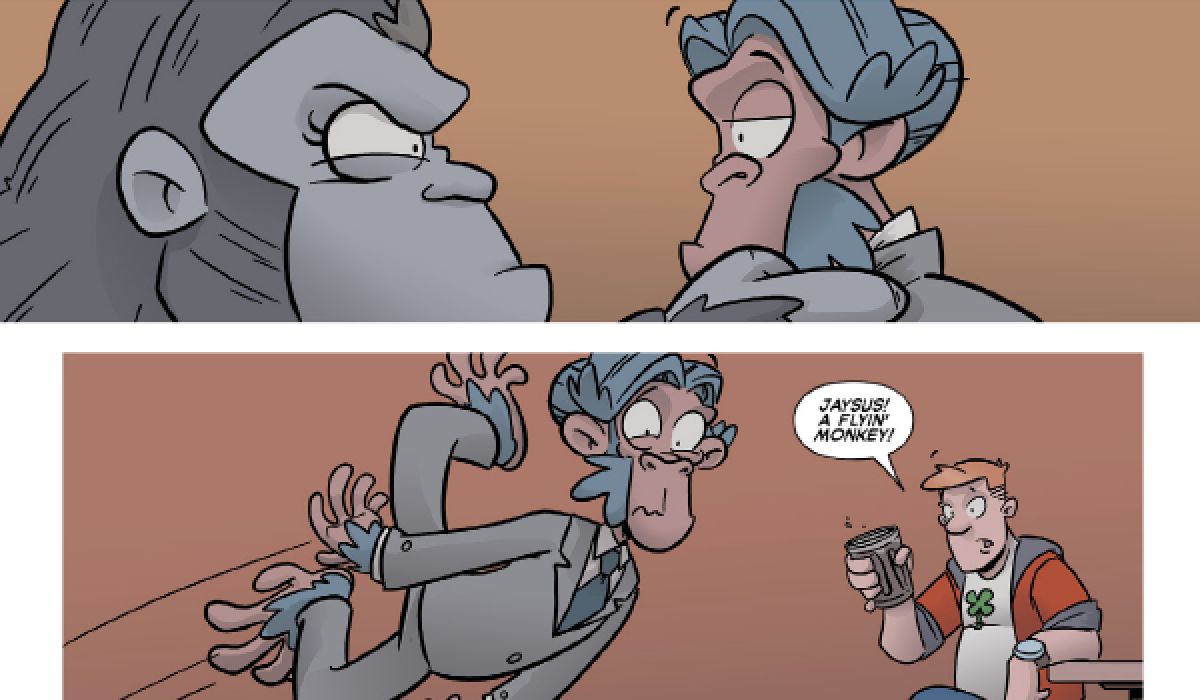 Overall, The Ape Who Punched Me was a massive improvement over Bubbles’ last issues. It hit exactly the right tone I was hoping it too, serving as both a clever parody and its own fun story. The new art style, snappier pacing, character twists and reveals, and stream-lined plot were all key points in making this story a joy to read. My interest in the world of Bubbles O’Seven increased ten-fold by the time I finished the final page. While before I awaited writer Grainne McEntee‘s next issue with curiosity, now I await it with enthusiasm.

To support Bubbles’ next mission, go to the comic’s Kickstarter here! Are you eager to join this animal agent’s next adventure? Sound off in the comments or send us your thoughts on Facebook or Twitter!