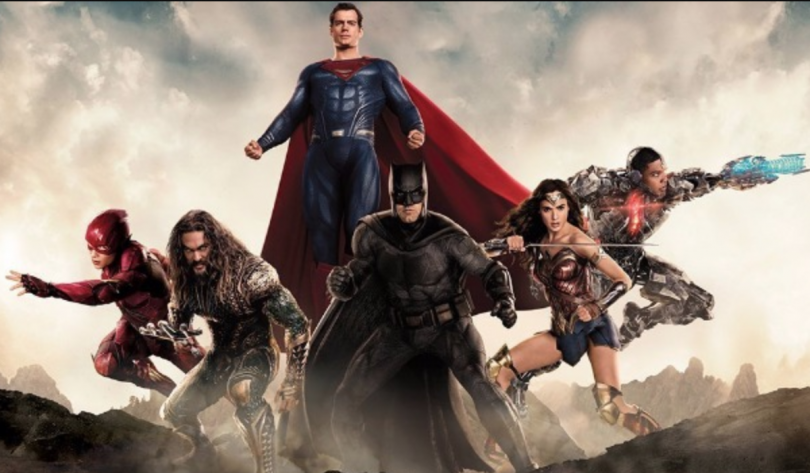 With a Justice League live-action movie finally right around the corner, it seems like a good time to start speculating on which other JL members from the comics we want to see in future films. Justice League is bound to do very well at the box office and even if it does poorly with critics and audiences like some other DCEU films have, we are sure to get a sequel in the next few years. Even including the nearly twenty DCEU films currently in various stages of production, many popular characters have yet to be taken off the sidelines.

Some listed here would fit best in a Justice League team-up movie and others might fare better on in own solo story. Thankfully, in the CW’s Arrowverse, there are already many great live-action portrayals of classic DC characters, like Martian Manhunter, Supergirl, Green Arrow, Black Canary, the Atom, Firestorm, Vixen, and more. For that reason, I haven’t listed here anybody already doing well on TV, even though they would make great inclusions in DC’s upcoming films. For a broader list of character casting, you can check out my article on 6 Ways the DCEU Can be Fixed. 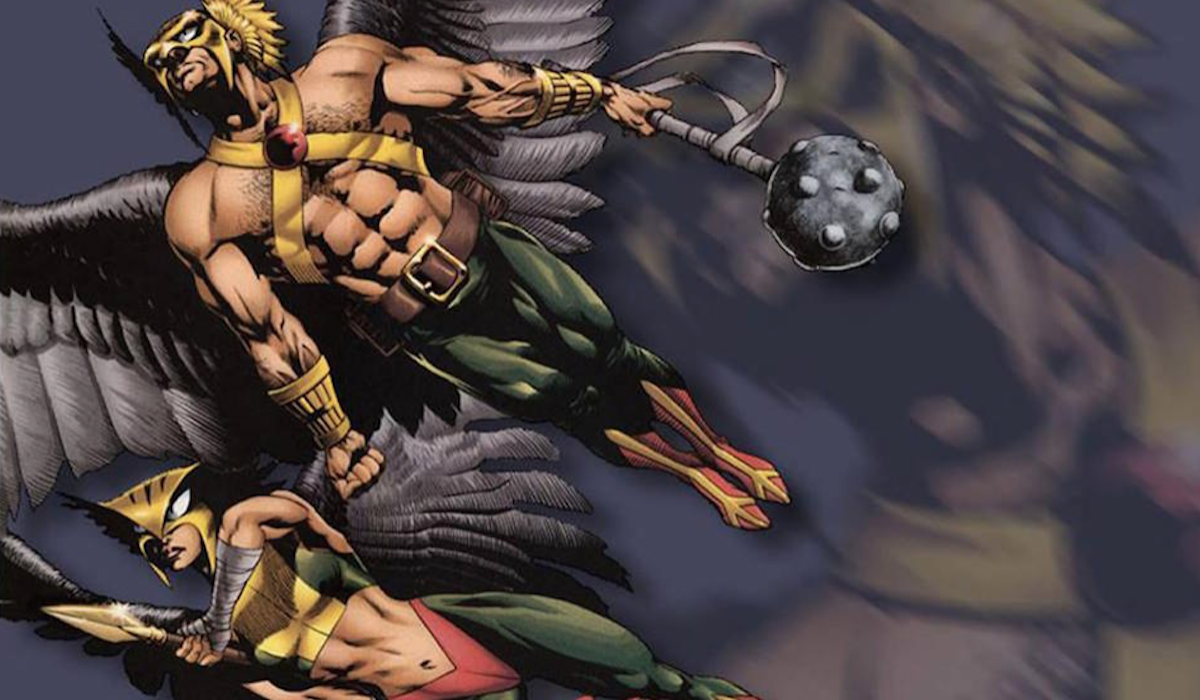 These Thanagarian warriors made little impact in Legends of Tomorrow‘s first season and are overdue for a quality film adaptation. Their stories combine intergalactic adventures with an ancient Egyptian past- a good mix for an action/adventure spin-off film blending the best parts of Thor: Ragnarok and Indiana Jones. But at the core of it all, there should be a compelling and interesting romance between our two leads. My ideal casting would be The Legend of Tarzan‘s Alexander Skarsgård and Ex Machina‘s Alicia Vikander. 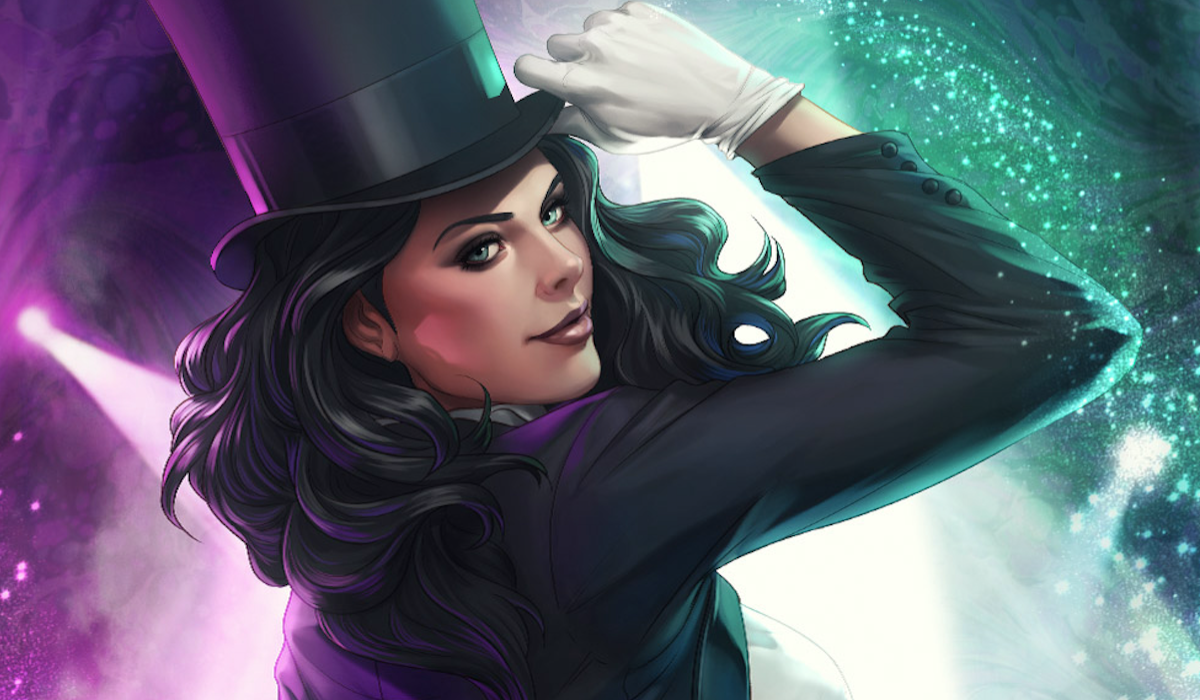 Zatanna’s world opens up the magical side of the DC universe. She would make a great entry point into other magical characters and eventually into a Justice League: Dark film. A solo film could feature her estranged relationship with her stage magician father and explore how she learned to use her powers and protect Earth from magical threats. It would be like if the events in Doctor Strange happened to a much younger person, where her becoming an independent adult would parallel her becoming a powerful sorceress. Plus, her story intersects nicely with other heroes like a young Batman and eventual boyfriend John Constantine. American Horror Story‘s Alexandra Daddario would play the part nicely. 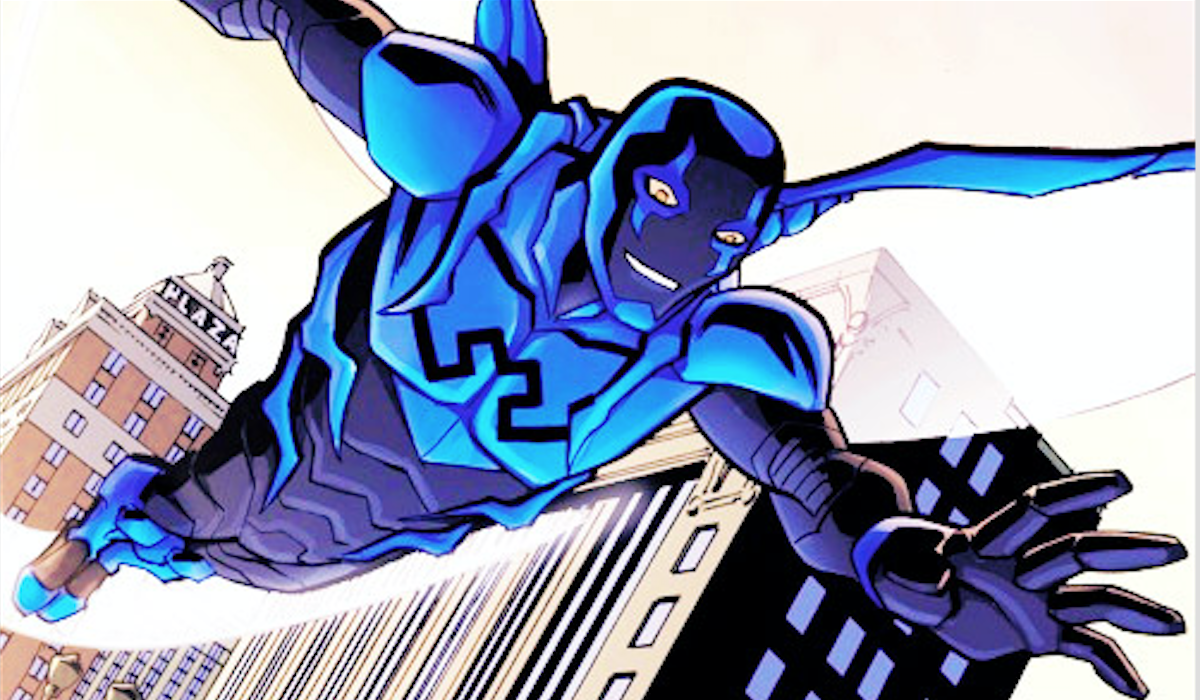 The passing down of the Blue Beetle mantle from hero to hero could make an interesting legacy story in and of itself. However, if a Blue Beetle film were to be released now, the most popular iteration would be Jaime Reyes. His suit’s creators, the Reach, are great antagonists for the teenage superhero to face, along with the everyday antagonists of his life in El Paso, Texas. Since first appearing in comics, Reyes has joined with both the Teen Titans and the Justice League and could bridge the two groups in a larger crossover film. Jake T. Austin, already the voice of the animated Blue Beetle in two films and Justice League Action, would make a good live-action Jaime Reyes as well. 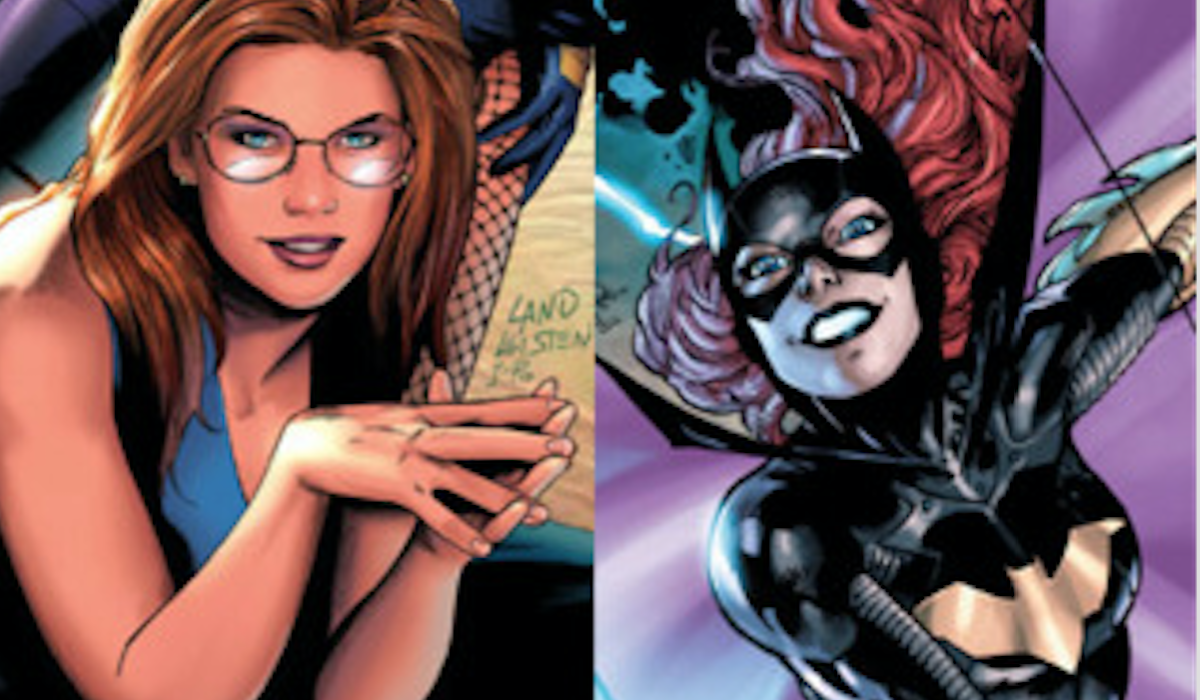 Which era of Barbara Gordon’s career we see in the DCEU all depends on what director Joss Whedon chooses to include in his proposed Batgirl film. What little is known points to him taking inspiration from the New 52 Batgirl run written by Gail Simone. Barbara Gordon is in desperate need of redemption from Alicia Silverstone‘s misguided portrayal in Batman and Robin and though not my first choice to direct, Whedon is more than capable of producing a faithful and worthy adaptation. Batgirl should be played by a talented but lesser known actress, like Don’t Breathe‘s Jane Levy. 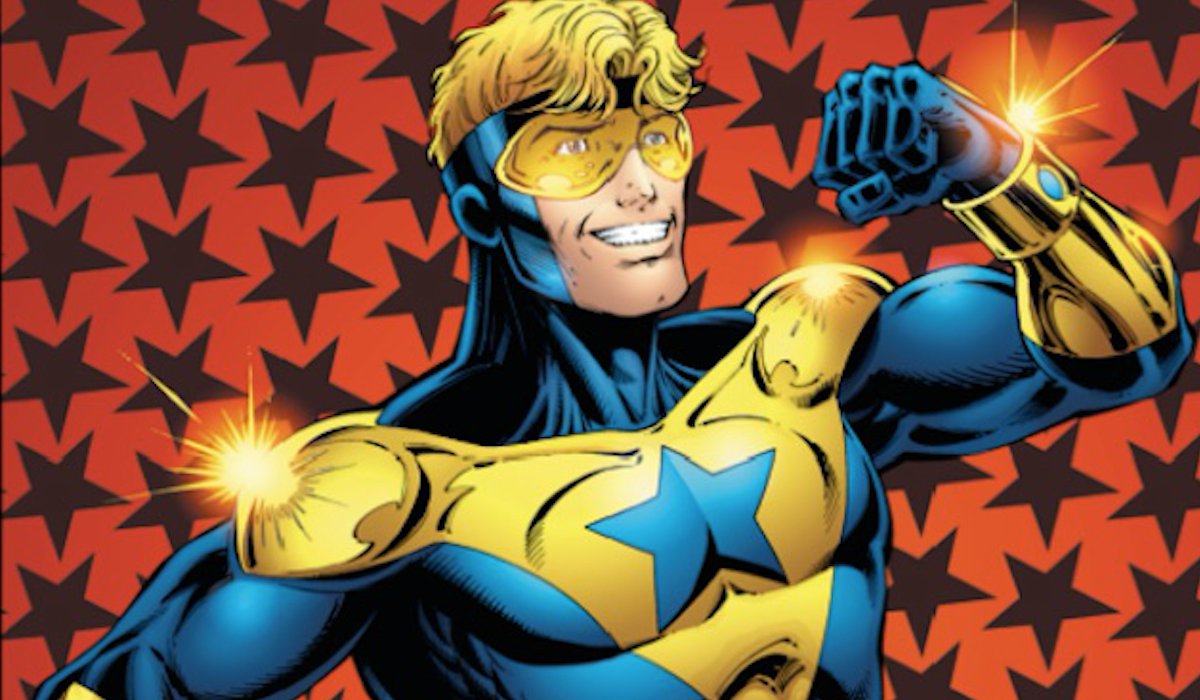 Rumors of a Booster Gold film written by Zack Stenz and produced by Greg Berlanti have floated around the internet since a little over a year ago. It is unknown if it will connect to the DCEU or not, but either way I hope it happens. Booster Gold’s narcissistic quest to become a celebrity using his knowledge of the future makes for great comedy and a compelling character arc. His unique ability to time-travel to just about any period in DC history is something worth exploring. Plus, this would make the perfect role for Firefly and Castle star Nathan Fillion to play in the DCEU, finally fulfilling our long-awaited wishes. 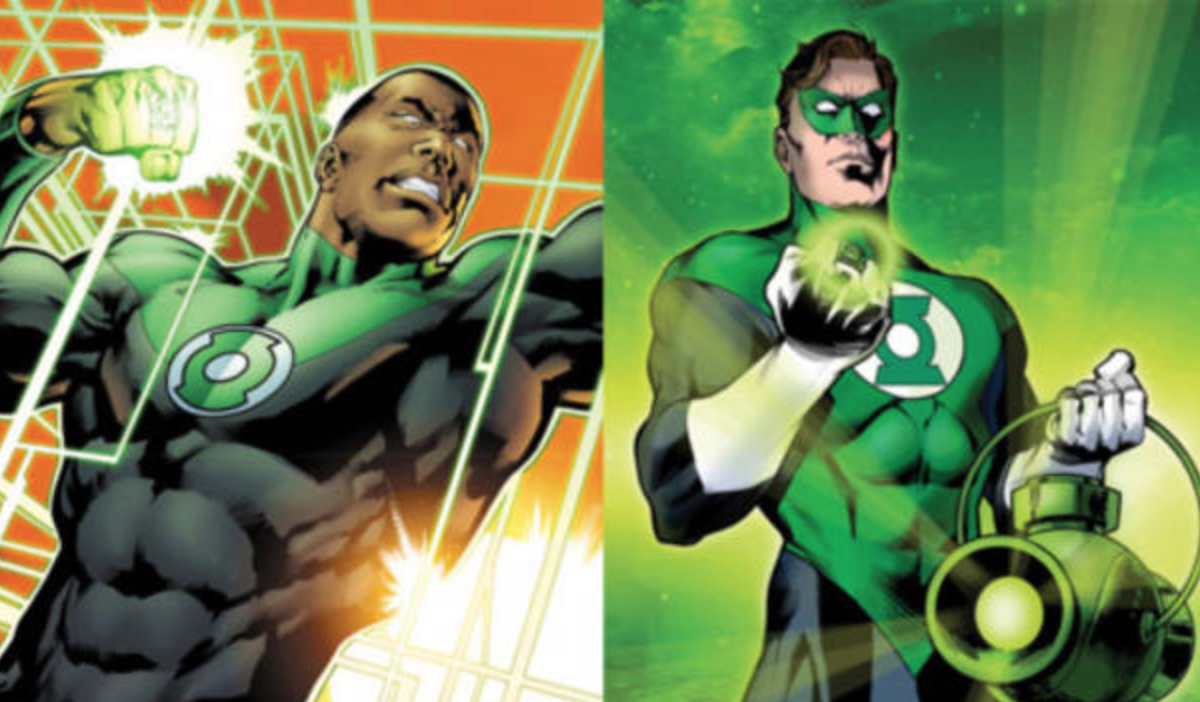 A Green Lantern film, titled Green Lantern Corps, has been slated for release in July 2020 since the DCEU’s first announcement of future movies. We know it will include both Hal Jordan and John Stewart, as well as other Lanterns in smaller roles. Most fans are hoping for a “Lethal Weapon in space” feel, which I think would fit the film nicely and distinguish it from the 2011 Ryan Reynolds disappointment. The Man From U.N.C.L.E.‘s Armie Hammer and Moonlight‘s André Holland would be great for Jordan and Stewart respectively.

At this point, it’s unlikely that we will see any major casting surprises in Justice League, but there is always hope for future movies to include them. With a wealth of comic and television interpretations to draw on, the DCEU has plenty to look to when crafting future stories and characters. For this hopeful fan, the best is yet to come.

What Justice League characters do you want to see in future DCEU movies? Should any of my casting choices be different? Sound off in the comments or send us your thoughts on Facebook or Twitter!