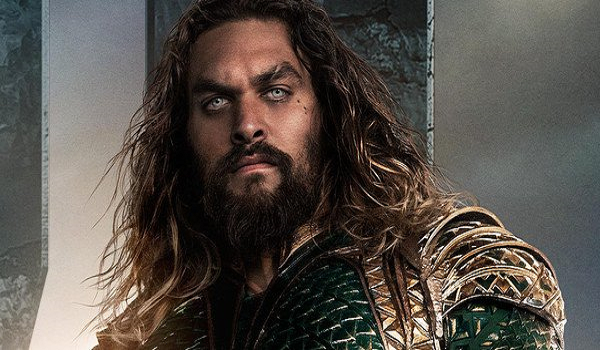 Justice League is mere days away and the anticipation is quite lukewarm, in comparison to the recently released Thor: Ragnarok‘s buildup. In the DC and WB’s latest attempt to get their shared universe off the ground, Justice League honestly looks like it is a hot mess. However, we are finally going to see Aquaman on the big screen for the first time ever!

Who is Aquaman? In the comics, Arthur Curry is half-human, half-Atlantean. He is the son of a lighthouse keeper and the princess/queen of Atlantis. He is the rightful ruler of the seas in the DC Universe. Despite Aquaman being quite the powerhouse and an actual King of the Seas, he’s been mainly a joke to most, inside and outside of fandom.

Aquaman is not a joke.

When DC and WB were casting actors in various roles for Batman v Superman: Dawn of Justice, the news that Jason Momoa was cast as Aquaman/Arthur Curry almost confused fans, especially those not really fond of Aquaman as a superhero. (Not me, I thought it was super awesome choice). Formerly Khal Drogo from Season 1 of Game of Thrones, Momoa looks like a powerhouse on his own! The first images of him as Aquaman came in BvS. Batman/Bruce Wayne was reviewing files on metahumans and other people with special powers. Aquaman, in the quick video, attacks a sub?  The DCEU’s Aquaman comes off as a protector and a little bit angry.

The trailers for Justice League gave some look into Aquaman, even if they focused more on Batman. Arthur obviously is a caring individual, despite his gruff demeanour. He brought fish to a poor town when they have no food on the low tides. It’s a very superhero-thing to do, in fact. Also, it is how Batman found him in the first place. However, when confronted with Bruce, Arthur immediately picks Batman off the ground and slams him into a wall, staring menacingly at him. This is another example of the protectiveness of a powerful king.

It seems that, at first, Arthur sees Bruce/Batman as a threat. In the dynamics of the Justice League itself, I see Batman and Aquaman clashing over what to do. Generally is Superman’s role or Green Lantern Hal Jordan’s role.  Batman is the leader of the Justice League and used to being the smartest in the room. But, Arthur is a King and a leader on his own. It has been reported that Batman and Aquaman will not be the best of friend immediately.

In addition, Aquaman almost has no fear of battle, he actually revels in it. When fighting the invading Parademons, Aquaman launched himself off the speeding Batmobile into the sky taking out several Parademons. We continue to see this almost reckless behaviour throughout the trailers. Another thing about the King of Atlantis, he’s not afraid to throw out a mocking joke or two at the expense of other, mostly Batman. So, he won’t be all serious, gruff, battle-tough.

Arthur is the most reluctant member of the recruited team. He obviously said no the first time. But something must happen (a mother box in the oceans goes off, harming his people, maybe) and then he joins the Justice League’s efforts. Other than Batman, I’m not sure how he’ll interact with the other characters. Seeing as The Flash and Cyborg are the younger characters, Aquaman may doubt their abilities or become a mentor towards them. It remains to be seen. I can see Aquaman being unsure of Wonder Woman at first, but I expect that will quickly change. Wonder Woman amazes many.

I expect that while Justice League may not be up to standards (but expected of DC), Momoa’s outing as the aquatic superhero will be pretty sweet.  At least, that’s what I’m hoping. What do you think about the DCEU’s Aquaman? Will it not be as cool as I think it is?  Let us know.