Home » Justice League Should have Stayed a Pipe Dream 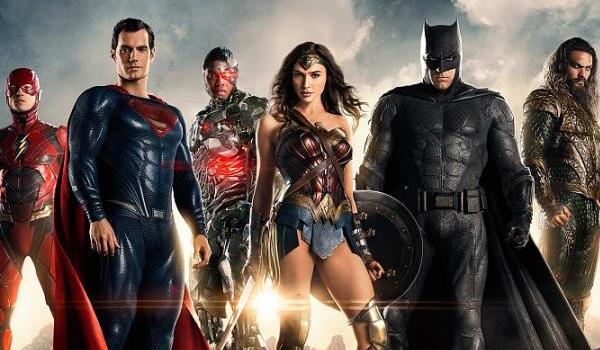 If Batman v Superman was a pile of poo, and Suicide Squad was a neon-coloured melted birthday cake, Justice League would be a garbage cube made of Jenga pieces. Justice League is by no means the anticipated train wreck it looked to be, but still remains a film muddled by its own existence. The fallout of Batman v Superman sent the morons behind the DCEU into a panic, leading to the editorial nightmare that was Suicide Squad, and Justice League suffered a similar fate. Reports of countless reshoots to change the film’s tone flooded the internet. Director Zack Snyder left due for understandable, tragic reasons, replaced by Joss Whedon, and the initial idea for a two-parter was permanently shelved as the studio announced film project after film project that aren’t getting off the ground.

Being used as an attempt at course correction for the DCEU, Justice League is better than Batman v Superman, but not by great lengths. It still suffers from the same problems as its predecessor like a clunky story, wooden characters, cheesy-looking visual effects, and feels more like watching cut scenes from the Injustice games. However, it is actually a lot more fun, and lighter on the dark and gritty dribble department. It still is often a bumpy ride, often feels hollow, and lacks barely any thematic resonance in it, but is some dumb fun all the same. Say what you will about Justice League, it is now officially historical, introducing the other big superhero team to the big screen.

Major spoiler warning for Justice League and Batman v. Superman from here on!

The film will be compared to Avengers Assemble, which is supremely better, as both are similar and no doubt Justice League will be accused of ripping off the former. The story is suspiciously similar, but the movie does have enough groundwork to tie things together. An evil alien named Steppenwolf (Ciaran Hinds) seeks the three Mother Boxes hidden on Earth to basically conquer it and please his master/nephew Darkseid. With Superman dead and an invasion imminent, Batman (Ben Affleck) and Wonder Woman (Gal Gadot) decide to form a team of superheroes to stop him, consisting of themselves, the Flash (Ezra Miller), Aquaman (Jason Momoa), and Cyborg (Ray Fisher), with aid from Alfred (Jeremy Irons) and Commissioner Gordon (J.K. Simmons).

There is at least some minor dynamic and chemistry between the heroes and their respective actors, and the plot keeps chugging along at a decent pace. Wonder Woman and Aquaman have legitimate reasons to be involved since two of the Mother Boxes are located in Themyscira and Atlantis, Cyborg’s body is directly linked to the technology, and the Flash is in because he apparently needs friends. Steppenwolf’s plan is basic and uninteresting, and his motives are vague beyond wanting to live the glory of warfare. What is he? A Sontaran?

Snyder’s usual reliance on slow motion sequences is abundant here, and while it is nice to see the world from The Flash’s perspective via the Speed Force, it can get dull when it happens again and again. Joss Whedon’s brief involvement shines through with his signature sense of comedy and writing, but it can drastically alter the feeling of the movie whenever it flares up.

Overall, the whole movie does feel very empty and meaningless. This is meant to be a huge event in comic book history, where the most iconic superheroes of all-time come together on the silver screen. But the end result feels cheap and lifeless, the fun mostly supported by the presence of the Justice League together in a movie. Whether or not it was because of the script or reshoots, the studio likely played it safe to avoid any idea of backlash. Consequently, anything that doesn’t involve an awkward-placed joke, green screen-reliant action scenes, and the actors posing for marketing, was likely left on the cutting room floor. Even Batman v Superman had some themes to discuss. Justice League has nothing.

There are times where characters make dumb decisions and then stand about wondering what went wrong. For instance, Cyborg commandeers Batman’s mecha, but despite being a walking machine, he can’t figure out how to turn it back on. The third Mother Box gets stolen by Steppenwolf, left on its own by the Justice League and they are bewildered when he snatches it, having forgotten it exists – though the reasons why will be explained in a little while.

Of course, the biggest moment of the film or at least on paper, was the resurrection of Superman (Henry Cavill), revived using one of the Mother Boxes and the Kryptonian ship used to make Doomsday. And before anyone jumps down my throat about spoiling the film, the studio made no such attempt to cover up Superman’s return. Considering how flat and meaningless his death was, it only makes sense that his second coming would equally be as shallow.

What is the point of killing off a character if they are just destined to come back a year later? And they won’t be able to do this again. This is a generational thing where an iconic character dies. Like how Optimus Prime died in the 1980s and it left quite the impact. Superman’s death was as shallow as his character was wooden. No one wants to see an angsty, brooding hero debating his own existence and powers. Leave that stuff to Batman.

But, on the other hand, with his resurrection, Superman is actually now a lot closer to his iconic persona. He actually embodies those classic tropes of heroism and care that has personified the character for years. He even smiles and has a moment where he senses citizens are in trouble, flying off to save them.

Affleck is still good as Batman, and I really hope he doesn’t call it quits, or is replaced if Flashpoint goes ahead. However, Batman likes to throw caution to the wind in this movie, having no problem resurrecting Superman, despite the possibility of the Mother Box driving him nuts. Gal Gadot is equally fantastic as Wonder Woman, given a minor character arc opening up about Steve Trevor’s death, and shutting herself off from others for a century.

Ezra Miller teeters on being funny and irritating at the same time as Barry Allen, and it isn’t certain if the character is meant to be autistic or not. If he is, then it comes off as more of a caricature, than how say Billy Cranston was in Power Rangers. Aquaman is thankfully not portrayed as brooding or a jerk, but reminded me quite a lot of Thor, and Jason Momoa is quite fun. And, yes, they do make a couple of jokes about the whole talking to fish meme. Ray Fisher does have some screen presence as Cyborg, but the conspicuous CG making up most of his body is very distracting.

The supporting roles are enjoyable, considering what limited screentime they have. Amy Adams and Diane Lane make welcome returns as Lois Lane and Martha Kent, Jeremy Irons is underused again, while J.K. Simmons is phenomenal as Gordon. Now if only he’d come back for the Spider-Man films. Steppenwolf joins the ranks of the boring, one-dimensional villains of cinematic history. Everything about him is just generic, his vocals are nearly impossible to understand, and the fact that he is entirely computer generated just contributes even more to the feeling of watching a video game.

Speaking of special effects. Even with the huge budget and multiple reshoots, the effects in Justice League look godawful and cheap. The green screens are obvious right from the first scene. Everything from Steppenwolf to Henry Cavill’s erased moustache stick out like sore thumbs. Just about every shot in the battles involve some sort of CGI (or slow motion), are often frenetic, and the actors spend most of the time standing around on rooftops or in one place, augmented by more green screens. It does work occasionally, like when the Flash is running around, or when Aquaman is underwater.

Originally, Hans Zimmer was going to compose the film’s score, but was replaced by good old Danny Elfman, who mixed a couple of familiar melodies into the movie, such as the theme from the 1989 Batman film, and even John Williams‘ iconic theme of Superman if you listen close enough.

Justice League manages to come off as goofy and fun, but may not be worth the price for admission. Several future films are set up for whatever direction the DCEU will take, but all in all, Justice League could and should have been so much more. It is the end result of a planned film franchise butchered by executives with no idea how to handle the properties involved. The future Flashpoint movie may serve as a broom to sweep away the bad movies and reboot the whole thing, but it wouldn’t only add to the fact that the DCEU just doesn’t work in its current incarnation, and audiences and critics aren’t all that eager for it.

What were your thoughts on Justice League? Does it somehow surpass Avengers Assemble, or is it worse than Batman v Superman? Leave a comment below or on our Twitter feed.