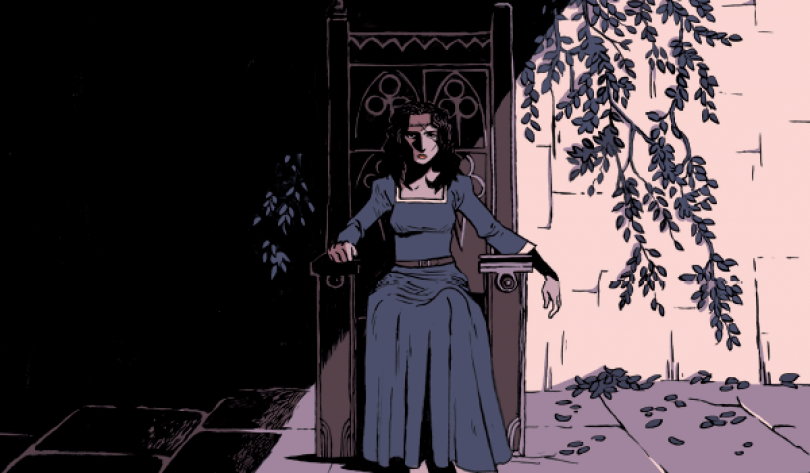 After looking at the eleven Single Issue runners-up in the 2017 Ghost City Comics Competition, we finally come to this category’s winner: Daughter by Sam Beck. This comic tells its story very patiently, gliding us through its panels and generation tale. In an unspecified medieval setting, we are introduced to the eleventh daughter of a castle’s ruling family. She wields her mother’s powerful sword and presides over her castle with her young daughter, Agatha. While hunting in the woods, she discovers a warning from her seventh brother: she must prepare to do battle. The middle section of the story goes through our protagonist preparing for battle, using both weaponry and magic, and her fighting in the battle itself.

Daughter‘s story is simple and nothing new, but- in my opinion- the plot is not the selling point of this book. The coloring of this book (for which Daughter won another Ghost City award) is a magnificent mix of blues, purples, oranges, and whites. The art style is very geometric and angular. The snowy forests contrast nicely with the tendrils of fire seen occasionally in the book in torches and mystical apparitions. The water-based creatures that attack the castle are also a lot of fun. They have an alien, almost insect-like design, with black, hollow eyes and liquid mobility. They are a threat to be taken seriously. The action of the ending fight is good too: dynamic, suspenseful, and well-staged. It rewards the slower pace of the comic’s first two thirds. 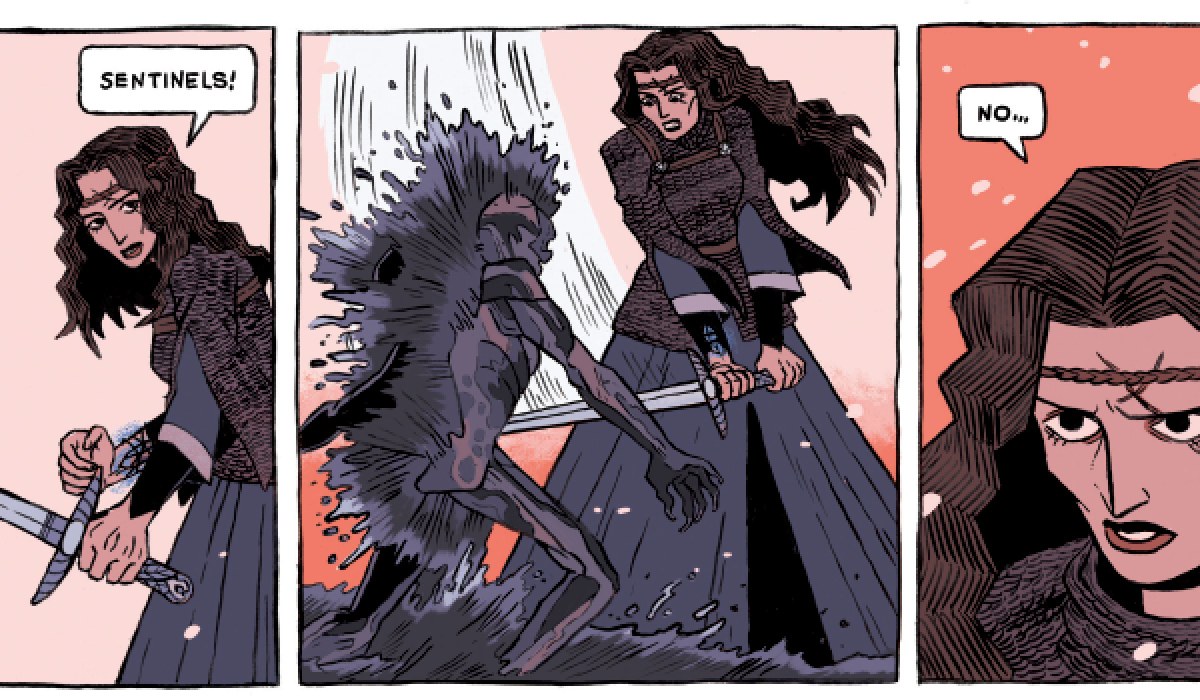 Here, I will caution any potential readers that I am going to talk about Daughter‘s ending. I feel that it’s too important a part of its story and overall nature to ignore. With all that being said, I think the ending is great. In the middle of the overwhelming fight, our protagonist saves her daughter, Agatha, and wipes out the invading force. Using a magic jewel gained earlier im the book, she sacrifices her life so that her daughter may live. The comic cuts to years later, where the jewel now rests among courtyard stone and Agatha is the castle’s protector. She echoes her mother’s vows and duties, holding her sword proudly.

This cyclical, generational story is what gives Daughter its meaning and profundity. We are told from the first page that lineages and family are important in this book, but it takes until the last page to truly see why. Again, the artwork and coloring do some heavy lifting to fill in what the story only implies. The dark blues and reds of before are swapped for whites and lighter purples. It caps off Daughter‘s good balance of dialogue and dialogue-less sections. As interesting as its characters and story are, the highlight of reading this comic was not in what it had to say but in what it had to show. 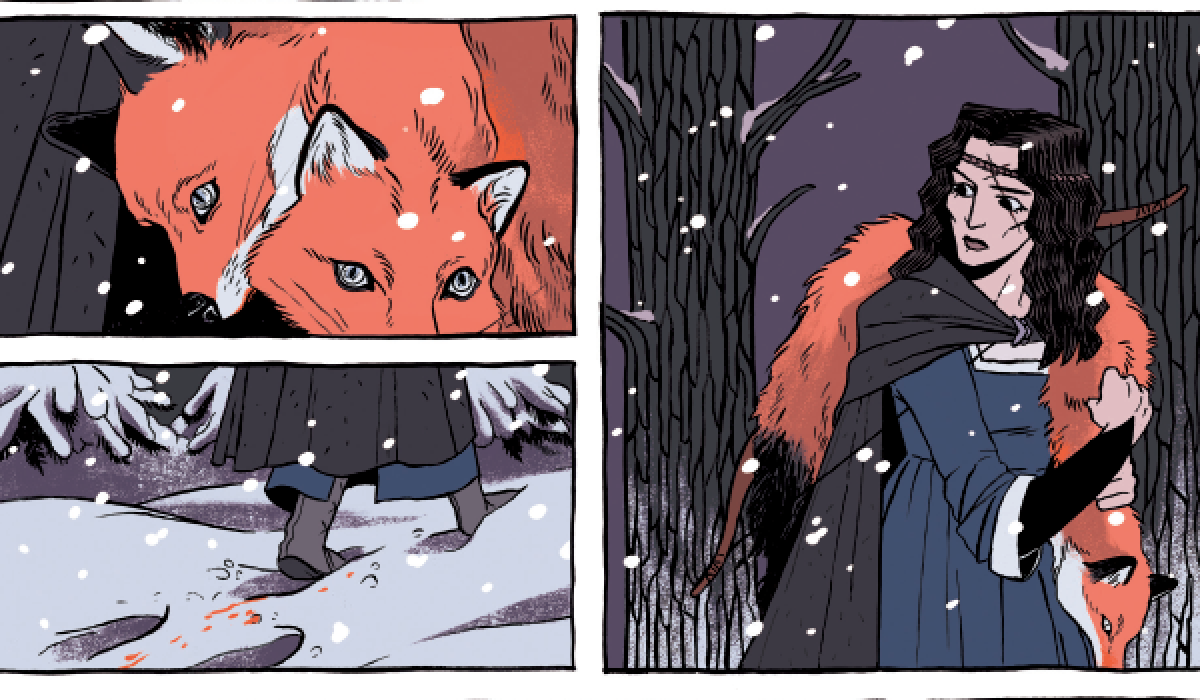 Author and artist Sam Beck is very deserving of both the accolades Daughter received in the Ghost City Comics Competition. In a field of noteworthy competitors, his comic does a lot by doing very little. It takes a familiar story and slows it down, forcing its readers to appreciate every panel individually before moving on. Its art is wonderful and endlessly pleasing to the eye. Simply put, Daughter is a stellar single issue story.

How does Daughter sound to you? Check out Sam Beck’s work here! Sound off in the comments or send us your thoughts on Facebook or Twitter!