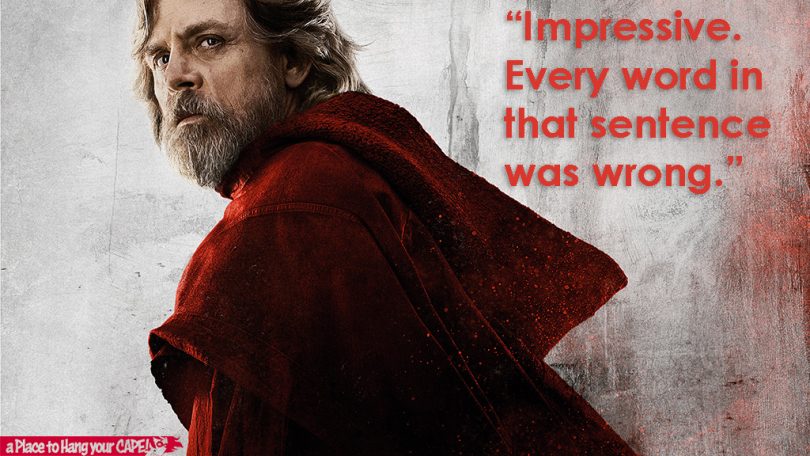 I just read this article, and it filled me with a frothy rage the likes of which I have only seen reached by the ranting Scott Meridew. Star Wars fans who didn’t like The Last Jedi are calling for it to be taken out of the Star Wars canon and for Disney to make it again.

I’m sorry, but what planet are they living on?

I get that The Last Jedi was a polarising film. Personally, I have some issues with it, but overall I liked it. I also accept that while my own personal favourite fan theories, like Rey being Obi-Wan’s granddaughter or Luke going fully to the Dark Side, didn’t come true, the film still stands as canon. But I can’t wish it out of existence any more than I can wish The Phantom Menace out of existence (and let’s be honest, if you had to pick one of the two, the choice is clear).

This petition is basically a bunch of fanboys whining “You didn’t make the film the way I wanted you to. Do it again and make it better.” First off – that will never happen, no matter how many signatures you get. Secondly, how stupid do you have to be to think that it would happen? And third – what makes you think that you deserve it?

Look, I’ll admit that I’ve had some pretty heated debates about some very stupid, fictional things. Most recently I got into it with some folks about how Supergirl could have pierced ears. What I’m saying is – I care about this stuff too. I’m as much a fan as anyone out there.

But I also accept that I, as a fan, do not have the power to change the properties I love. I can’t force the creators to do things a certain way just to make me happy.

This sense of entitlement isn’t just restricted to Star Wars. One only has to go back a month to find another petition – this time for the Zack Snyder cut of Justice League. Because once again, the studio didn’t give fans the film they hoped for (although I seriously doubt the Snyder version would have been any better).

It has been growing and growing over the last two decades. The current trend of revamping old franchises with giant scoops of nostalgia topped with mountains of fan service has only made things worse. Fans now believe they are entitled to see exactly what they want when they want.

In my opinion, this all started with Firefly. Fans felt cheated when the show was cancelled, and rightly so – it never got a true chance. And then – miracle of miracles – we got our beloved characters back in Serenity, a final swan song that gave the series a proper ending.

And fans have been clamouring for more ever since.

I have only one thing to say to people who continue to bleat on about bringing back Firefly: Shut your gorram mouth. It’s over. We’re never going to get more. I’m just as sad about it as you are. Get over it. There’s so much other content out there now. I’m sure you can find something else to fill that Nathan Fillion-shaped hole in your chest. I recommend regular doses of Castle, just don’t go crying when you find out that ended too.

The bigger issue here is that fans have actually won this fight a few times. In addition to Serenity, we got things like Futurama, Veronica Mars, and even Family Guy back onto our screens. 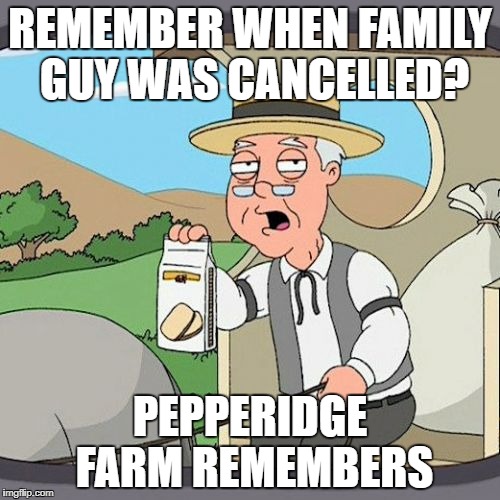 These wins, while great in the short term, are more harmful in the long term. Now fans can point back and say “hey, remember when we triumphed over the studios and made them bring back that thing we love?” The more they win, the more films that give us blatant fan service, the more fans will do stupid things like try and get Disney to remake the biggest film of the year.

Fandoms are not democracies. The studios are not beholden to them. If Marvel turned around tomorrow and said that from now on, Millie Bobby Brown would play Tony Stark in all future MCU films, there would be nothing we could do to change it.

So stop your whining and be grateful that they’re still even making Star Wars films 40 years later.

What do you think about how fandoms have become increasingly entitled? Let me know on Twitter @AP2HYC_David.