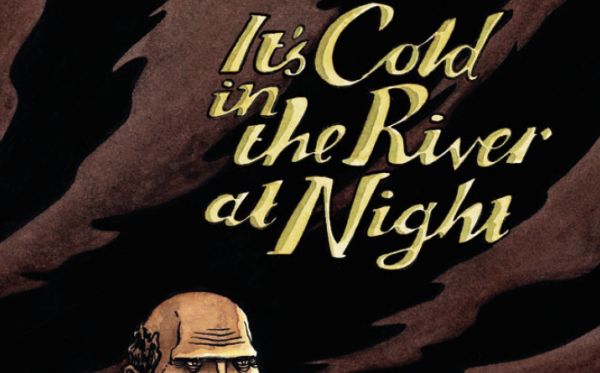 Great news! We’re back with another comic review! This time by indie creator Alex Potts who brings us It’s Cold in the River at Night, an intriguing tale of finding oneself in a sea of overwhelming doubts.

In It’s Cold in the River at Night, we’re introduced to Carl and Rita, a new couple in town living in the unlikeliest of homes. A house in the middle of the sea. Immediately, we learn about the history of the local village and its inhabitants, and it sets up a tempestuous journey in which our characters may never recover from. 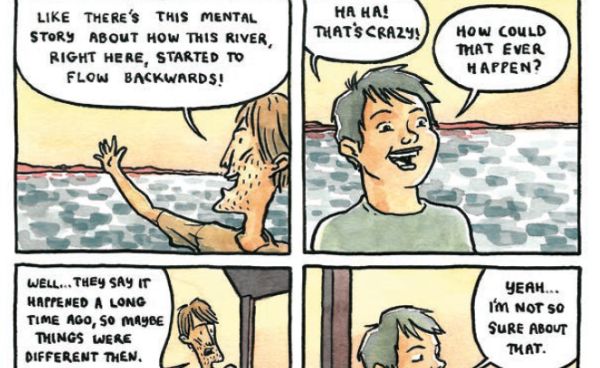 My first impression was that the artwork reminded me of that of Quentin Blake, but cleaner. I’m sure a lot of you are familiar with Blake’s work, arguably most recognisable from the Roald Dahl books I grew up on. It is unknown whether Blake was an influence on Potts – maybe we’ll just have to interview him and find out!

Either way, the strong lines and soft watercolours provide a distinctive style that reflects the setting of the comic and the characters within it. The thick, tidy lines represent the wooden houses, boats and a stubbornness; whereas the soft colouring illustrates the flowing rivers, constantly shifting skyscape and unpredictability within a new setting. Potts does superbly to tie in the story with the location, playing with light and darkness to emphasise key moments in the narrative. 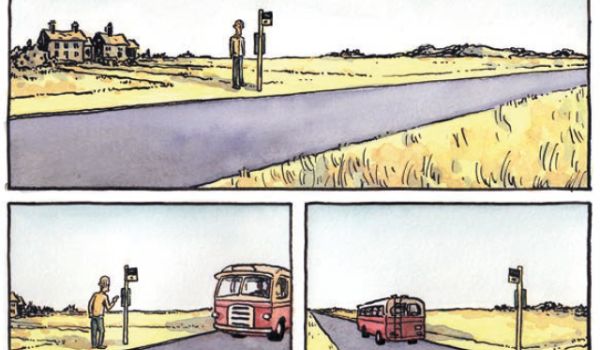 As for the story itself, I felt it could be a metaphor for the volatile nature of water and weather. Over the course of the comic we see the main protagonist Carl, descend into a state of heightened paranoia. The descent is notably rapid. At first, it is jarring, but you soon acclimatise to it. I could even liken it to drowning but that may be going too far. By doing this, Potts helps us to anticipate a bad ending, but that’s not exactly what we are given. The weather changes again.

It’s Cold in the River at Night was a great read; my only qualm was the way in which time was demonstrated. There were certain moments where I felt the jump between scenes hadn’t clearly shown how much time had passed, which stuck out a little from the story. Although, one thing I found particularly interesting was the use of textless panels. Again, it all ties into the setting of life by the sea and the feeling of being surrounded by large expanses of water. It recreates a sensation of loneliness that helps us to achieve a deeper level of understanding of the characters. 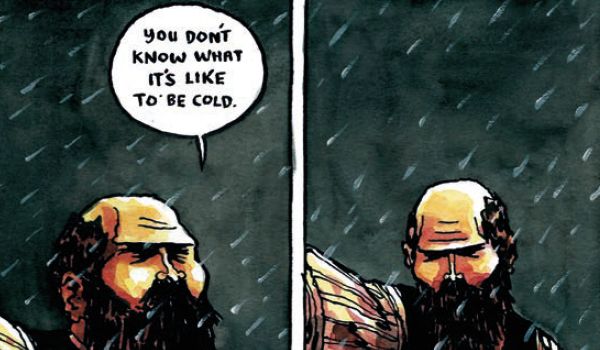 If you want to give It’s Cold in the River at Night a read, follow this link and then come back to tell us what you think. Did it end the way you expected? What stood out to you? Hit the comments section or tweet us!