Home » white NOIR is Like a Slow Roasting Fire 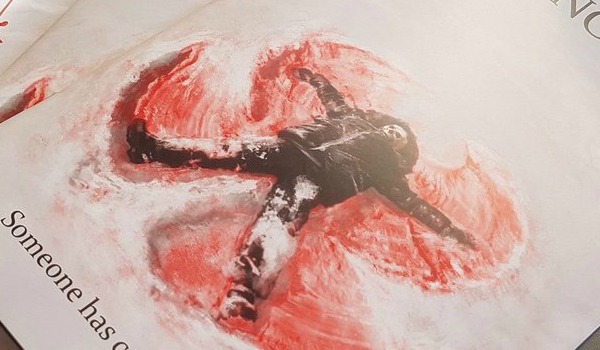 Great mysteries and inventive tales of noir can happen even in broad daylight. Artist DIZEVEZ and writer Matt Garvey have teamed up once more to bring readers white NOIR, a comic shrouded in mystery, grit and a grammatically incorrect title. The comic features wonderful artwork, a solid story and a few glaring problems.

White NOIR crashes onto the scene quite literally during a hot date between a man and a stag, separated only by a windshield. The man staggers from the accident during a blizzard into a neighboring town. He stumbles to the small town’s watering hole, also known as the local bar and collapses. From there, the bar patrons, town doctor and sheriff flock to the man and slowly discover this man is not who he seems. 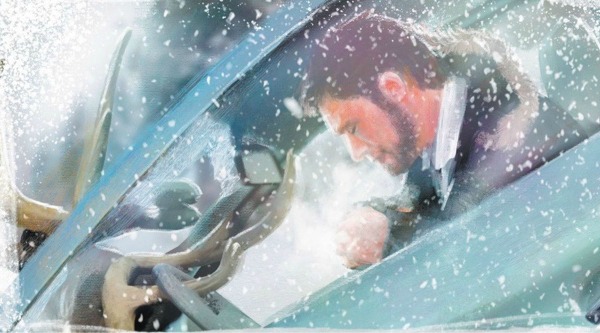 Even before the first page, the cover art for white NOIR will undoubtedly suck readers in. It’s gruesome, poetic and plays beautifully into the tone. Beyond the cover, the artistry for the comic further resonates the isolation of these characters and the mystery surrounding them. Most importantly, their hidden agendas. The facial expressions alone DIZEVEZ creates are mind-blowing. The images are very much of the ‘show don’t tell’ variety. Ultimately, they build up Garvey’s vision in telling this particular story.

white NOIR is best described as a slow roasting fire. The pacing Garvey allots to building suspense and tension is unhurried, which may leave some readers feeling an itch to get going. Most of the characters are compelling in their own right. How this band of locals has instilled anything resembling trust in their sheriff is laughable. He encourages a drunk tow truck driver to follow him to the mystery man’s snow-encased vehicle. The exception is the bar owner’s daughter. She’s colored in a lighter hue, possibly indicating she’s more of a pure soul compared to drunk tow truck driver and a vaguely dressed like a Nazi officer sheriff. Perhaps the next issue will expand on her role outside of mystery man’s bedside aide.

However, white NOIR at times faces danger of burning itself out. Towards the end of the first issue, the story delves into a not even black and white flashback. It’s pages of muted grey floating panel after panel until bold redness splashes across two select images. Not only does this choice ruin part of the mystique surrounding our lead man, it also stalls the momentum. Garvey is so careful and particular about his pacing, it makes this decision all the more baffling. The comic partially saves itself by having speckles of color coming back and then hitting readers with a powerful last image, but the damage is done. The comic would have been better served if the flashback was swiped and saved for a future issue. The last moment in the comic’s present timeline would have been a strong moment to end on.

Also, somehow, someway, a detail so minuscule in size is a huge detractor for white NOIR. Its lettering is so small, some pages are unreadable. The speech bubbles are crisper than the artwork. In a way, it makes sense that they’re a different style because Garvey is in charge of lettering. Although, these conflicting styles are jarring. Or, also possible, my personal frustrations are boiling into trivial territory.

If anything, white NOIR shows a cautionary tale of the lurking dangers of committing a crime during winter. Overall, the comic is an excellent inclusion in the noir genre. Despite some missteps, this comic shines. On a cold, chilly day, cuddle up with a copy of white NOIR to get through the long wintry night.

Have you crashed into white NOIR? Are you just as confused about the name spelling as I am? Stumble into white NOIR here, then sound off in the comments or send us your thoughts on Facebook or Twitter!