Home » How To Fix the Transformers Films 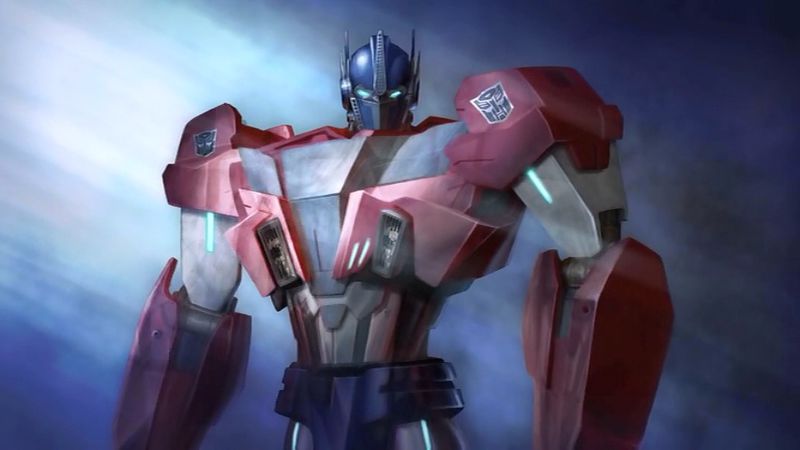 Bah-weep-gragnah-weep-ni-ni-bong, everyone. Something must be said that I’ve been denying for a long time: The Transformers film franchise sucks. I have written numerous articles on this awful film series, often attempts to remain positive that the next installment will have some effort involved. Alas, that was wishful thinking. Five movies in, things have only grown worse. It has cosmic rust and needs a severe unclogging to salvage it, if it even deserves such a rescue.

We all know what the problems are with the Transformers films: The plot and mythology make little sense, the Transformers are guest stars in their own movies, too many humans, dumb jokes, too many explosions, and everything that involves director Michael Bay. However, Transformers: The Last Knight underperformed at the box office and there are rumours that the series may be given a facelift. Now, this would be a good opportunity to actually make this franchise work, but with Bumblebee: The Movie coming out next year, my hopes are not high.

But, what if some effort and care was put into this franchise? In this new series of articles, I’ll suggest hypothetical ways to improve or rebuild film franchises through some good old fashion wish fulfilment. Believe me, wish fulfilment would be very much welcome to “transform” these films into something better. You can movie out of anything (mostly), and the Transformers universe definitely deserves a better class of cinematic storytelling.

For simplicity’s sake, I offer a handy dandy guide on how to fix the Transformers film franchise.

Step one is simple enough. Reboot the whole thing!

Frankly speaking, considering how convoluted the film mythos and history have become, a total reboot feels necessary. We learnt in the fifth film that Earth was in fact Unicron, an enormous slumbering Transformer. But, it is treated with little drama or excitement. Instead, the film devotes more effort in revealing a completely absurd twist that a secret society of historical figures have been covering up the Transformers’ existence for centuries. Big whoop. Our planet is a gigantic Transformer, and we’re supposed to care less about that than a more absurd revelation?

Each film also follows the same plot. There’s a Cybertronian MacGuffin on Earth, conveniently related to an important moment in mankind’s history. Everyone fights for it, there are lovely shots of the US military blowing stuff up, Optimus Prime makes an epic speech, roll credits. Some variety really wouldn’t hurt.

With such disregard for basic storytelling, each new film becomes increasingly worse. I will say that at least the first, third, and fourth films attempted to tell cohesive stories, but with great difficulty and little effort. A simpler story and less baggage would help out a lot.

Say what you will about Transformers just being a big toy advertisement, the concept of the series is awesome. Alien robots from a machine planet, capable of shapeshifting into anything, caught in an intergalactic war that has lasted thousands of years. Apparently, Bay did not find this cool, regarding the subject as a “stupid toy movie” when asked to direct the first film. No, I will not let that go. Though he claims to have changed his views, I really don’t find or feel he has ever immersed himself in the mythos of Transformers. The franchise has evolved a lot over the past thirty years.

Beast Wars, the sequel series to the popular 1980s cartoon, discussed themes including the events of the past affecting future generations, and acts of extremism in the name of the greater good. Its own sequel Beast Machines invokes spiritualism, fighting for freedom, and totalitarian fascism on a conquered Cybertron. Transformers Animated reimagined the Autobots as a group of inexperienced repair robots who must take on the role of protectors against the Decepticons. Transformers Prime was the most ambitious of the cartoons, delivering a story which relied heavily on characters suffering from PTSD, a need to right wrongs, and making world changing decisions. These robots in disguise have grown much beyond fighting over Energon cubes.

The comic books have always been the most edgier and adventurous, exploring darker themes around stories of the Autobots and Decepticons. In recent years, we’ve seen Shattered Glass (a mirrorverse), The Last Stand of the Wreckers (an Autobot black ops team go on a suicide mission to liberate a Transformers prison planet), and The Lost Light (which features a gay Autobot couple). Thanks to the likes of the legendary Simon Furman and others, the franchise has embraced more innovative ideas. But, what have the films done?

Such highlights include Shia LaBeouf screaming like a lunatic, John Turturro dropping his pants in an extreme close up, Mark Walberg delivering cheesy, inspirational speeches, and Megan Fox getting humped by a robot. Wonderful. Read the past two paragraphs and there is much more variety and promise to the series than the pathetic efforts of the movies.

Did I forget to mention this franchise is based around shapeshifting alien robots caught in an epic intergalactic war? Why the hell should I give a damn about LaBeouf essentially copying Peter Parker’s storylines from each of the Raimi Spider-Man films instead of the aforementioned robots? Transformers: Age of Extinction even threw in that jawdropping joke about rationalising an underage sexual relationship!

I would bring the focus back to the Autobots and Decepticons where it belongs. These characters aren’t like the Jaegers or Thunderbirds. They can speak, think, fight, philosophise, eat (it’s complicated), form friendships and relationships, hate, love, die, and live. They have their own society, culture, mythology, history, technology of course, and often complicated morals and beliefs. Plenty of these characters are iconic and recognised like Optimus Prime, Megatron, Bumblebee, Soundwave, Starscream, and the Dinobots. Why should they be special guest stars in their own movie franchise?

Well, the obvious move is simple. Take the franchise off-world.

Cybertron would definitely be a fantastic place to set a film. An enormous machine planet of futuristic tech and interesting architecture, it would make for a great setting for a reboot, or at least a prequel. It would allow proper screentime and character growth for the Transformers without a single human in sight.

The most suitable storyline would be essentially an origin story focusing on the war between the Autobots and Decepticons. Or more specifically, the relationship between Optimus and Megatron. While most interpretations of their relationship have just been arch enemies and leaders of opposing forces, the Prime continuity made them former friends torn apart by pride and power. That would make a decent framework for the film.

Spending time on Cybertron would not only allow us to explore the world of the Transformers, but to get to know these characters, their relationships, and reasons for being. In others: WE WILL CARE ABOUT THEM! Even in the original 1980s cartoon, people cared about the characters and the reaction to the death of Optimus Prime in the 1986 movie proved this. The likes of Beast Wars, Transformers Animated, and Transformers Prime took great effort in fleshing out their characters in both factions. The movies, ironically, made Megatron almost the hero, and Optimus became a raving, bloodthirsty warmonger. I only hope they give him a redemption arc in Transformers 6 (or whatever dumb title it will have).

The idea of setting the film on Cybertron would also allow the script to nosedive into thirty years worth of Transformers mythology. Primus and Unicron, the Matrix of Leadership, Energon cubes, Vector Sigma, the Plasma Energy Chamber, the Quintessons, space bridges, beast modes, cosmic rust, I could go on. There is a treasure trove of world building waiting to be brought to the silver screen. Any potential sequels could be set on Earth, but Cybertron should come first.

One of the major complaints of the films was that the designs for the Transformers were too complicated and it was hard to tell most apart. The designs have become more streamlined as the series has gone on though. I do not believe directly adapting the blocky designs of G1 would work well on the big screen (at least in live action). Since Earth would not appear until a sequel, the Transformers would have alien yet familiar vehicles for disguises, though on Cybertron, they would just be used for modes of transport. On Earth, the Autobots and Decepticons would have vehicles based on their 1980s alt. modes, with some exceptions like Megatron (who was a gun) and Soundwave (a tape deck). Instead, they would have a tank and a sinister surveillance van respectively.

And finally, the film should be animated. Transformers works better in animation. Filming in live action limits the screentime and presence of the robots. And believe me, I think everyone is getting a little bored of the focus being on the humans. It looks like the Bumblebee film will continue this as well.

Animation has been a big part of Transformers’ television history. The tight budget of the 1980s cartoon led to a lot of animation errors, while the 1986 movie had beautiful animation handled by Toei Animation. Beast Wars was an early CGI animated series, crafted by Mainframe Studios, which also created the popular ReBoot and Spider-Man: The New Animated Series. The despised “Unicron Trilogy” used often dodgy and clunky cel animation, making the robots stiff and rarely moving; Transformers Animated incorporated the signature styles related to Cartoon Network; and Transformers Prime perhaps had the most exquisite of CG animation to date. And, yes, the special effects used in the movies are impressive, they are limited.

What are your thoughts on a reboot of the Transformers movie franchise? If you have any ideas or suggestions, leave a comment below or on our Twitter feed.