Home » The Venom Teaser Trailer Has Some Hidden Bite To It 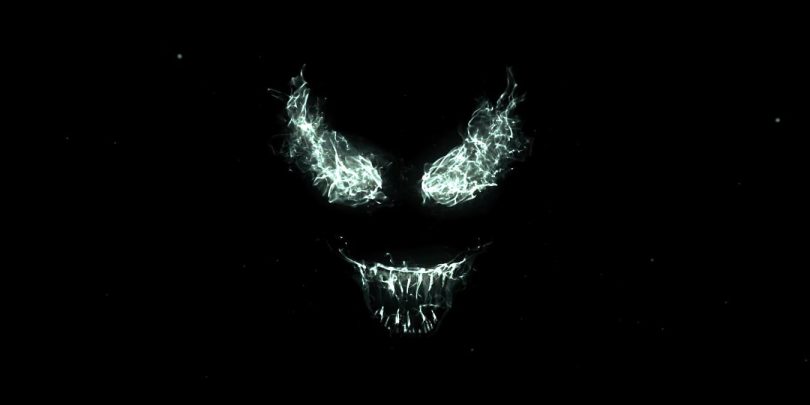 The teaser trailer for Venom has arrived and we have been waiting a long time for it. Ten years ago, when Spider-Man 3 was released, Sony had plans to do a Venom spin-off. However, after Venom’s poor reception in Spider-Man 3, the departure of director Sam Raimi, and Spider-Man’s immediate reboot, Sony shelved the spin-off. The Venom project was nearly revived during the short-lived era of The Amazing Spider-Man. Thankfully, that series got canned, saving Venom from being written by the likes of Roberto Orci and Alex Kurtzman. Now, here we are again, for Sony’s third try to get this right. The difference here is that the Venom film has actually been made!

But, since Venom seems cursed, this new film comes with its own set of problems. Sony announced this was the first installment of their “Sony Marvel Universe”, which is a problem in itself. Statements from MCU producer Kevin Feige and Sony producer Amy Pascal have been conflicting as to whether or not this film is part of the MCU. Feige said it wasn’t, while Pascal said it was, but in its own corner like are The Defenders or Runaways. (For simplicity’s sake, I will run with the latter model.) Another issue with doing a Venom film is whether or not Spider-Man will appear in it. It would make no sense for Sony to try to revive their own film universe without its central and most popular character. Spider-Man is integral to Venom’s backstory and much of his early character development and history, so how could you do a film without him? 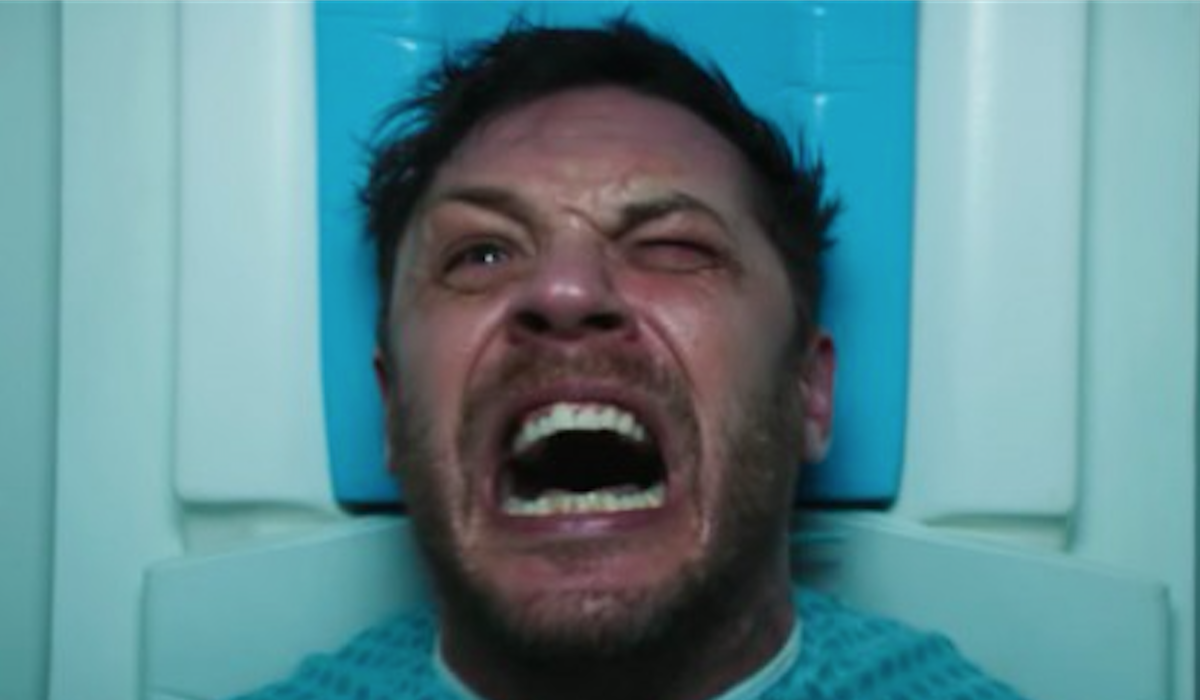 But, nevertheless, here we are. It didn’t take long for the first teaser trailer for Venom to be a bit of a disappointment with fans, as Venom himself does not appear in the trailer. Tom Hardy appears a lot as Eddie Brock, and we get a brief glimpse of the symbiote by itself, but that is it. This is a teaser trailer, with emphasize on the “tease”. The trailer is a bizarre creature and not edited like your standard comic book movie trailer. There has been a recent rise in R-rated, more mature superhero films like Deadpool and Logan. And like FOX will do with its next X-Men film, New Mutants, Sony appears to be marketing Venom more along the lines of what they would do with a horror film.

The question of whether or nor Spider-Man will appear may have been answered in the trailer. There are hints Venom’s revised origin, which takes inspiration from the Ultimate Spider-Man comics. A major focus in the trailer is Eddie’s placement in an MRI machine. The editing makes it looks like this is the moment where Eddie bonds with the symbiote. But, what if it’s not? The dialogue and imagery used in the trailer around the line “everyone’s got their thing” eludes to the idea that Eddie might have cancer. In “The Hunger” storyline, Eddie’s origins were revised slightly to reveal that he had cancer and the symbiote helped curb its effects. In fact, Venom’s origins in Ultimate Spider-Man had the symbiote designed as a cure for cancer. 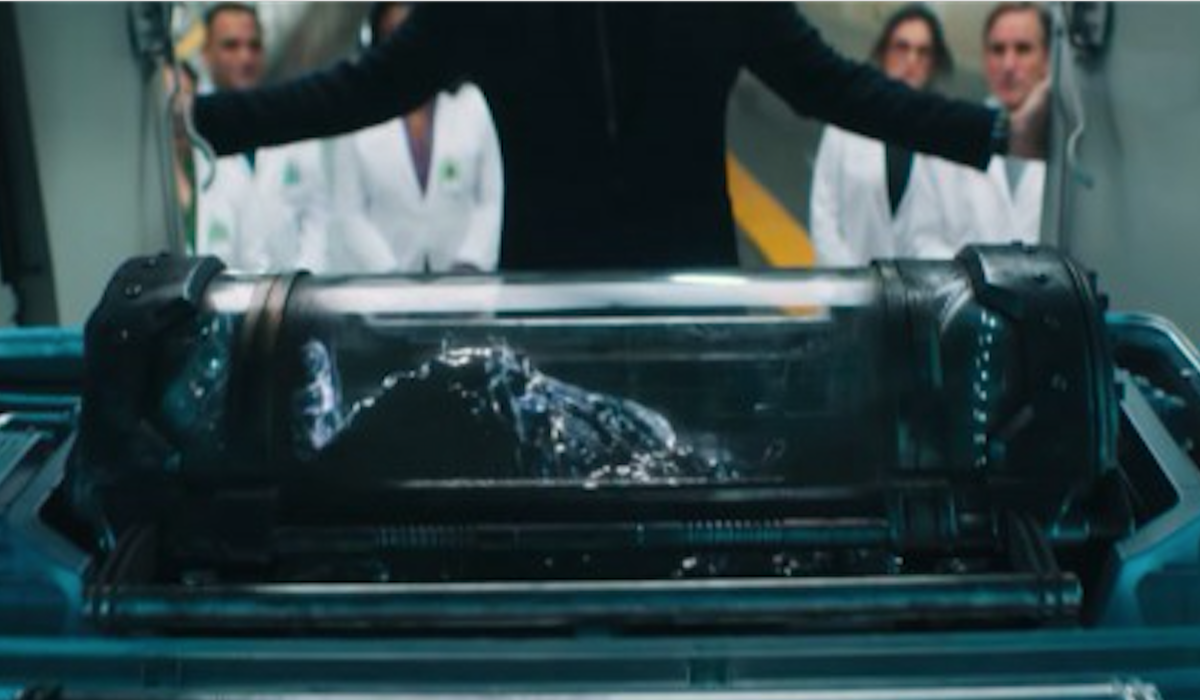 Upon examination, the trailer does give a basic story outline, though this is open to interpretation. Eddie Brock is suffering from some form of cancer, and has relationship troubles with Anne Weying (Michelle Williams). Elsewhere, the Life Foundation finds an alien symbiote in a crash site, and plans to use it to create a super soldier. Riz Ahmed makes a brief appearance in the trailer, playing Dr. Carlton Drake, who creates several of Venom’s “children” in the comics. It is likely he will serve as the creator of Venom and as the main antagonist of the film. We get a decent shot of the symbiote in a container. But, if you look closely just as the shot starts, you will see there is a second container in front of Venom’s. Perhaps there was more than one alien in the crash site.

Eddie will be chosen for this super soldier project and will bond with the symbiote on the promise that it will cure his cancer. Something goes wrong, so Eddie escapes the lab and goes on the run, chased down by the Life Foundation’s security forces. From what the trailer shows, what happens next is unclear, but I expect to see at least another symbiote host make an appearance. They have, after all, been teasing Carnage for months.

Another point of interest is the the trailer’s opening shot of the Golden Gate Bridge, confirming the film’s setting in San Francisco. This is a direct nod one of the film’s comic inspirations, Lethal Protector, Venom’s first solo issue. The story began Venom’s journey from villain to anti-hero after making a deal with Spider-Man and moving to San Fran to protect the innocent. Venom seems to be covering the Lethal Protector issues and backing them up with the cancer-related origin. 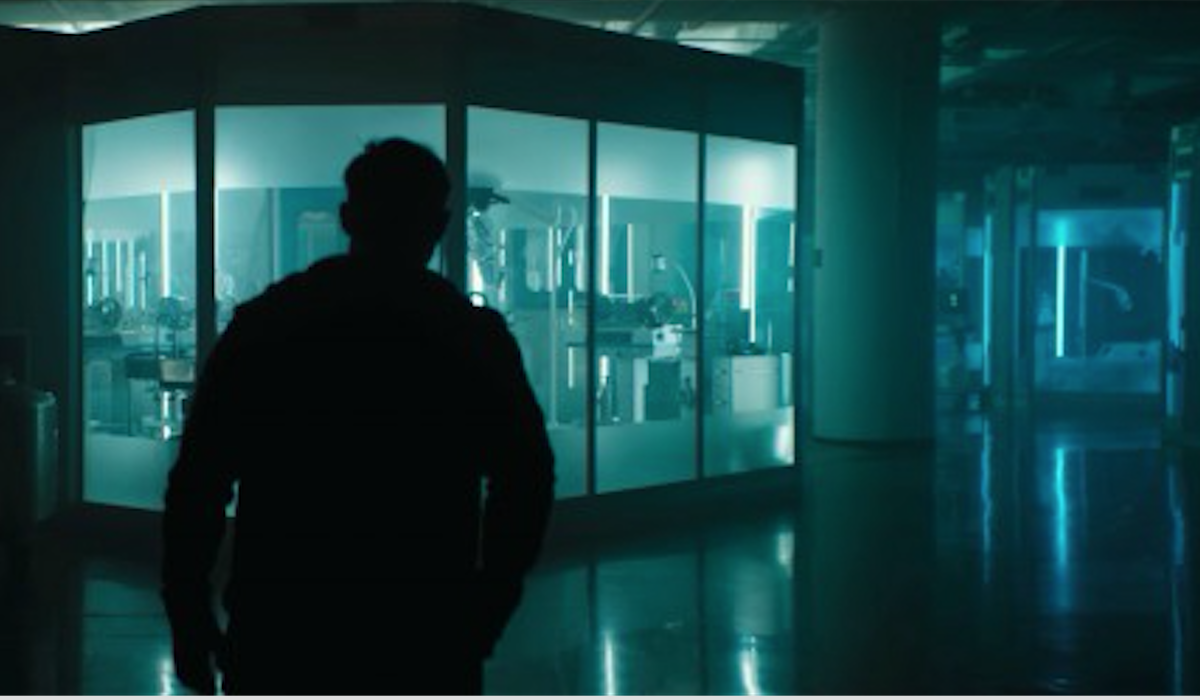 The film may also rely on the old government conspiracy trope. Eddie breaks into a laboratory in the trailer, discovering the goopy remains of a human body. This could be placed after Eddie bonds with the symbiote and when he discovers the darker side of the Life Foundation. Perhaps this corpse was killed by another symbiote or is all that is left of another test subject. Regardless, this will likely be what prompts Eddie to go on the run. The Life Foundation is then poised to create Venom’s children – Scream, Phage, Lash, Riot, and Agony. And if Sony does plan on constructing a profitable franchise around Venom, now they’ll have a big cast of their own characters to use.

One scene that confuses me is a scene in an office, where everything from the workers to the computers, are sent flying by an unseen force. I have no idea how to interpret this. Does another character have psychic powers? Does Venom? Sony may have to alter Venom’s powers a little, if they are totally separating him from Spider-Man. But as long as Venom has the teeth, tongue, sense of humour, and addresses himself as “we”, I’ll be good.

And yes, I did notice his veins turning black. I expect the bonding between Eddie and the symbiote will be not straightforward, especially without Spider-Man’s involvement. Perhaps there will some time for Eddie to get used to his new “neighbour” and can eventually reach a bond that will make sense for this new story. This partnership of sorts would set up future films nicely.

When I first watched the trailer, I was disappointed just like everyone else. There isn’t a trace of the iconic Venom, beyond a brief glimpse that can easily be missed. However, further views have slightly changed my mind. If you put the pieces together, the trailer just might contain a hidden, cohesive story. And I am still somewhat unsure about Sony’s plans for Spider-Man and his adjacent characters. Surely, they will probably do whatever it takes to make some profit of of Marvel’s favourite superhero, even if he isn’t in their films. We will just have to see what Venom has in store for us.