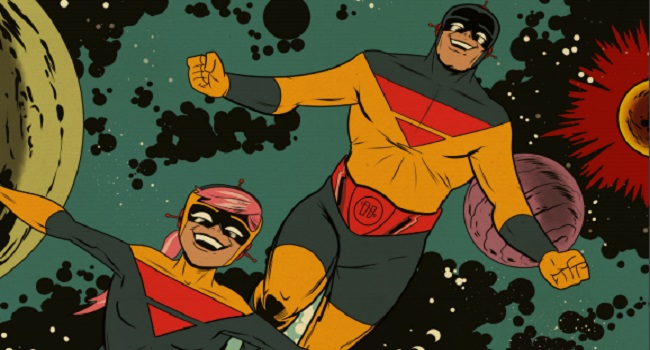 Andy W. Clift‘s The Adventures of Captain Cosmic #1 is a true throwback to Silver Age of comics, both in its visual style and in overall storytelling. The author happily admits that this book is his love letter to those days, a simpler time when heroes were happy and costumes were bright. The general plot is pretty classic fare for most avid comic readers: when entire planets start to mysteriously disappear without a trace, the Galactic Commonwealth of Worlds summons the Galactic Defenders – Captain Cosmic and his trusty daughter/sidekick, Kid Cosmic.

As you’d expect from a tribute to the Silver Age, the comic also has plenty of other classic elements such as alliterative names (Captain and Kid Cosmic, Kena the Collector, etc.), trusty robot assistants, and a wealth of old-timey expressions you rarely hear anymore. Honestly, if someone said “gee willikers!” in Issue #2, I would not be surprised. 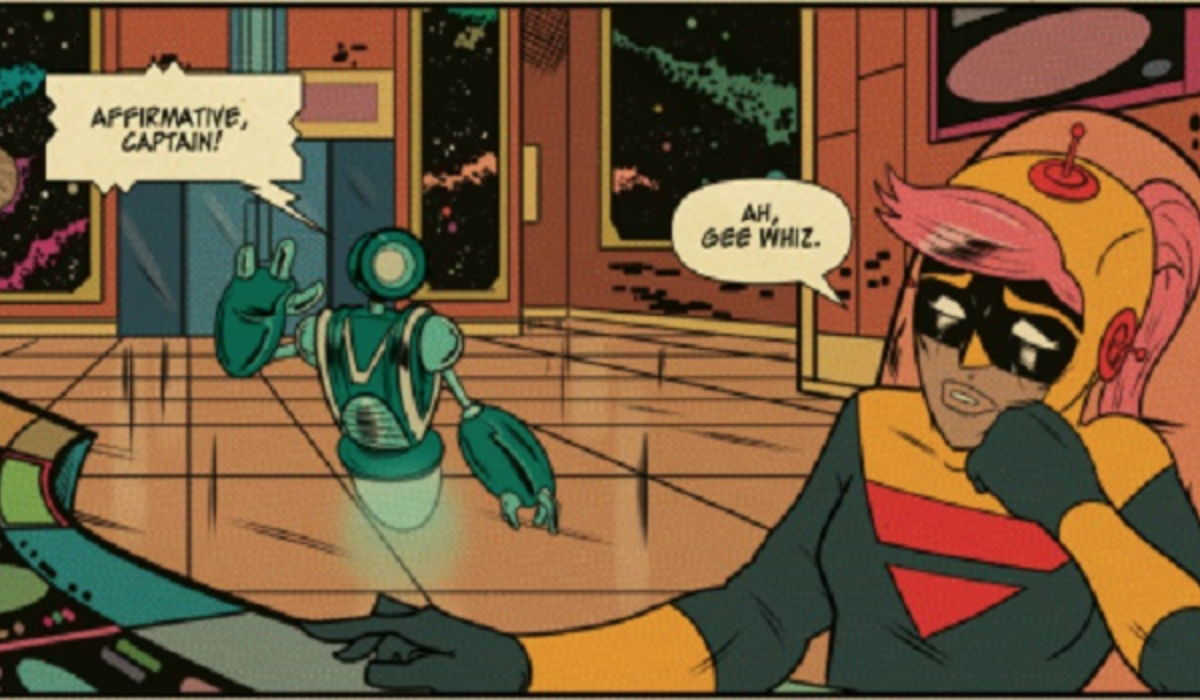 One of the first things that struck me about this comic was its artwork. When Clift says he was inspired by older comics, he’s not kidding. All of his illustrations have that classic, “vintage” aesthetic to them, only with one major upgrade – sharp, clear colors and lines that come from modern, digital illustration technology. It truly is a visual delight. As soon as you see the cover, you know exactly what you’re in for.

That being said, I was just a little disappointed to see only a few instances of background illustration. Most of the panels take place on what is essentially a solid color background, but I find it hard to really knock Clift on this because backgrounds are a real pain to draw and fill in. Plus, that kind of charming simplicity is definitely in line with the Silver Age style that he’s going for. Essentially, the comic we got is a gorgeous, juicy steak of artwork and investing more time in backgrounds would be like topping said steak with a lovely pat of butter. Magnifique!

The one area where I began to take some issue with this comic is in its writing. Admittedly, I am not the world’s biggest fan of Silver Age stories to begin with, and that might well be why I found the plot just a tiny bit predictable at times. It was not that it was poorly written, there were just certain plot elements that felt a little too familiar to me, and I could see them coming well in advance.  Additionally, I’m not entirely sure from this first issue just what the nature and extent of the good Captain’s powers are, or why Kena is so fixated on collecting them. 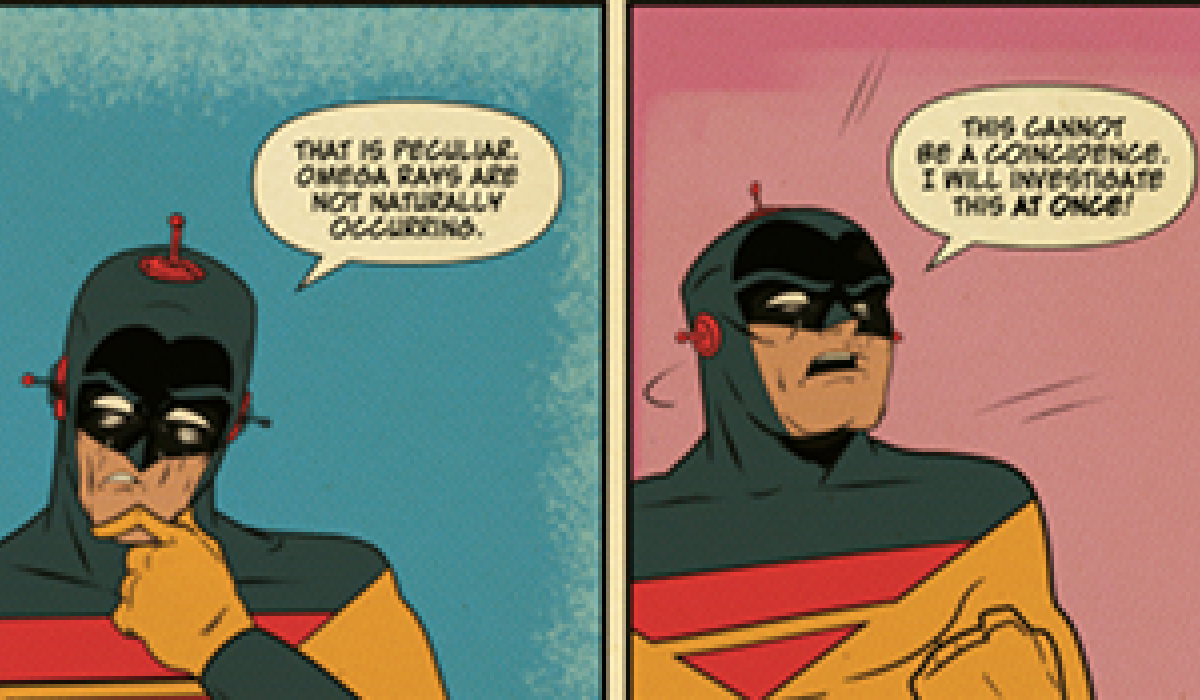 These critiques are very much intended to be taken with a grain of salt, however. It is a well-established comic tradition to dive into origin stories and character development a few issues deeper into publication. Perhaps these elements will, indeed, be defined more clearly in future issues. Besides, the somewhat undefined nature of Captain Cosmic’s powers is nowhere near as egregious as Superman’s powers were in his Silver Age days, and look how successful that turned out!

Overall, I genuinely enjoyed reading The Adventures of Captain Cosmic #1, though there is definitely some room for improvement and development. True fans of Silver Age comics will find themselves smiling as they read it, especially as they ogle those gorgeous illustrations. If Clift can find a collaborative partner to add a little more zest to the writing and bring it to the same level as the artwork, or at least spent more time himself on character work and plot, then he will have definitely made an avid fan out me.

Have you checked out Captain Cosmic’s adventures yet? If not, head over to Frontier Comics and grab issue #1. Once you’re done, sound off in the comments or send us your thoughts on Facebook or Twitter!