Home » Suicide Squad: Hell to Pay is a Maniacal Mixed Bag of a Movie 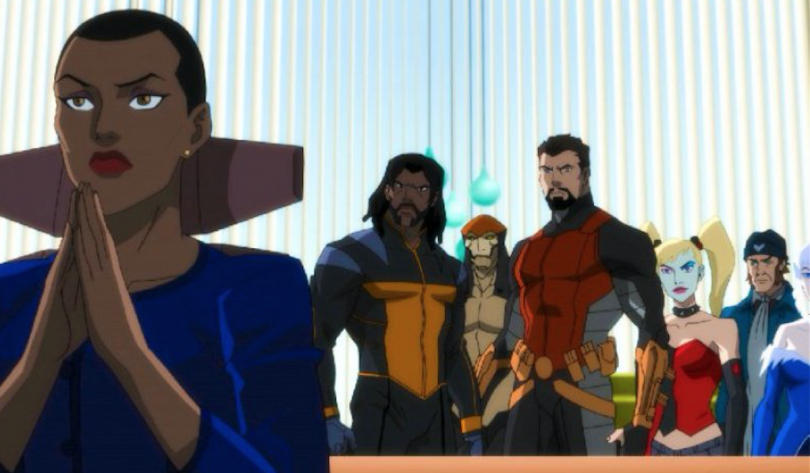 The past few DC Animated Original films (except for possibly Batman: The Killing Joke, but that’s a complicated story) have been ambitious, interesting, and for the most part unique. Sure, over half of them seem to focus a little too heavily on Batman, but these films continue to draw high levels of talent and explore creative freedoms that the live-action DCEU films simply cannot do. Last August, I speculated on what the latest of these releases, Suicide Squad: Hell to Pay (directed by Sam Liu) would have to do to succeed. Thankfully, the film did contain some of the things I hoped it would include. At the same time, Hell to Pay surprised me by including elements I did not expect to see, but also disappointed by following some of the same tired story beats and characters that we  have seen several times before.

Remember, this is the third Suicide Squad movie to have come out in the past four years (Batman: Assault on Arkham in 2014 and the DCEU’s Suicide Squad in 2016.) Hell to Pay‘s biggest concern was whether it could ultimately stand out among the pack. The fact that it was R-rated and connected to several other DC Animated movies do help set it apart, but it still needed plenty more to truly do well.

We are introduced (or re-introduced for us DC fans) to Amanda Waller and her team of expendable super-villains who take on dangerous missions for reduced prison sentences. Our leads, once again, are Deadshot, Harley Quinn, and Captain Boomerang which is disappointing. Yes, there are many other characters in the movie that get their share of the spotlight, but at this point I have seen enough of those three as Suicide Squad protagonists. 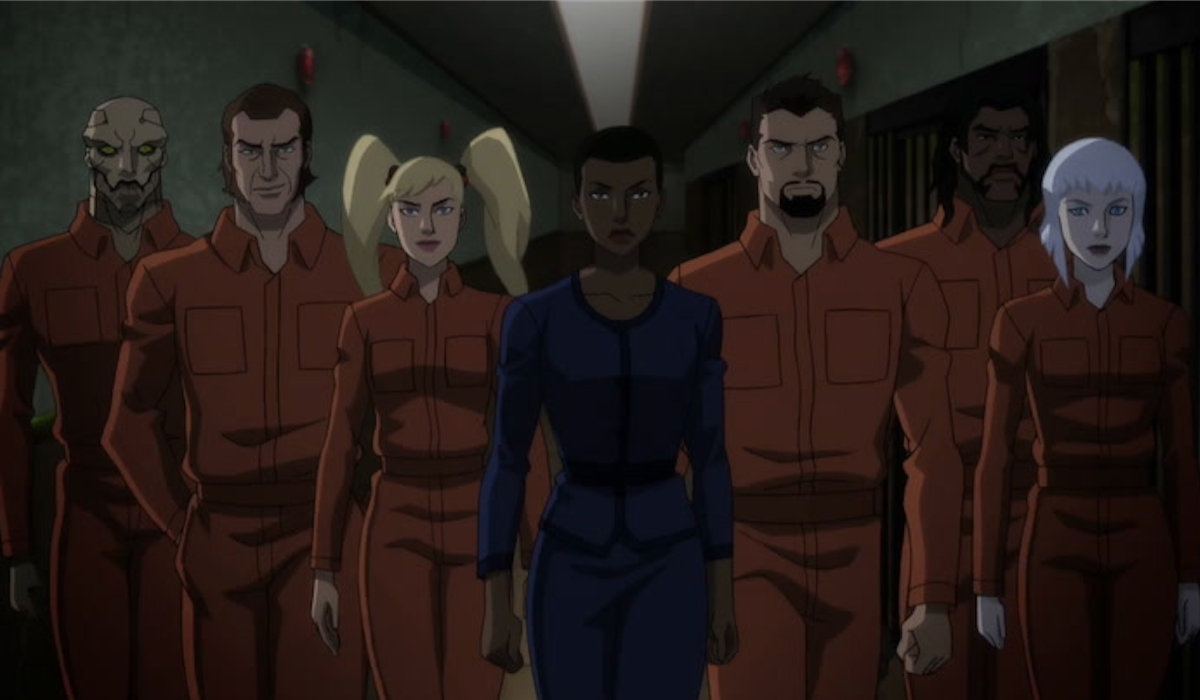 It does not help that their character arcs are the same as they have always been. Deadshot is motivated by the prospect of seeing his daughter again (whom we meet in a series of oddly forced scenes.) Boomerang is motivated by greed, hoping to make a little for himself during the mission. And Harley… well, she’s just crazy so defining her character is not the film’s concern. Especially after Batman and Harley Quinn‘s brilliant writing last year, it is a shame that Harley is given so little to do here and because of that, she leaves practically no impact.

The team is sent to capture a magical relic (interestingly enough from Dr. Fate, a neat mystical addition to the film’s world) that when possessed by someone dying guarantees their admission to Heaven. Waller, who is revealed to be terminally ill, wants the card for herself, but two other groups want it too. The first is comprised of Vandal Savage, his daughter Scandal Savage (comics, am I right?), her lover Knockout, and a kidnapped Professor Pyg. The second- and the more dynamic one- is led by the Reverse-Flash who has enlisted Blockbuster and Silver Banshee. The greatest strength about Hell to Pay is its enormous cast of villains. And while most of them are pretty thinly developed, their different powers and motivations sufficiently add to an interesting plot and several action-packed confrontations.

The Suicide Squad itself features Deadshot, Harley Quinn, Boomerang, Copperhead, Killer Frost, and Bronze Tiger. Together they are a decent group, with Bronze Tiger standing out as a newly converted religious warrior at odds with the group’s indiscriminate violence. Though I will not spoil who lives and who dies, including a different set of Squad members we see in the film’s opening pre-title mission, I will say that there is a LOT of death. For a film about the Suicide Squad, such abundant death is appropriate and maintains tension and urgency throughout the film. I felt this same danger with Assault on Arkham but never with the DCEU’s Suicide Squad. In fairness, it is easier to kill off top-tier characters in animation than it is in live-action; Will Smith and Margot Robbie simply cost too much money to kill them in their first film. 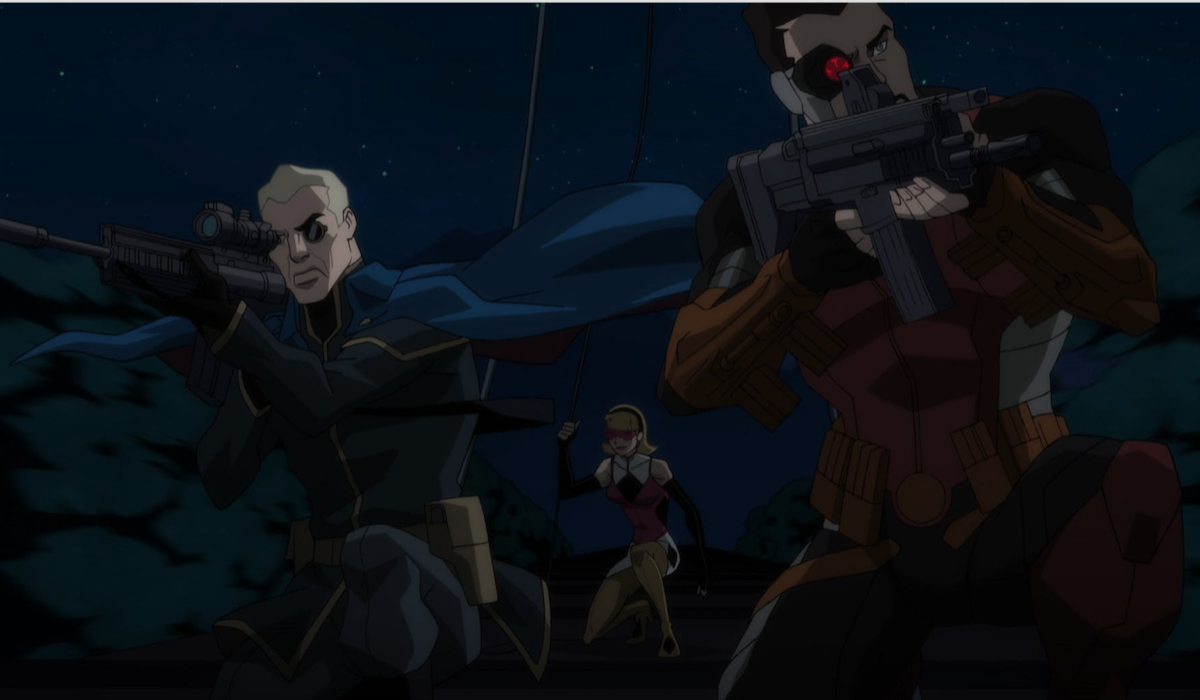 The team-building in this movie is done very intelligently. The Squad is not a family (like they desperately try to force in the DCEU’s Suicide Squad), but they are a functioning body of people. They want to get the job done, one way or another, but some are willing to betray each other to get it done alone. Deadshot and Bronze Tiger have the capacity for empathy and camaraderie, so when they form a bond it feels natural. Had Boomerang or Harley tried to do the same, it would have felt out of character. The writers knew the two are better suited for dark comedy, something else this movie has plenty of. The tone of the whole movie is serious when it needs to be and nihilistically funny for the rest. An effective balance overall.

Like I said before, this film is R-rated and somewhat connected to the other DC Animated films. Why it got an R-rating is obvious from a few minutes in: loads and loads of bloody violence, cursing, and even a brief bit of nudity. It is all very graphic, but fits well in a Suicide Squad movie. Plus, you know… it’s fun!

The film’s connections to the other DC Universe Animated Original movies are mostly in the background, with one SPOILER!!!-filled exception. The Reverse-Flash’s motivations in Hell to Pay directly follow his role in Justice League: The Flashpoint Paradox, which came out in 2013. In it, he is killed by an alternate universe Batman before the Flash fixes his altered timeline and resets everything correctly. Now, the Reverse-Flash is gunning for the “get out of Hell” card before the timeline catches up to him and he finally dies. This was a fascinating surprise inclusion for me. Having loved The Flashpoint Paradox, I appreciated how this connection gave Hell to Pay a really interesting villain in the Reverse-Flash. Props to veteran DC writer Alan Burnett for adding this clever twist to the story. 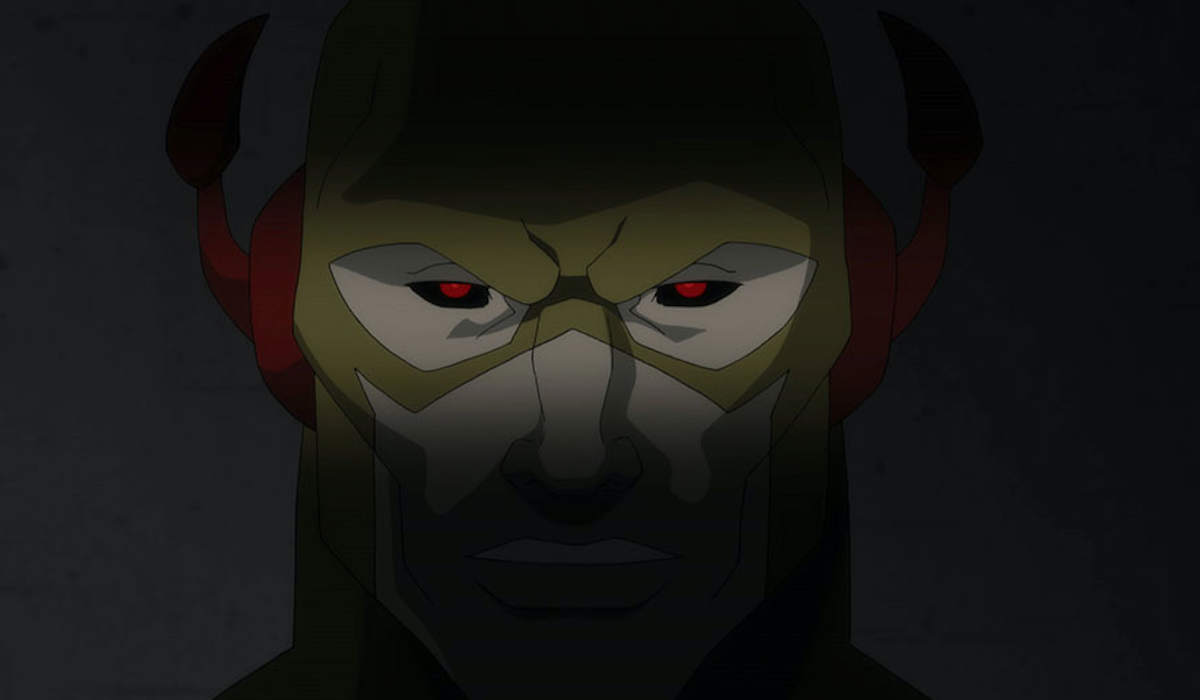 I do also want to comment on the voice-acting which was overall very good. Christian Slater as Deadshot had a commanding dry wit that paired well with Liam McIntyre‘s cheeky Boomerang and Tara Strong‘s erratic, if underwhelming Harley Quinn. C. Thomas Howell (reprising his role from The Flashpoint Paradox) was great once again as the Reverse-Flash. Everybody else was serviceable enough in their roles, including Vanessa Williams as Amanda Waller. True, it felt like she was doing an imitation of C.C.H. Pounder the entire time, but that tone of voice is perfect for the hardened spy.

In short, Suicide Squad: Hell to Pay was another solid entry in the DC Animated canon and, in my opinion, about as good as Assault on Arkham and much more faithful and entertaining than the DCEU’s attempt. I have only read a handful of John Ostrander‘s comics from the late 1980s and another couple from the New 52, but from what I can tell if you enjoy the Suicide Squad in comic form, you will enjoy this film. I do hope they make a sequel but not any time soon and not with the same three leads of Deadshot, Harley Quinn, and Boomerang. Keep Amanda Waller as the central figure and feature an all new cast of otherwise unused villains. This is the inherent beauty of the Suicide Squad: get a fun group together, give them an impossible task, and watch the chaos ensue.

What did you think of Suicide Squad: Hell to Pay? What would you like to see in a future Suicide Squad movie? Who is your favorite member? Sound off in the comments or send us your thoughts on Facebook or Twitter!