Home » After Infinity War: What’s Next for the MCU? 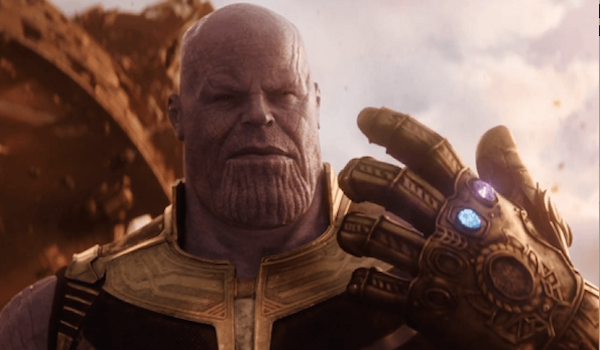 
It’s been almost a week since I watched Avengers: Infinity War, and my mind is still reeling from what I witnessed. I think the last time a movie made me think so much was when I saw Cabin in the Woods for the first time back in 2012. And before that, it was Inception in 2010. Let’s just say, it’s difficult for me to walk out of a movie theater thinking, “Wait, I need to analyze this some more.” Yes, to some people, it’s just another one of your standard superhero movies; but to people like me who have been waiting for years for this moment, it’s a lot more. It’s the big, climactic moment of all our years of dedication, both to comics in general and the Marvel Cinematic Universe. After watching the rise of Earth’s Mightiest Heroes, we were treated to the delightfully upsetting Avengers: Infinity War. But what next?

This is a warning for anyone who has not seen the movie yet. There will be massive spoilers from here on out. But to be fair, the film has been out for a week; if you truly cared about spoilers, you’d have seen it by now. Either way, I think it’s best to warn you one more time about SPOILERS!

Okay, let’s get to the spoiling!

As you may recall, at the end of Avengers: Infinity War, Thanos has acquired all six Infinity Stones and is almost defeated when Thor impales him with the mighty Stormbreaker. However, it doesn’t cause an immediate death, and allows Thanos to snap his fingers, which he warned could eliminate half of the entire universe.

And that’s exactly what happens. 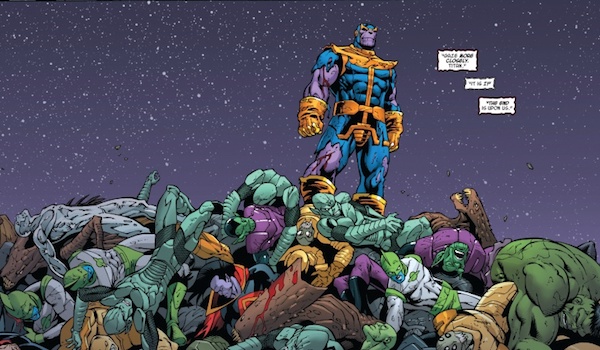 In one of the most emotionally charged endings of any superhero movie, we watch as a good chunk of the Avengers and the Guardians of the Galaxy disintegrate before our very eyes. The only main characters left are Tony Stark and Nebula (stuck on Thanos’s home planet of Titan), and Captain America, Black Widow, Thor, Rocket, Bruce Banner, Rhodey, Okoye, and M’Baku left in Wakanda.

As revealed in the post-credits scene, most of Earth’s population has gone as well, including Nick Fury and Maria Hill. As of now, we’re not sure if side characters such as Pepper Potts, Wong, Ned, and others have survived, but we can only hope.

So where do we go from here? We have half of the Avengers and the Guardians of the Galaxy turned to ash while Earth’s Best Defender (the words of Steve Rogers) is stranded on another planet with the daughter of the man who wiped out half the universe. While it’s reassuring that we still have solid leaders left among the bunch like Tony, Steve, and Nat, you can’t help but feel like there is no hope left.

But wait. What about Nick Fury’s final message before his untimely demise? Even if you’re not a big comic book reader, you’re still aware that his distress signal was being sent to none other than Carol Danvers, Captain Marvel herself. So it’s obvious that she will be joining (and most likely leading) the charge in Avengers 4. But she can’t do it alone.

Remember who else was missing in Avengers: Infinity War? Ant-Man, Wasp, and Hawkeye. Now, I may not be the biggest Hawkeye fan, but I’m still optimistic that he’ll be appearing in the next Avengers film to join the fight. And Ant-Man and Wasp have their own movie coming out this summer (which most likely will take place concurrently with the events of the Infinity war), and I doubt that they will be casualties of what I like to call, “The Snap.” So we’ve got a little extra firepower to throw into the mix.

But wait, there’s more! We have Bill Foster aka Goliath making his big screen debut in Ant-Man and the Wasp, and if Marvel Studios doesn’t screw it up by completely butchering the character, he could be joining the fight as well. 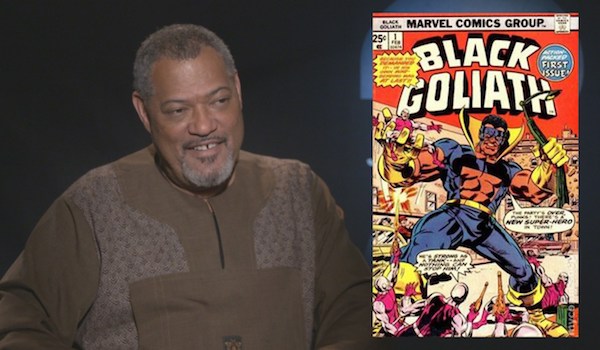 So as you can see, while we may not have some of the more lovable Avengers around like T’Challa, Peter, Wanda, and more, there are still plenty of heroes left to save the day, although it’s obvious that it won’t be as easy as snapping fingers. Remember, Tony is stranded on another planet, Thanos is on his own little paradise with all six of the Infinity Stones, and half the Earth is now in a panic, thinking that the Rapture just occurred. Don’t expect Avengers 4 to take care of everything in a half-hour. No, it’s most likely going to be at least two hours of nonstop action as the Avengers struggle to re-assemble for one last fight against Thanos.

My prediction? I think the movie will involve a time-jump into the future. Not too distant; maybe a few months. The Earth will descend into chaos as people come to terms with what happened. The Avengers will go into hiding, planning their next moves and wondering how they will rebuild the planet and stop Thanos. Meanwhile, Tony could be working with Nebula to either A) fix her ship after having crashed it into her father, or B) traveling the universe in search of reinforcements. And by reinforcements, I’m thinking Adam Warlock.

There’s no doubt that Adam will make an appearance in the Marvel Cinematic Universe, but the big debate is about when. Most people speculate that it will be in Guardians of the Galaxy Vol 3. I, however, believe that he’ll make his debut in Avengers 4. After all, Guardians of the Galaxy Vol 2 takes place approximately two years ago, back during the events of Captain America: Civil War. What happened in those two years? Obviously, Adam’s been training to be one of the most powerful beings in the cosmos. How else are we expecting to take down Thanos?

You know what? It’s possible Tony and Nebula (sounds like a sitcom) could encounter other allies during their travels across the stars. As far as we know, Sif, Valkyrie, Korg, Kraglin, and other interstellar favorites are still out there, ready to fight.

I might be getting a little too ambitious with my expectations, but this is meant to be the war to end all war. I want to see an army of heroes fight to take down Thanos. I don’t care if it seems like “too much.” We’ve witnessed 10 years of a universe being built from the ground up. I think we deserve to witness a worthy a conclusion. All I really want to see is one shot of the entire Marvel Cinematic Universe’s warriors charging across a field and clashing with Thanos and his army. Is that too much to ask for?

You know what would be too much to ask for: the Agents of S.H.I.E.L.D. and the Netflix heroes getting involved with the Infinity War. I’ve fallen severely behind on Agents of S.H.I.E.L.D., and I still haven’t even watched The Punisher, The Runaways, or Inhumans yet, but I think it’s high time that these “show” heroes make their debut on the big screen. I want to see people like Quake, Luke Cage, Iron Fist, and more join forces with the Avengers. I know it’s been said time and time again that the shows, while being part of the MCU, will never cross over with the films, I’m still holding out hope that one day, SOME day, we’ll see it happen. 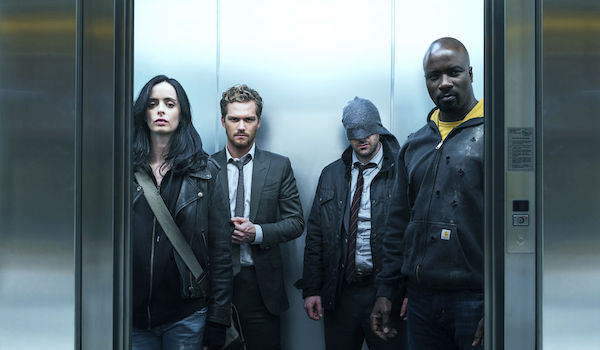 And while we’re at it, let’s throw the X-Men, the Fantastic Four, and the rest of Marvel into the mix. I don’t care if it’s canon with the comics or not. You can’t tell me it wouldn’t be epic seeing the likes of Wolverine, Beast, Mr. Fantastic, Jean Grey, Storm, and others joining forces with the Avengers against Thanos. Just close your eyes and think about it for two seconds… preferably while listening to the soundtrack to the 90s X-Men cartoon theme song.

What do you think is up next for the Marvel Cinematic Universe? Sound off in the comments or send us your thoughts on Facebook or Twitter!