Home » 6 Things We Want To See in the MonsterVerse

Launching a cinematic universe is a delicate task. The Marvel Cinematic Universe remains a unique roaring success with only minor kinks. The DCEU was a rush job now desperately in need of repair. Everyone else is trying and failing to get started. Our last remaining contestant is Warner Bros. and Legendary Entertainment’s MonsterVerse, which brings together Godzilla and King Kong in a clash of the Kaiju. Though only two movies in, the MonsterVerse has so far been relatively good. Godzilla (2014) made for a good disaster film, though it failed to deliver on the expectation of giant monster brawls. Kong: Skull Island (2017) was equally a lot of fun, making up for Godzilla’s flaws. Next up, we have the Godzilla sequel, Godzilla: King of the Monsters (2019) and then Kong vs. Godzilla one year later. Afterward, who knows? Well, here are a few ideas for what could and should appear in the MonsterVerse. 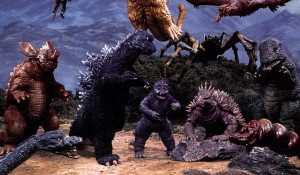 Godzilla (2014) was the biggest tease when it came to monster fights, copping out at each moment where a fight could have happened, to the point of irritation. Sure, the last twenty minutes or so make up for it, but my complaint still stands. Skull Island made amends for this absence with Kong ripping some Skullcrawlers’ guts out. Lovely jovely. With Godzilla facing three of his greatest allies/enemies next year, we will hopefully get the action and city trashing we were denied before. The storytelling and human characters of these films are important, but leaving out precisely what everyone came to the theater for, was a really dumb idea. 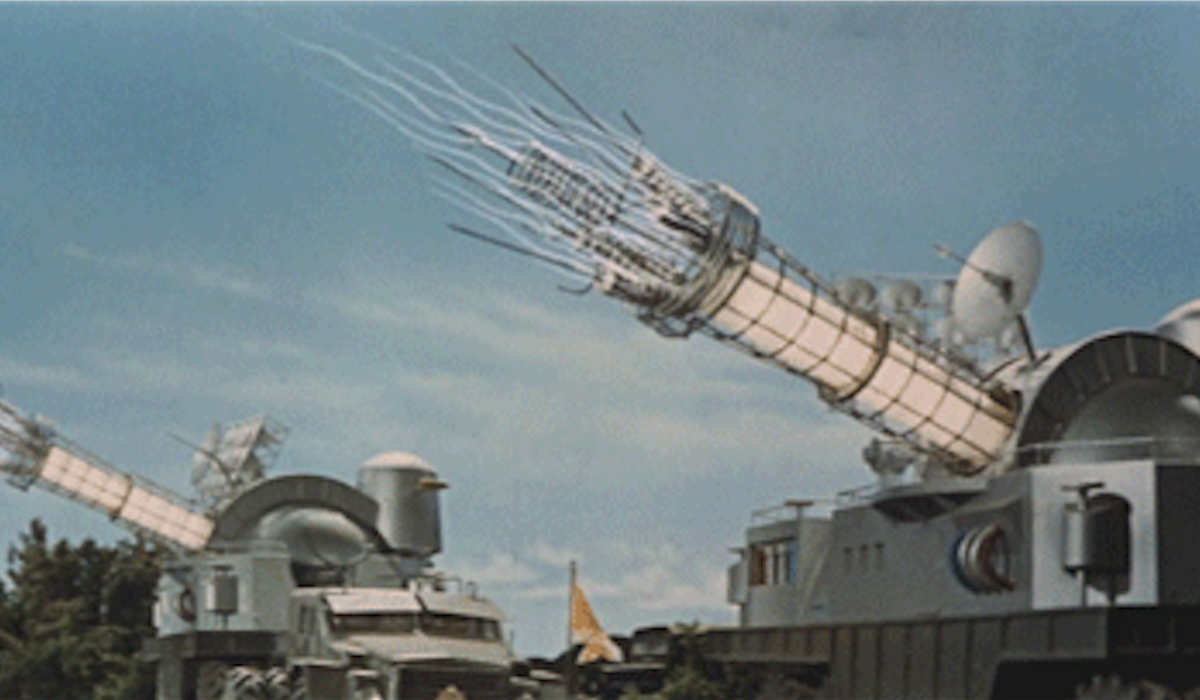 With the presence of giant Kaiju now publicly known to mankind, the secret organization Monarch has some work to do. Founded by President Truman in the late 1940s, Monarch was designed to secretly monitor and combat giant monsters. If Legendary can use whatever they want from Toho’s film vault (with permission, of course), then they could surely utilise the Earth Defence Force. A global organization to combat aliens and monsters alike, the EDF has already appeared in a couple of films and video games. They also have very advanced weaponry, like giant flying battleships and their own mechanical monsters, including, depending on the continuity, a certain MechaGodzilla…

4. Give Kong A Rogues Gallery 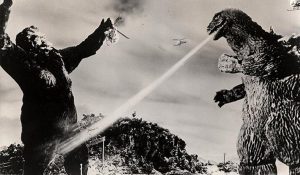 Godzilla has one fantastic line-up of allies and enemies. Kong not so much. Luckily, Skull Island set up that Kong’s island home has a vast ecosystem of giant monsters. Giant yaks, giant stick insects, giant spiders, “ugly ass” birds, and the Skullcrawlers. That’s a good start. But, having some one-of-a-kind Kaiju stomping around Kong’s domain wouldn’t hurt either. In the Toho series, Kong didn’t have many foes, but they included the Gorosaurus and Mechani-Kong. Heck, maybe let Kong spar with some of Godzilla’s rogues gallery. 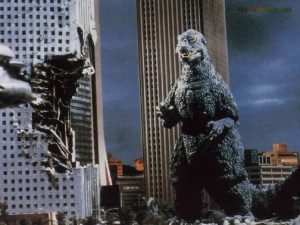 The 2014 film made it clear that Godzilla destroys other monsters to reset balance in nature. Why? Presumably so he can remain the alpha predator in the world. However, we never see Godzilla directly attack humans. They just keep getting in his way. So, what if he ends up being made an enemy of mankind? It would make sense for Monarch to have a protocol should this happen. It isn’t just Godzilla kicking some Kaiju ass that we want to see. We want to see him swatting fighter jets and crushing tanks. I have a theory that in Godzilla: King of Monsters, his fights will determine his relationship with mankind. In the original 1954 film, Dr. Serizawa invented the Oxygen Destroyer, which could wipe out organic life with its deadly chemicals. Imagine if the Godzilla groupie of the MonsterVerse (Ken Watanabe) was forced to invent such a weapon himself. Though he prefers the “let them fight” route to resolve issues, he may have no choice.

2. A Smorgasbord of Monster Movies 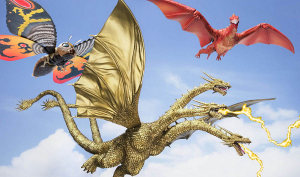 There has been no reports of what will happen after Godzilla and Kong’s big brawl in 2020. Maybe the MonsterVerse will end then and there. I’d rather see more installments. A good idea is to utilise the monsters available to the studios. Mothra and Rodan both originally debuted in their own films before they even appeared in Godzilla’s world. Mothra has had a variety of movies, so there is great potential there. Rodan too. Depending on which other characters Legendary acquire, a few other monsters could get their own spin-offs. This is also why Kong needs his own original villains. It has been reported that Kong will be much larger when he meets Godzilla, so his fateful visit to New York is unlikely to happen. And, there is one other giant monster who deserve a revival. 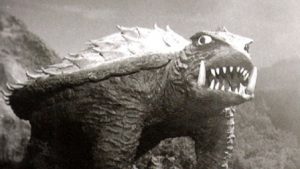 Yes, everyone’s favourite giant flying turtle! After Godzilla, Kong, and Mothra, Gamera is probably the most famous giant monster in the world. The only catch is that Gamera is not owned by Toho, but rather Daiei Films. I doubt he will appear, but it would awesome if he did. Gamera is a fire-breathing turtle, and can fly by spinning his shell and blasting out fire from the holes. It sounds silly, but if a giant butterfly can be taken seriously, so can a flying turtle. Gamera has only had twelve films to date and deserves a comeback. He has a unique design, some great antagonists, and is meant to be kid friendly.