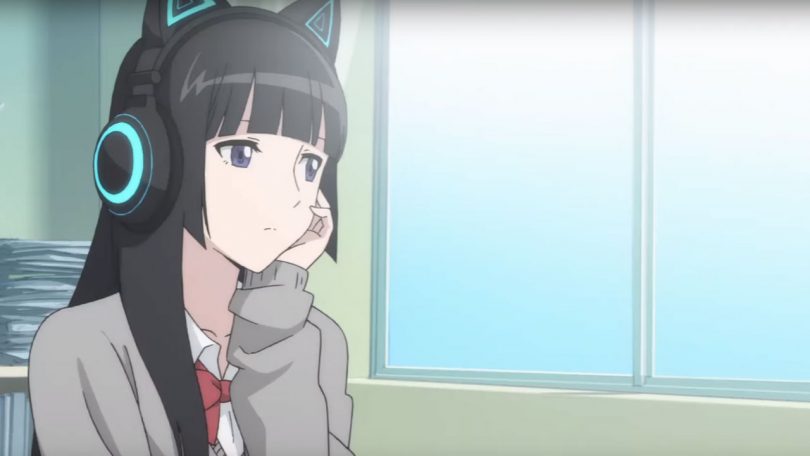 We are in an age of beleaguered sequels. The new Star Wars trilogy, Blade Runner 2049, and The Incredibles 2 have all been long anticipated, and waited for even longer. Anime seems to be following this trend too, reviving some nostalgic properties for new audiences. Amongst them are Cardcaptor Sakura, and Naruto, which we recently discussed on PodCapers. Then, there is FLCL, which I have previously written a six–part analysis about. Last year, it was announced that the popular, wacky sci-fi series would gain two new seasons: FLCL Progressive, and FLCL Alternative. Progressive, a direct sequel to the first season, was released for the summer. But, removing the nostalgia goggles, Progressive does not live up to its own hype.

Disclaimer: This review contains spoilers for FLCL and FLCL Progressive. Read at your own discretion.

FLCL was a six-episode miniseries released in 2000, created by Kazuya Tsurumaki. To some, it was just a fun, absolutely crazy sci-fi anime with a bizarre plot. To others, it was an inspirational coming of age story packed with tons of symbolism about growing up. For me, it is a mixture of both. The story was about 12-year old Naota Nandaba, whose mundane life is turned upside down when he is run over by the Vespa-driving, pink-haired Haruko Haruhara. Robots began emerging from his head as part of a weird plot involving galactic purification. At its heart, FLCL was a story about Naota learning to accept he was still a child, and could act as one. That, and it was a ton of fun. 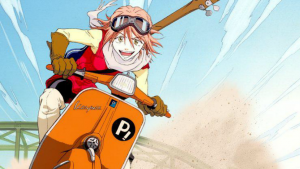 FLCL Progressive returns to the poor, provincial town of Mabase, set eighteen years after Haruko rode off into the sunset. Our new heroine is Hidomi Hibajiri (Xanthe Huynh), an outwardly nihilistic teenager, who often has grim fantasies about her own demise. A lot of her character is built around the cat-eared headphones she wears at all times. The headphones were left by her absentee father, who is both detrimental and irrelevant to the story. Hidomi and her mother are waiting for him to return, running a café solely out of habit. As such, Hidomi is quite cold and distant from others, yet is still looking for reliable connection in her life.

In a moment mirroring Naota’s misfortune, Hidomi is run over by Julia Jinyu (Allegra Clark), an albino woman, and her shiny convertible. Jinyu fails to kill Hidomi, as she had hoped, later gaining employment in the family café, and serves as a mentor. Turns out Jinyu was trying to protect Hidomi from a much greater threat. That’s right, Haruko Haruhara (Kari Wahlgren) is back in town, posing as Hidomi’s teacher. Hidomi’s classmate, Ko Ide (Robbie Daymond), infatuated with Haruko, becomes involved when robots start emerging from his head to target Hidomi.

And after that, the plot throws itself down the Abstract Falls. It took me many times to understand the deeper meanings and story of FLCL, so I may have to repeat history to “get” Progressive. But, even when watching the original anime for the first time, I understood its overall story. Progressive seems to struggle here. The main storyline is abstract to say the least. It incorporates elements of the first season’s bigger plots, like Haruko’s pursuit of the cosmic entity Atomsk, and the threat of Medical Mechanica.

First off, Haruko wishes to obtain a strange power Hidomi has, that is inhibited by her headphones. Removing them, or depending on Hidomi’s mood, releases this power, that can turn Hidomi into a robot. But, is she actually robot? It seems to relate to her personality, mood, and thought process. Characters repeatedly claim she is not human, but it is never really explained why or how. Her father is mentioned as being an employee of Medical Mechanica, but it’s never brought up again. Also, why on earth is the Medical Mechanica factory back in operation, and no one has battered an eyelid about it? I know “nothing exciting” happens in Mabase, but people can’t be that forgetful to what happened last time.

Hidomi herself is likeable enough, though her character arc, from nihilist to being more open and considerate, isn’t as thorough as Naota’s. Again, the season may require reruns to better understand the characters. Ide is a noble kinda guy, his characterization more gradual that Hidomi’s, coming to view Haruko as a threat. The rest of the cast are adequately written. Ide’s best friend, Goro Mori (Jon Allen), is your archetypal chubby nerd with a lousy love life, bouncing between goofy and obnoxious. His other friend, Marco, is so inconsequential to the show, he might as well have not been there.

Then, you have the blokes of the Interstellar Immigration Bureau, who are working to oppose both Haruko and Medical Mechanica. Their role is even more trivial to the story. They are also doing experiments on the TV-headed robot Canti, who pops up in the fifth episode like an afterthought. I didn’t really understand what these characters were doing, or their vague motivations.

One of them is mentioned as being the son of Amarao, commander of the bureau in the first season. But, nothing comes of it beyond a passing comment, nor does the character ever meet Haruko. He has a daughter, Aiko (Christine Marie Cabanos), who is a bit character and love interest for Goro, only to be suddenly thrown into an important role in the finale. There is more focus on a frigging flowerpot as a Chekhov’s gun that developing some of these characters!

But, then you have Haruko and Jinyu. Haruko’s return was great, and maintains her wacky but double-edged personality; still being quite manipulative, selfish, and decidedly childish. However, she is missing her more softer side, and is completely amoral to the sufferings of others. It turns out this was deliberate.

Jinyu is a literal split personality of Haruko, created during a brief moment where Haruko caught Atomsk (which plays out during the end credits). As such, she embodies Haruko’s rejected emotions, even confirming Haruko is head-over-heels in love with Atomsk. Haruko hates Jinyu, yet regards her belligerently as a companion. When their relationship is comical, it reminds me of Looney Tunes, but it can turn just as vicious. Jinyu wants Atomsk to be free, while Haruko wants to possess and control him. The brilliant Kari Wahlgren carries a majority of the dub on her own, and gets to explore some new angles to her iconic character. 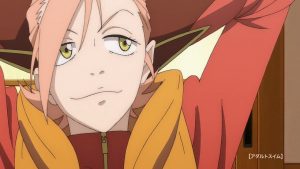 Perhaps my biggest complaint about Progressive, is its own confused identity. I feel like the anime was revived because it was purely nostalgic and iconic, and the new creators were just remaking FLCL’s greatest hits. Remember the wackiness and zany nonsense? We’ve got tons of that. Remember how popular Haruko was? Let’s make her the main character! Remember how awesome the soundtrack by The Pillows was? Let’s bring them back, but do little with them! Remember when the show randomly changed animation style? Let’s throw that in there. If there is a deeper meaning to this series, it got lost somewhere in the madness. The same things could be said about FLCL in general though.

Most disappointingly, in my opinion, was the lack of resolution. The absence of Naota and Mamimi Samejima is the biggest problem. While Haruko and Canti were iconic, they were both foils to Naota and Mamimi as they grew as people. Hidomi and Ide are likeable, but the former’s arc is vague, and the latter’s is too simple. This was why I was most excited for a return to FLCL – to see what Naota was up to. Whether or not he has moved on, or was still pining for Haruko. The same for Mamimi. Had she grown up and done something with her life? Did she get over Naota’s brother and move on?

The marketing even teased unresolved plot points as a major part of the story, and instead, they are just resolved via plot convenience. Hell, an eagle-eyed viewer may even spot Naota and Mamimi in the end credits, clearly adults, but they are just in cameos. What a waste. These unresolved story points would’ve been great to continue and wrap up. I waited eagerly for Haruko to reunite with Naota, and it never happens. Instead, we get a pointless, generic beach episode (a staple for many anime), and a zigzagging plot that eventually disappears up its own bunghole. Things just occur without any rhyme, reason, or build up. And stuff that is set up is left unresolved, or occurs so off-screen.

I really did not want to dump all over the return of an anime I love dearly. Maybe it’s the nostalgia talking, or maybe FLCL Progressive just can’t match up to the original. FLCL was solely directed and guided by the creator of Neon Genesis Evangelion, while Progressive has at least six directors. Still, the third season, FLCL Alternative, will be released in September, so there is that to look forward to. However, the title implies it is an AU, so any chance of resolving Naota and Mamimi’s story is out of the window. Unfortunately, while Haruko’s return is welcome, the attempt to get a second home run with FLCL was a failure. It struck out.

What are your thoughts on the return of FLCL? Was the new season fantastic, or a disappointment? Leave a comment below, or on our Twitter feed.