Home » 6 Reasons Why X-Men: Apocalypse Was A Disappointment 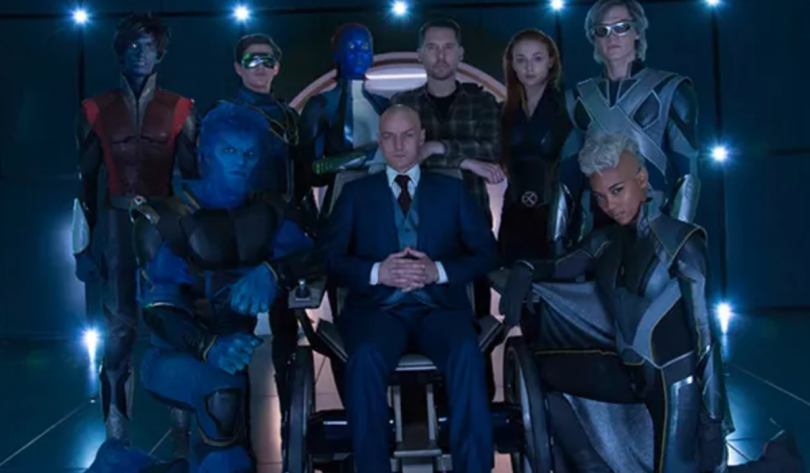 Are the X-Men films working anymore? Solo films like Deadpool and Logan turned out to be brilliant, while X-Men: Apocalypse was a massive pile of sludge. Following the mostly excellent Days of Future Past, Apocalypse was a fresh new start in a rebooted timeline. And yet, it somehow stuffed itself to the brim with absolutely nothing but a big mess. Choosing style over substance, Apocalypse has a generic villain, too many characters who do nothing, and repeated storylines we had hoped to see the last of. There are a lot of problems to Apocalypse, but here are just six of those that bug that hell out of me.

6. Why Is Mystique Still Here? 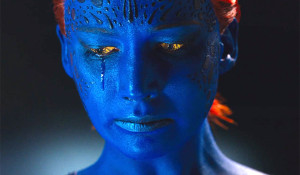 Jennifer Lawrence was great as Mystique in her first two appearances, but in Apocalypse, she is just around because contracts say so. Mystique is considered an iconic heroine after defending Richard Nixon from Magneto in Days of Future Past. But, she has since lost her vigilant “mutant and proud” idealism, and is basically a golden pin away from being Katniss. She is now angsty about her fame, and hides away her blue skin, though it is mainly so Lawrence doesn’t have to wear makeup. And she goes through a bland transformation into the leader of the X-Men without building on her character from the two past films. I can only guess what role she’ll play in Dark Phoenix, and how little emotion Lawrence will try to put into it.

Michael Fassbender has been great as Magneto, but his character seems to be going in circles. We treaded familiar ground with Magneto losing his family all over again, giving him an excuse to return to villainy, wanting to destroy mankind, put the helmet again. You know the drill. Magneto is a complex character, and while in this film he is driven by grief rather than revenge, his story is starting to grow stale. I’d like to see him take on a role closer to Ian McKellen’s portrayal, found the Brotherhood of Mutants, or even be head of Genosha. Give us something new!

4. Apocalypse Was A Boring Villain 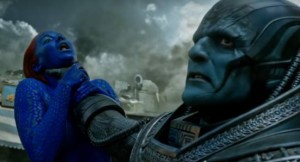 It isn’t really wise to name a film after the villain, and they turn out to be boring. Apocalypse isn’t the most interesting of Marvel badguys. He is a social Darwinist, believing in survival of the fittest, and as the first known mutant, he thinks of himself as a god. While all of that is at play in the film, Apocalypse is so dull and forgettable, you could mistake the film for being a DCEU film. And when you cast the talented likes of Oscar Isaac in such a role, dress him up in thick make up and Ivan Ooze’s costume, it is bound to be a failure. If they had explored Apocalypse’s backstory a little more, perhaps he would’ve made a more interesting character. And don’t get me started on how wasteful the Four Horsemen were. 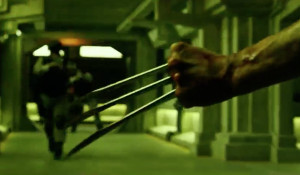 About halfway through the film, Charles Xavier is kidnapped by Apocalypse, all the nukes are sent into space, and the X-Mansion blows up again. Our heroes are then captured by William Stryker, knocked out, and put in a corner for about fifteen minutes, to service a two-minute cameo for Hugh Jackman. I do enjoy seeing Wolverine cameo in the films, but this is the third time now that we have seen his backstory. How many times can you have Logan out of the damn base? They pause the main storyline to take an unnecessary detour, and to give a cheap substitute for the now retconned romance between Logan and Jean Grey. The only good thing about this is that we learn Mr. Sinister is connected to Weapon X. 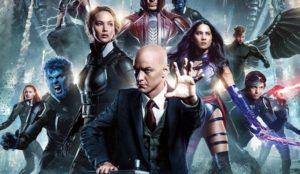 By the end of the film, nothing really of consequence has happened, beyond the X-Men being properly reformed. Oh, and Xavier is now bald. In fact, the film exists to essentially explain why and how Xavier loses his hair, thanks to Apocalypse. The way he lost his ability to walk was tragic and moving. Did they really need to try to give a dramatic reason as to why he goes bald? Being bald isn’t really necessary to Xavier’s character beyond physical iconography. Also, Storm’s signature white hair and powers also stem from Apocalypse, so, yeah, thanks for that.

1. The Destruction of Auschwitz 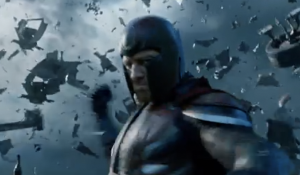 I did consider not putting this in, but I felt it was necessary. While everyone was up in arms by the use of Mystique’s strangulation in marketing, no one seemed to bat an eyelid about Auschwitz. In the film, Apocalypse has Magneto destroy the concentration camp that slaughtered thousands of innocent people. Of course, Magneto himself is a victim in-universe, being both Jewish and a mutant. While it was directly tied to virtually Magneto’s entire character, the destruction of a real life location of horror and tragedy via gawdy CGI explosions really rubs me the wrong way. And it doesn’t help that Apocalypse, a villain dedicated to suppression, domination, and creating a superior race, delivers a cheesy, melodramatic speech of such things, during the destruction of the camp!