Home » Meanwhile… #7 is Tame in its Diversity, But No Less Engrossing 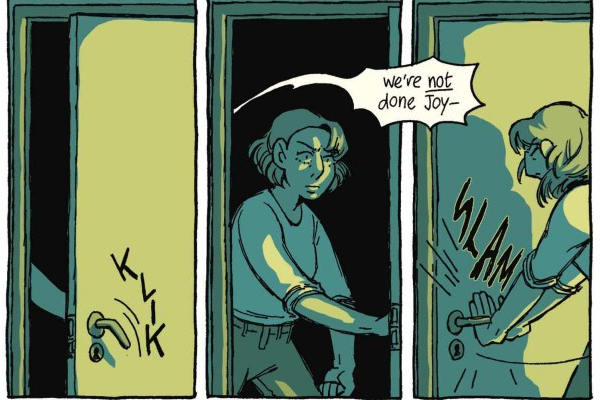 In our daily adventures at AP2HYC Towers, we’re graced with the presence of many a fine comic, and one such title we’ve had the pleasure seeing evolve over time is Soaring Penguin’s ongoing anthology Meanwhile…. Now in its seventh instalment, the comic remains a delightfully unexpected read. A quirky charm factor about the comic is its lack of adherence to anyone style, resulting in a carefree, ‘anything goes’ mentality in the contents it delivers. Sometimes it’s a funny read, sometimes it’s an exciting read, or a sad read, or a weird read, and more often than not, it’s all of these things wrapped into one package.

Meanwhile…‘s seventh issue retains that unpredictability, even if the level of diversity itself is slightly tamer than past issues. That calmer attitude can perhaps be placed in the amount of strips included here. In this issue, we have only seven strips, three of them ongoing stories that have nestled themselves well within Meanwhile…‘s boundaries. As if to cement its ruthless unpredictability, this issue kicks off with something Meanwhile… hasn’t attempted before – retro adventure. Ryan Howe‘s Daisy Blackwood: McGuffin condenses the vintage fizzle of Indiana Jones and Biggles into a spry, disposable slice of pulpy fun. It’s not the most challenging strip Meanwhile… has ever gone for, and its surface-level love letter to a bygone age of retro adventurers doesn’t make it feel particularly riveting, but its action-propelled story ensures the issues opens with a sense of fun. 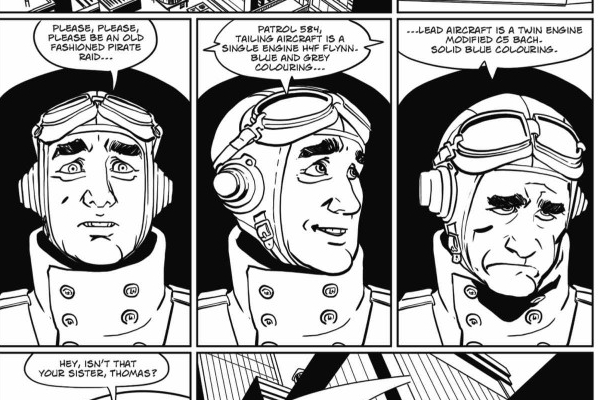 Elsewhere, the continuing sagas of David Hine and Mark Stafford‘s The Bad Bad Place and Gary Spencer Millidge‘s Strangehaven, two of Meanwhile…‘s stalwarts since its early days, continue to be grotesquely engrossing strips. The Bad Bad Place in particular leaves you hanging for more with a well-paced sense of monstrous sickliness. Sarah Gordon‘s The Collector is full of delicate charm, replicated by Giulia Spinicci‘s The Sycamore Tree. Meanwhile… is no stranger to balancing out its more abrasive material with these more reflective pieces, but these two strips in particular don’t feel like they’re here simply to make the darker strips more manageable. They’re substantial if brief stores in their own right.

The undisputed star of Meanwhile… #7 is Simone Buchert‘s Cut Out, a gut-wrenching yet masterful snapshot of an abusive relationship that plays with the comic’s very format. A forty-two page story that encompasses the bulk of the issue, it consists of numerous unconnected, small incidents depicting lead character Jo’s struggles with surviving in an abusive relationship. Throughout the strip, Buchert interjects numerous cut-out lines around portions of the story, demonstrating a masterful skill in pushing the strip in and out of reality.

Cut Out is the highlight in a mixed bag of an issue. The appeal of Meanwhile… is in it limitless boundaries, you never quite know what you’re going to find in each fresh issue, even with the serialised stories. Issue #7 may feel more tame than past issues, but its individual merits continue to make the anthology a delightfully eclectic read.

You can discover more about Meanwhile… from Soaring Penguin and elsewhere. Are you already a fan of the anthology? Let us know in the comments section below or send us a Tweet!