Home » Thought Bubble 2018: Slip Into this Black and White Dystopia with The Needleman 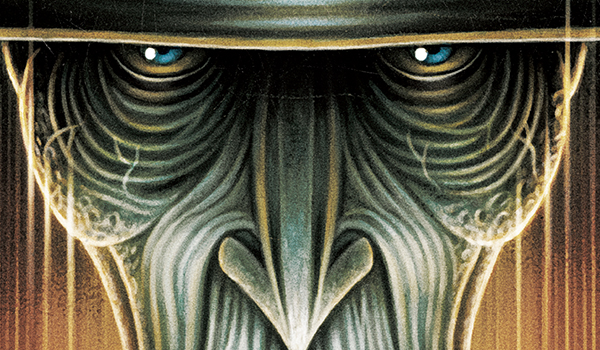 The Needlemen are the dark enforcers of a dystopian city, set to keep the slaves in line. This city is run on the backs of slaves, their faces haggard from their work, their spirits broken. Agent Rasp is one of those Needlemen and will be drawn into a case that will alter his perception of the world forever.

Martin Simpson‘s The Needleman is a dark, entertainingly small story set in a dystopian city. It’s a story that readers will be familiar with but has enough uniqueness to keep its audience engaged. With artwork that is absolutely gorgeous, The Needleman has something everyone can enjoy.

Set in a world that lacks colour, Agent Rasp recounts a recent case of his that involves a worker’s disappearance. He does not suspect much from this missing person, she has had a track record of rogue behaviour and this sort of thing seems to be commonplace. But as he delves deeper in his hunt and is led to the depths of the sewers, he will discover something that will ultimately change his perspective and nature. 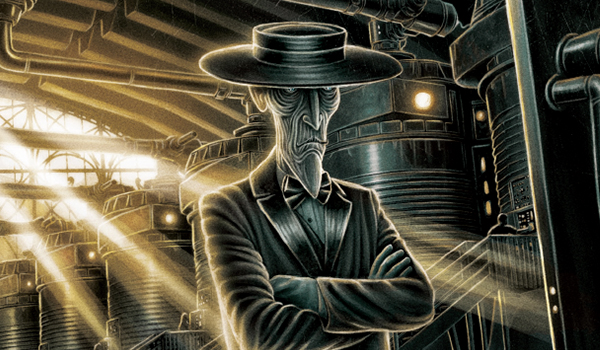 Like most dystopian tales, we are introduced to a horrible world. There is little detail given on how this world functions but, through the small bits and pieces we are given and character expressions, it becomes clear. It’s a small, self-contained story that gives the reader exactly what they need without excessive information. Every panel is carefully planned, every word choice is chosen specifically. It feels like a well, tight knit package.

For a world that all black and white, The Needleman‘s artwork is extremely lush. While it depicts the dark, dreary world of a dystopia, there is still a surprisingly amount of life to the work. For a world that still manages to appear to be so dark, the panels are careful to show the reader that there is plenty of natural light seeping in to the buildings. Additionally, sepia tone gives the comic just enough additional colour the audience needs.

Characters are given just as much attention to detail as the overall atmosphere. Agent Rasp’s character design is extremely vivid. The rolls and wrinkles of his face are a sight to behold, especially being so detailed in every panel. There is no shortage of detail in this work, every character is treated the same. The slaves are given worn out, defeated facial expressions, Great Controller has these amazing glasses. The harsh lighting and shadows really add to the character designs. This world feels fleshed out.

If you are in for a quick read that covers dystopias and is packed with amazing artwork, The Needleman is the story for you. Every panel will leave you breathless and the concise story makes for a good, short afternoon read.

The Needleman will be debuting as a forty page one-shot at the Thought Bubble Festival on September 23rd. If you’ve had a chance to read this wonderful comic, give us a shout in the comments below or send us your thoughts on Facebook or Twitter!