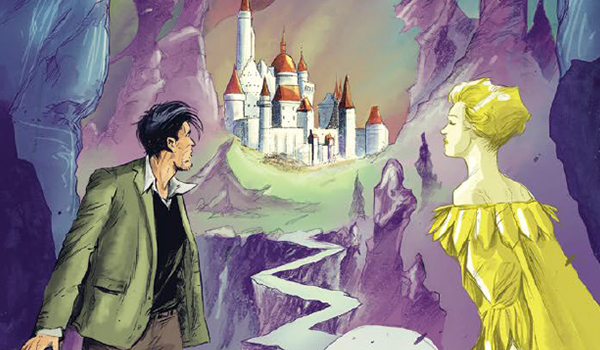 Ryan O’Sullivan has managed to craft an interesting tale in which the fate of the world is up those who have mastered the craft of storytelling. With beautiful art by Andrea Mutti, readers are sucked into a world full of ferocious beasts and dark secrets. Fearscape is for anyone who posses a love for stories and storytelling.

The reader follows the life of Henry, a pretentious translator who believes he is meant to write something greater. While attempting to take a peak at his friend and famous author Arthur Proctor, Henry is whisked away by something called The Muse. The Muse has come from a realm known as the Fearscape to take the generation’s greatest storyteller to her world of dark magic and assist them in the defeat of man’s greatest fear. There is just one problem: The Muse believes she is taking Arthur Proctor. Henry must now navigate the strange world of the Fearscape under the guise of the true hero that is meant to save humanity.

Like O’Sullivan’s previous works, Fearscape offers an interesting premise as it includes readers as much as humanly possible in the development of the story. If we thought Void Trip was a psychedelic fall down the rabbit hole, Fearscape is the American McGee version of that. The Fearscape is immediately presented as being dark and dangerous, just as ominous as the real world. The parallels between the two, from the characters that inhabit both worlds to the composition of each frame, are both fascinating and worrisome. The reader is left with a sense of dread by the end of the first issue. 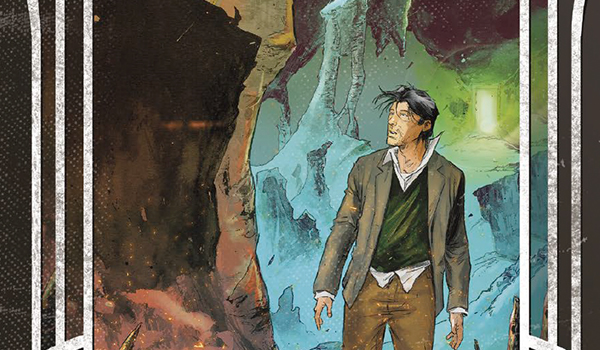 The biggest hinderance this story has is the protagonist Henry. While it is always good to follow a character with flaws, Henry is so full of himself that it can be very hard to root for him. The Fearscape is very dreamlike and the concepts introduced in the world are very interesting, which helps counterbalance Henry’s unlikable nature. Considering how unreliable of a narrator he is, we’re immediately thrown into a sense of not knowing what is real and pure fiction. The story sets up ambiguity very well and we certainly hope Henry will become a slightly more likeable character as the story progresses.

The artwork is absolutely beautiful. The use of shadows in particular is very well done in combination with the purple colour palette used for the Fearscape. It separates the world of reality from the Fearscape very easily in addition to enhancing the dark, dreamlike quality of the world. This style is very different from previous works by Ryan O’Sullivan but it fits this story perfectly.

While the tone of this work is very different from Ryan O’Sullivan’s usual work, Fearscape provides a strong enough opening to keep its readers wanting more. We certainly can’t wait to see where this story goes and what awaits us in the Fearscape.

Fearscape is now available through Vault Comics. Make sure to snag your copy today! And, if you like what you read, give us a shout in the comments below or on Facebook or Twitter!