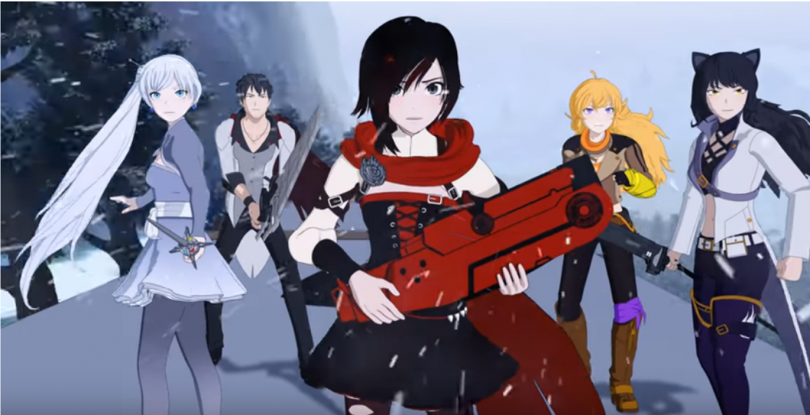 Drop everything! Whatever you are doing right now, unless you are a nurse or a traffic warden, stop doing it. The trailer for RWBY Volume 6 has finally arrived! Bask in its gloriousness. Bask! The animated web series created by Monty Oum and Rooster Teeth continues on into its anticipated sixth season. Though, the fifth volume had its ups and downs, it led to the reunion of Team RWBY, and set up the next step of their journey across Remnant. Though the trailer is fairly short and only teases what is to come, there’s still enough to pick apart and get hyped as hell about. All aboard folks, the hype train is pulling out of the station!

Disclaimer: Obvious spoilers for all previous five volumes of RWBY ahead, as well as speculation for the sixth.

The end of Volume 5 saw the reunion of Team RWBY at long last – Ruby Rose, Weiss Schnee, Blake Belladonna, and Yang Xiao Long. Having acquired the mystical Relic of Knowledge from Haven Academy, our heroes are now off to Atlas to secure it, and the hidden Relic of Creation. Now reunited, the team are on their way, but the trailer hints their trip won’t be an easy one. Let’s bullet point our way through the trailer, and examine what gorgeous details lie within as October 27th approaches. 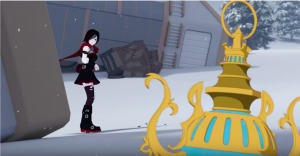 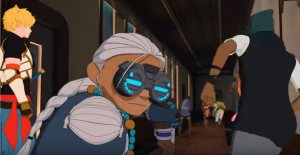 One thing that is painfully absent is any sort of tension between Blake and Yang. Both look like they can at least stand in the same room without killing each other. Only time will tell. RWBY’s Volume 6 begins on October 27th, 2018, and will be exclusively be available on Rooster Teeth’s website. Be there, or be square.

Are you excited for RWBY’s sixth volume? Are you gonna raise the roof or raise hell? Leave a comment below or on our Twitter feed.