Home » Fantastic Beasts: The Crimes of Grindelwald is a Convoluted Mess 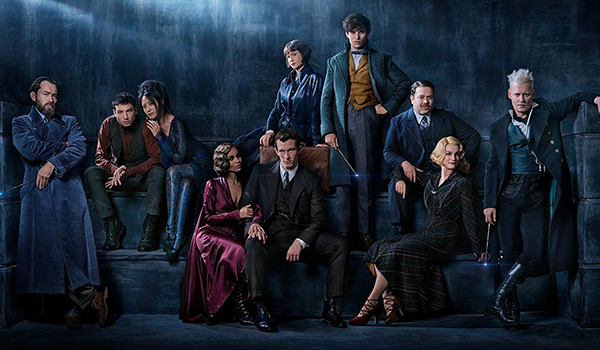 It’s that time of year once again, a time to celebrate the holidays and all the classic traditions that go with it. Since 2001, The Harry Potter franchise has become a staple of the holiday season. And there’s nothing more satisfying than being able to watch a new film set in the beloved Harry Potter universe. That is, unless it’s Fantastic Beasts: The Crimes of Grindelwald. It pains us to say this, but The Crimes of Grindelwald</span >may just be the worst film set in the Harry Potter universe.

First, let’s start off with what works. The cast is absolutely amazing. Eddie Redmayne as the lovable Newt Scamander steals the show. His awkward charm is a delight every time he appears on screen. Additionally, Jude Law was the perfect casting choice for the beloved future headmaster Albus Dumbledore.  He is Dumbledore in every sense of the word. While there was controversy surrounding Dumbledore’s portrayal and his relationship with Grindelwald, we were pleasantly surprised to find some great lines by Dumbledore that provide a poignant, subtle look at their relationship.

As for the rest of the film, it’s difficult to find a starting point for this mess. There are good ideas embedded in this story. Unfortunately, there are simply too many plots going on throughout the film. If you are a huge fan of Harry Potter and its universe, you may still have a hard time following the story. Most of the stories can easily be dropped along with characters. So many characters are given one or two lines only to fade into obscurity. This then wastes space for characters who should be given character development. 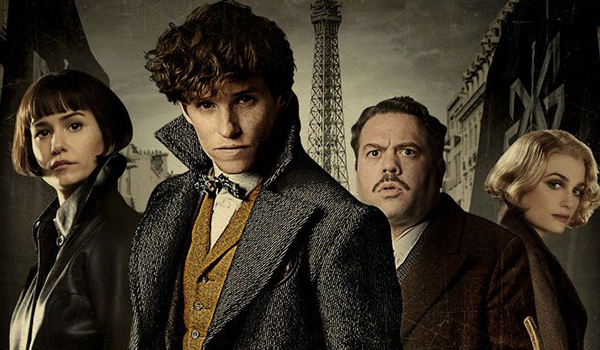 Another huge issue this film reeks of is exposition. So many scenes are spent explaining what we missed in between film one and two. How did Jacob regain his memories of the first film? Explained in some superficial dialogue. Why is everyone looking for Credence? Explained in a confusing manner several times throughout the film. This ultimately becomes intertwined with the overarching issue of too many plots in one story.

Die-hard fans of the series will undoubtedly find multiple plot holes sprinkled throughout this film. For instance, McGonagall makes a cameo in a flashback scene…teaching at Hogwarts before she was even born! Basic world building from the previous Harry Potter films is dismantled. The Nagini controversy is just as bad as you would expect it with her character having absolutely nothing to do in this film to the point where we wonder what was the sense of making Voldemort’s beloved pet a human in the first place. And, be prepared for a disappointing and downright confusing plot twist at the end. While we know there are still three films left to go where these revelations could be explained, it makes for confusing and uninteresting plot points in this instalment.

We hate to say it, but the biggest problem with The Crimes of Grindelwald is the writing. It’s boring, with interesting bits popping out here or there. Which is a real shame considering the first film was a very decent start to J.K. Rowling‘s screenwriting career. Fantastic Beasts and Where to Find Them had such a solid plot, one that was simple and offered a plethora of visually pleasing moments. This film is the exact opposite. This is most likely due to the fact that Rowling is transgressing to her novel writing skills with her intricate plots rather than focusing on what made the first film so enjoyable.

What did you think of Fantastic Beasts: The Crimes of Grindelwald? Be sure to let us know in the comments below or send us your thoughts on Facebook or Twitter!