Home » Distortion of Time: In Conversation with The Theory Writer/Creator Neil Gibson 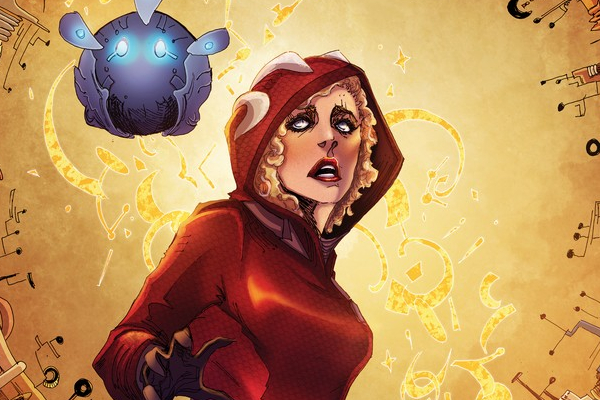 TPub are one of the U.K.’s illustrious publishers of indie comics, bringing fresh, exciting titles each year. Perhaps best known for their ongoing anthology, Twisted Dark, the folks at TPub are gearing up to unleash a new anthology onto the world – The Theory.

Spinning out of the Twisted Dark world, The Theory describes itself as ‘Twisted Sci-Fi’, focusing on a time-traveller trying to reduce human suffering and an astro-physicist on a mission to prevent humans from self-destructing.

The Theory can be read for free digitally on Webtoon, but TPub are also funding a physical edition through Kickstarter. We recently caught up with TPub mastermind Neil Gibson to discover more about The Theory.

A Place To Hang Your Cape: Why did you want to craft a spin-off from your Twisted Dark series?

Gibson: Well, I have always believed that there is a comic for everyone. Some people love fantasy, other romance and others sci-fi. I want to get to every genre eventually but because I love sci-fi, this seemed a natural fit.

A Place To Hang Your Cape: You mention The Theory shares its ‘twist’ ending motif of Twisted Dark, how else might The Theory compare and contrast with Twisted Dark?

A Place To Hang Your Cape: What kind of stories can fans of TPub expect from The Theory?

Gibson: Stories to entertain, surprise and leave you thinking. I could tell you more, but why not dive in and have a read yourself?

A Place To Hang Your Cape: The Theory dabbles in the theme of time distortion, is this new ground for you as a writer?

Gibson: It is, but it is just a plot device to me. I think I pulled it off okay. I have a PHD astrophysicist helping me out to make sure the science is as accurate as possible.

A Place To Hang Your Cape: You’ve got a revolving door of artists working on The Theory, who’s providing their artistic talents and how did they each join the project?

Gibson: I had either been fans of their work, or they approached us as the right time. Everything seems to happen organically.

A Place To Hang Your Cape: TPub already has an eclectic portfolio, what is it that The Theory adds to that body of work?

Gibson: Awesome storytelling! But why don’t we let the readers be the judge of that?

You’ve only got a day left to back The Theory on Kickstarter! Have you already done so? Let us know in the comments section below or send us a Tweet!