Home » RWBY: Truths and Lies Have Consequences in “So That’s How It Is” 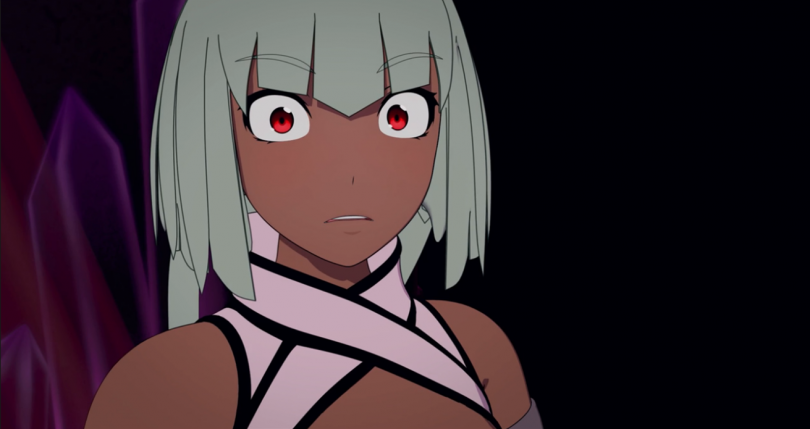 The last episode of RWBY was certainly the whammy, so it makes sense for the following to be a small breather. We learnt a lot about the lore of the show, including who Salem and Ozpin are, about the Relics, and why the Moon exploded. “So That’s How It Is” deals with the fallout of these revelations, though the outcome feels a little rushed. I suppose with the length of the last episode, things were bound to be a little slow in the follow up. Still, not much really happens in this episode.

Team RWBY now know who and what Salem is, how Ozpin began to reincarnate, and most grave of all, that Salem cannot be killed. Everyone is understandably enraged at the secrets Ozpin has been hiding from them, especially that Salem can’t be killed. When Ruby asks him if he does have a plan to kill Salem, Professor Ozpin confesses that he doesn’t have one. I find this almost baffling to hear. This character has been built up as pretty much on par with Dumbledore, always with a plan, and many resources at his disposal. A trick up his sleeve and a backup plan to his backup plan. Hearing Ozpin say he has no theories or ideas on how to kill his ex-wife is alarming. In all his lifetimes, he has never once considered a plan. It almost sounds ridiculous.

Last episode, the God of Light decreed that when the four Relics were united, he and his evil brother would return to judge humanity. If they were harmonised, they’d be spared, but face annihilation if they were not. Ozpin in his implied, previous life as the King of Vale, unified the four Kingdoms after the Great War. He then hid the Relics under each of the Huntsmen Academies across Remnant. Thanks to Cinder and co., the world is now falling apart. Salem also must learn the value of life and death in order to be free of her cursed immortality. How the union of humanity, and Salem’s own needed understanding will occur, if they do, is unclear.

But who cares about all that with Qrow delivering a beautiful right hook to little Oscar’s face. Qrow curses Ozpin, now disillusioned by everything he has been told. Qrow dedicated himself to helping Ozpin, to fulfil a better purpose, but now feels confused and hurt. Sheesh, now wonder his sister Raven ran away. Ozpin apologises, and goes very quiet, handing the reins back to Oscar. Oscar realises that Ozpin has completely isolated himself somewhere within his mind (their mind?). The poor boy is particularly distraught by the truth, and how he is just one of many hosts to come and go for Ozpin.

Everyone starts panicking, only for Maria Calavera to hush them up, taking command. About time the show remembered she was around. The old lady suggests they calm themselves to avoid attracting Grimm, and follow a nearby trail. When Yang starts getting snappy, Maria snaps right back, understanding everyone is hurt by the truth. She admits she is especially shaken up by the fact this is humanity’s second life cycle on Remnant. The group set off in grim silence, though Ruby attempts to reassure Oscar he isn’t just another one of Ozpin’s pawns. Qrow isn’t so kind, though not out of malice towards the boy.

Meanwhile, badguys Hazel, Emerald, and Mercury fly back to Salem’s domain to face the wrath of their leader. Needless to say, a total loss isn’t going to sit well with her. The delightfully creepy Tyrian welcomes the trio. Tyrian appears to have some sort of mechanical work done on his stinger, after Ruby chopped it off in Volume 4. Tyrian pisses off Emerald when he realises Cinder is “dead”, but then invades her personal space when she threatens him. Damn, Tyrian is so unhinged but threatening at the same time.

He does make one confirmation though – Salem is not a happy bunny when she learns the bad news. The incredibly tense atmosphere in Salem’s throne room is unbearable, as Salem interrogates Hazel on whose at fault for their failure. Hazel takes full responsibility, only for Salem to flip over the table and assault him with Grimm tentacles!

Salem turns to Emerald, who admits that Cinder is to blame. Salem agrees, and explains that their powerhungry player must be left to wallow in her own defeat. Emerald and Mercury realises Cinder is alive and kicking. To be honest, I find Salem’s decision to let Cinder run loose to be a poor decision. She won’t learn from her mistakes, but only grow more arrogant and vengeful. Salem has plans for Ruby, but Cinder won’t care about that. Plus, she does have the Fall Maiden’s powers, which are needed to open the Relic of Choice’s vault beneath Beacon.

Salem tells her minions that they must not ever put their own desires before her own, alluding to Cinder’s need for power, and Hazel’s misguided hatred for Ozpin. She releases Hazel and contemplates their next move. Looks like their next target will be Shade Academy in Vacuo, to obtain the Relic of Destruction, a sword. Makes sense to target that next, considering Shade is the lone source of authority in Vacuo. But, Hazel decides to give Salem the news that Ozpin is leading Team RWBY.

Though the badguys worry about what could happen if Ozpin reaches General Ironwood, they have bigger issues, like Salem’s temper. Seeing the cathedral’s windows begin to crack and shatter, the minions all make a hasty retreat as Salem unleashes her rage upon hearing her ex-husband is back from the dead again. I love how this entire scene is from Emerald’s point of view, seeing the sheer terror she has in Salem’s presence is captivating. Perhaps she is finally realising how frightening the monsters she is hanging out with truly are.

Back to Team RWBY, they trudge through the snow, with Maria riding on Yang’s motorbike. Weiss, Blake, and Yang grumble about their predicament, but Ruby hushes them all, hearing a squeaky gate. They come across an abandoned ranch of some kind called Brunswick Farms, and decide to stay there for a little while. Something tells me this place isn’t as abandoned as it appears…

+ Salem and Tyrian are unnervingly creepy in this episode.

+ Maria Calavera taking charge is definitely a plus.

— Leaving Cinder on her own seems like a rather dumb decision.

— I feel there wasn’t enough time to have the character deal with the huge amount of secrets Ozpin was keeping from them. With any luck, their proper views on Ozpin’s web of lies will unfold over the next few episode.