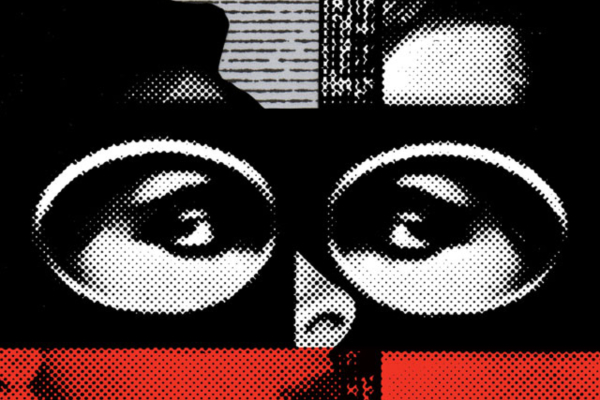 Andrzej Klimowski is a familiar face to SelfMadeHero. His shared biography of growing up in Warsaw with Danusia Schejbal, Behind the Curtain, and his illustration of Deborah Levy‘s Stardust Nation are just two of his more recent accomplishments in the comics field. However, Klimowski initially built a career in poster-making for films and theatre. Klimowski Poster Book collects several decades’ worth of work in this field, from the mid-1970s to the present day, and is a stirring compilation of Klimowski’s brutal, subversive art.

It’s highly recommended that you read this book alongside Behind the Curtain. That biography’s depiction of living and working in the artistically restrained People’s Republic of Poland places much of this work into perspective. Throughout the book, the macabre nature of Klimowski’s work shines through. Despite the timeline of this book spanning some 40 years, the style of Klimowski becomes more recognisable with each turn of the page. In his work, your perspective becomes greatly warped, but no so warped as to be unable to resemble some kind of fractured truth. Faces and bodies are cut up, contorted, breaking away from reality, and yet rarely diving into something beyond recognition.

A sense of maturity blossoms throughout Klimowski’s artwork as well. His earlier work, from the 1970s to the early 1980s, often bears a gothic take on the poster’s subject matter, such as his posters for The Godfather Part II and Taxi Driver. As Klimowski’s work progresses however, a confidence starts to emerge, and a stronger theme of unpacking the subject matter itself becomes apparent. His depictions of Slawimir Mrozek‘s play On Foot and Jima Jarmuscha‘s film Night on Earth are particularly bold takes. They feel as though they’ve had their souls plucked from inside and pinned outward for all to see, thanks to Klimowski’s artistic talent. 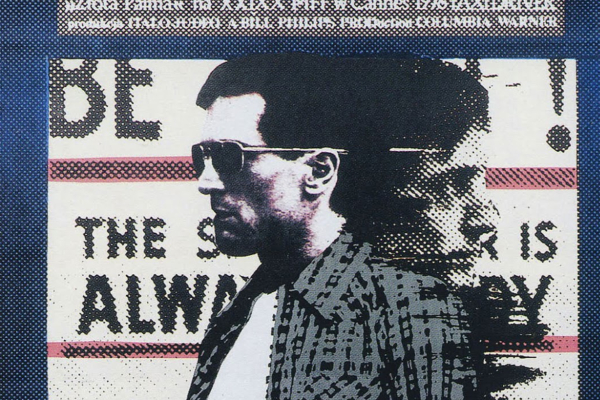 There’s a razor immediacy to Klimowski’s work, which Klimowski Poster Book celebrates to its full extent. As grim as Klimowski’s work may appear, when probing the art a little deeper, the overall sense is one of truth, that Klimowski is concerned with providing an artistic interpretation of his subject matter’s central theme. Of course, such a broad statement doesn’t do every single work included in this volume justice, but it stands as Klimowski’s own theme throughout his work, if it could ever be condensed into a single idea.

Klimowski Poster Book collect a wondrous body of work together, but given the artist’s long-spanning careers across poster work, exhibitions ans comic book illustrations, it’s also perhaps just a tip of the iceberg. Klimowski Poster Book stands then as a perfect starting point for anyone with an interest in European art from the 1970s onward. Its breath-taking contents and social-political backdrop make it invaluable.

You can discover more about Klimowski Poster Book from SelfMadeHero. Are you a fan of Klimowski’s work? Let us know in the comments section below or send us a Tweet!