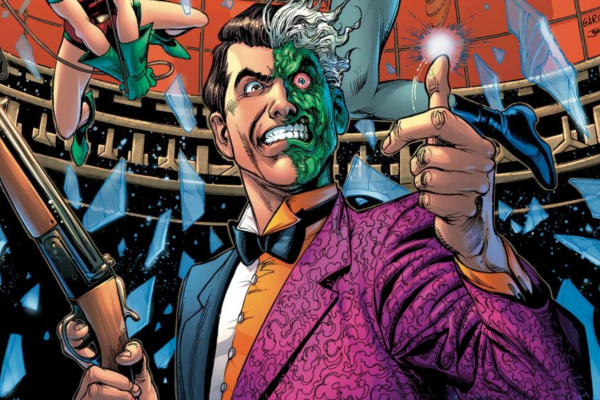 Both Marvel and DC are no strangers to featuring characters who live a life of gambling. Various superheroes and supervillains turn to gambling as the source of their powers, but civilian characters often get caught up in the gambling world too. Let’s countdown 4 characters from Marvel and DC who’ve become entangled in gambling’s web, for better or for worse.

An intermittent villain of Marvel’s Earth-616 continuity, 8-Ball may not boast of any genuine superpowers, but he does possess some advanced physical attributes. A gifted inventor and versatile gymnast, he’s also (not surprisingly) an expert pool player. He makes use of a reinforced cue stick as his main weapon.

8-Ball’s real identity is Jeff Hagees. He’s battled against She-Hulk and at ont point led his own super-villain team, the 8-Ball Gang.

As you may have guessed from his last name, Morgan is a close relative of Iron Man himself, Tony Stark. Officially, Tony’s cousin isn’t recognised as a super-villain, yet he has just cause for being one. Cheated out of the Stark fortune when his father and Tony’s uncle, Edward, gave his share of Stark Industries to Tony, Morgan set himself on a path of revenge against his cousin.

Morgan teamed up with the Maggia on several occasions to try and take down Tony, but failed in their attempts to genuinely destroy him. He eventually became general manager of Stark-Fujikawa, and even managed to temporarily assume control of Stark Solutions by posing as his cousin when Tony goes rogue. His ambitions for flying high in the business world are cut short when his ruse meets a deadly end weaponizing the android Ultimo.

He may be something of a lady’s man and comedian in Gotham City’s Police Department, but Tommy Burke also bears an obsession with gambling. Tommy’s enthusiastic love for gambling often results in him being late for important meetings amongst Gotham’s finest.

Neither a superhero nor super-villain, he often appears in a support role whenever Gotham’s police forces hove into view in any given DC comic.

If ever you should find yourself at the mercy of one of Batman’s most cunning and tragic adversaries, you’re chances will be decided by the toss of a coin. Formerly known as Harvey Dent, Gotham’s finest district attorney. As a villain, Two-Face is obsessed with duality, pitting his adversaries against numerous outcomes that are often decided by his infamous, bespoke coin.

This gambling-themed method of attack from Two-Face makes him a rather unpredictable enemy of Batman’s, and has also resulted in him becoming one of the most endearing villains of the DC world. Mainstream audiences were treated to a well-thought out origin story of the villain in The Dark Knight, cementing Two-Face’s mass appeal.

You don’t have to be a superhero or a super-villain to enjoy gambling, as you can see sites like Live Casino UK. As this list demonstrates, it’s a past-time that’s appealing for anyone with the money and the means to spare.