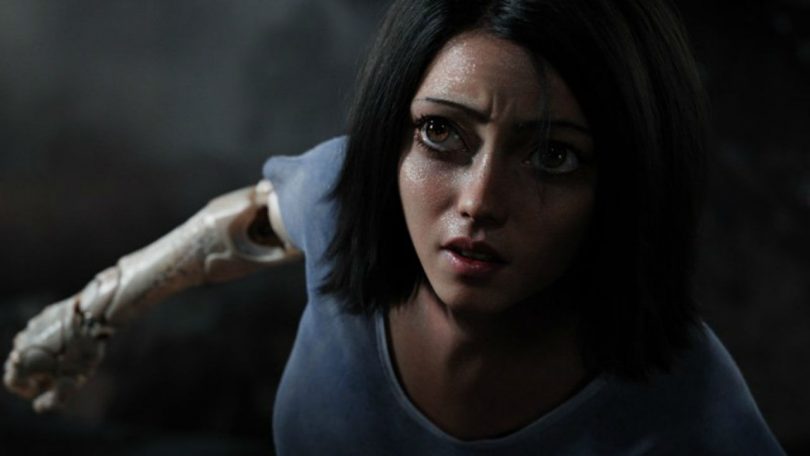 In 2000, James Cameron became enamoured with Battle Angel Alita (or Gunnm), a cyberpunk manga by Yukito Kishiro. Two decades on, the film adaptation, Alita: Battle Angel, finally was released. Whilst Hollywood tried and failed with little effort to adapt numerous manga and anime to the big screen, Cameron’s passion project hovered in the shadows. With help from Robert Rodriguez as director and a mostly solid script, Hollywood has finally released a faithful manga-to-film adaptation. One that captures the fantastical heights of Japanese media, understanding why people love anime. Other films like Speed Racer and Astro Boy nearly cracked it, but Alita succeeded where they and others failed.

Spectacular visuals, a believable fleshed out world, and admirable performances from a cast of familiar faces aid in Alita’s success. Unlike the drab Ghost in the Shell, Alita actually has a soul to it, a love letter to manga and anime. If you are a fan of either anime or cyberpunk sci-fi, go and watch this movie. Don’t be put off by Alita’s humongous anime eyes, as you get used to them when enjoying Rosa Salazar’s amazing performance.

The movie feels like a grittier, gender-bent version of Astro Boy. It is the far future, set in a semi-dystopian society following a cataclysmic war between Earth and its Martian colonies. The poor live in the scrapyard of Iron City, the rich live in the floating city of Zalem, and just about everyone and their dogs are cyborgs. Dr. Dyson Ido (Christoph Waltz), a cybernetic surgeon, comes across the discarded head of a female cyborg, with her human brain intact. He rebuilds the cyborg, naming her Alita after his deceased daughter. Alita (Salazar) has no memory of who she is, but soon discovers she is a master of the lost “Panzer Kunst” fighting style (i.e. anime fighting).

It soon becomes clear she is actually a surviving soldier from aforementioned war’s losing side. After embracing her role as a fighting machine, Alita participates in a number of subplots in an attempt to reach Zalem to learn how she ended up in the junk. She participates in the Motorball sport, a crazy, ultraviolent mix of basketball meets roller derby, where the champion can ascend to Zalem. The sport is actually rigged by owner Vector (Mahershala Ali), and Ido’s bitter ex-wife Chiren (Jennifer Connelly), who longs to return to Zarem after her family were exiled years ago. Both are in turn pawns for Nova (Edward Norton), an unseen, nefarious villain who can possess other cyborgs, and hides the dark truth of Zarem.

Admittedly, there is a lot going on in the movie, and is so overstuffed at times, that is just drops subplots. Alita mistakes Ido for a serial killer, only to discover he in fact is a cyborg bounty hunter, and decides to become one herself. After her first attempt at making a lasting impression fails, she drops that career and goes on to play Motorball. The story is vast and detailed, but lays out the lore fairly, with only Waltz’ character giving lengthy exposition.

Some folks may be put off by Alita’s huge, ocular anime eyes, accusing the character design as being from the uncanny valley. That is incorrect, as the design was chosen deliberately to emphasize Alita’s inhumanity. Plus, it is refreshing to see an anime character in an American adaptation look like an actual anime character. Salazar’s performance is the best part of the movie, having worn mo-cap whilst filming, and her computer generated look only supports and serves her talent. It is great to have a charming, optimistic hero on screen for once, instead of an uber-angsty lead who doesn’t want to be a hero. Alita wants to be a hero, rejecting the innocent persona Dr. Ido has been projecting onto her. Though, it doesn’t stop her from trying to pull off the cocky inspirational speech schtick to a bar full of cynical and grounded bounty hunters.

A lot of the other cyborg designs are intentionally creepy, and while it looks like a bunch of actors’ faces have been inserted onto cyborg bodies, it turns out this is quite literal, as seen with the badguy Zapan (Ed Skrein). It also allows the film to push that PG-13 rating by depicting very violent fight scenes, and the blue-blooded cyborgs get thrown through the ringer. Alita goes all robo-karate on those who hurt her friends, unafraid to tear enemies apart to protect them. She even feeds one cyborg slowly and painfully to a grinder!

Perhaps the runaway home run for the film are its visuals. It is a real feast for the eyes, capturing the visual aesthetic of anime. Alita had a two-episode OVA released in 1993, and many shots, if not the whole plot is adapted perfectly into the movie’s setting. The action scenes are just brilliant, exciting, fast-paced, and, well, feel like watching those of an anime. The hilarious bar brawl, the first fight in the back alley where Alita dropkicks a cyborg’s head into a wall, and the mindblowing Motorball chase are winners. At times, when it is just Alita and Jackie Earle Haley’s character Grewishka onscreen, the film looks like a really expensive animated film. It is a sheer blast to sit through. Seeing Christoph Waltz go to town on cyborgs with a rocket-powered hammer is mesmerising. Jeff Fahey cameos as a bounty hunter who uses a pack of cybernetic dogs to perform his work, but has one memorable scene, and then is gone. Can we have movie about him?

The movie has an overarching theme of identity and purpose in a cruel world. Alita herself remains an idealistic anime heroine throughout, but changes over time as she learns people aren’t as black-and-white as she thought. Dr. Ido projects his memories of his daughter, who was disabled, onto Alita, but has to learn she cannot and does not need to be protected. Chiren is trying to recapture her self-image when she lived in Zarem, and works with the worst people to try and get back her lost life. Sadly, she only shares one scene with Waltz, so their relationship isn’t as thorough as it should be.

Alita’s love interest, Hugo (Keean Johnson), is so desperate to buy his way into Zarem that he is willing to compromise his own principles by harvesting cyborg parts on the black market, even when he is falling in love with a do-gooder cyborg himself. Zapan, despite being a comical bit role, has enough depth to him to explain why he values his pretty boy face above all else, as it defines him as an individual.

James Cameron’s commitment to getting this film made paid off, and we have our first successful hit for a western anime adaptation. I said that last year’s Bleach movie was the world’s best anime-to-movie adaptation. I should have said it was Japan’s best adaptation, while Alita: Battle Angel is Hollywood’s best try. A sequel would definitely be welcome. Now if only Cameron put his priorities straight and focused on this potential film franchise, instead of making four Avatar sequels no one asked for.

What did you think of Alita: Battle Angel? Loved it, or loathed it? Did Alita’s eyes give you nightmares or tears of joy? What manga/anime would you like to see depicted on the big screen? Leave a comment below or on our Twitter and/or Facebook feeds.