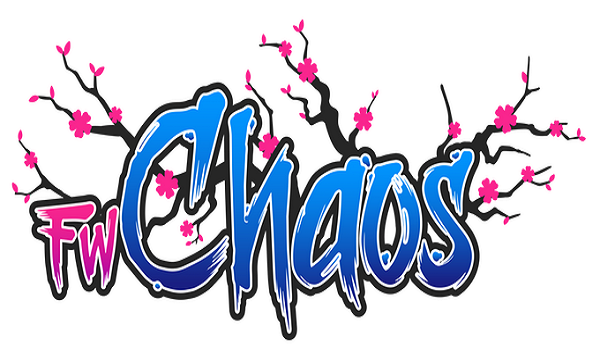 Foxy and Wolfy: Chaos is a comic series currently crowdfunding on Kickstarter. The magical girl (Mahou Shoujo) manga-inspired comic is from the mind of creator Kitsune Windsor with art by Ana Kris and colouring by Sinung Satrio.

The basics of the story are simple magical girl formula, especially in Chapter 1, which I had the chance to recently read. The main protagonist is Misaki Kimura/Foxy. She is a mage, alpha level who just got accepted into the fancy Foxshuffle Academy for spirit guardians. Spirit Guardians battle demons and purify souls consumed by hatred. The main conflict between humans and demons is clearly established from the get-go.

The day that she got accepted she decided to visit her librarian friend Mr. Henry to tell him the good news and get some books to help her. Needless to say that Misaki ran into some trouble with some demon-possessed boys and was promptly rescued by the second hero of the story Amaya Bellerose/Wolfy. Clearly, this chapter is the origin story of how the two main characters met and it is a solid set up to future clashes with demons.

The two mains characters as mentioned before are Misaki Kimura/Foxy and Amaya Bellrose/Wolfy. Misaki is a cheerful, typical magical protagonist. My first impression of the character Misaki was that she was little naive but very kind.  She has loving and protective parents; so at least she’s got a few points up over other magical girl characters who tend to having missing parents or dead parents. Misaki gets a crush on first encounter with Amaya/Wolfy.

Amaya is the other protagonist. She’s the mysterious one of the pair at first impression. She is clearly highly skilled in fighting and magic. But we don’t learn much else about her, except that she’ll be attending the Academy with Misaki come start of the school term. I can’t wait to see what will be in store for her character and her relationship with Misaki in future chapters and volumes. The only thing I don’t want to see is her having an ultra-dark past as is usual with her type of character.

A lot of magical girl anime and manga tend to saddle the main character like Misaki with male love interest that tends to be more a dude-in-distress more than anything (like Sailor Moon and Tuxedo Mask).  There’s a ton of subtext in the magical girl genre about LGBTQ+ relationships, but the creator is also not shying away from even more inclusion.  The clear interest and flirting between Misaki and Amaya is going to be a refreshing change of pace from the usual stale romance in magical girl stories.

The world-building is interesting to see. There’s a clear magical system in place. Before the chapter started their was a blurb about World Lore to explain what happens when someone’s magic awakens. It was a perfect transition to the opening pages of Chapter 1 where Misaki is talking about her powers and acceptance to the Academy. This little detail allows the actual pages of the comic not to be filled with exposition for world-building. The art is well done. If I hadn’t known better, I would say that it was straight from Japan  The colour is nice as well. Magical girl stories should be full of colour.

The first issue of Foxy and Wolfy leaves room for narrative improvement, but also hints at bigger things. Right now, the story is a typical magical-girl story with great promise to be something amazing. While we know the demons will be the bad guys of the story, I hope that the ultimate big bad isn’t something as a trope-like a miasma of evil energy or something. I can’t wait to see a compelling villain and enemy to fill the pages.

Also while Amaya and Misaki are being set up to have a romantic relationship (which is fantastic), I hope to see them avoid the pitfalls that weigh down most shoujo-manga and magical girl-manga with unnecessary relationship drama.

All-in-all Foxy and Wolfy:  Choas Chapter 1 was a delight to read. It has much promise. Check out its Kickstarter before the campaign ends! Let us know what you think about the Magical Girl Genre as a whole in the comments or send us your thoughts on Facebook or Twitter!