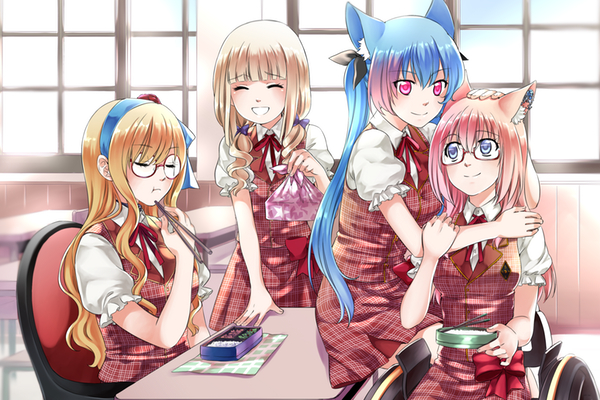 Magical girl anime and muscular disabilities go hand-in-hand in Kitsune Windsor‘s comic Foxy and Wolfy. He’s currently crowdfunding the comic on Kickstarter, and aims to bring to life a comic that fuses his love of the likes of Sailor Moon and Cardcaptor Sakura with positive representation for disabled LGBT+ people. Kitsune himself is an LGBT+ creator with Duchenne muscular dystrophy.

Foxy and Wolfy: Chaos: Volume 1 sees Kit bring together a handful of talented creators to help him with his vision, including artist Mitsu, colourists duo Sinung Satrio and Imania (who work under the collective name Noir Art House), art editor Jill Warsco and co-writer and editor Anthony Zicari. Past allumni of Foxy and Wolfy include writer N.S. Kane and artist Ana Kris.

We caught up with Kit to discover more about the adventures of Foxy and Wolfy!

A Place To Hang Your Cape: What is Foxy and Wolfy: Chaos all about?

Kitsune Windsor: Foxy and Wolfy is about the adventures of two spirit guardians. A Foxy young spirit guardian with muscular dystrophy named Misaki Kimura and her Wolfy partner, Amaya Bellerose. In the world of Foxy and Wolfy Chaos, spirit guardians are humans who fight genocidal demons and purify souls consumed by hatred. Through the use of spirit keys, the main characters Misaki and Amaya (along with their friends) travel between the human and demon worlds to defend all they hold precious against nefarious demons seeking chaos.

It’s a story about friendships, magic and being your best, regardless of circumstances. Expect magical combat, silly shenanigans and deadly fanatical demon attacks! You will see them when they are kids first and later as adults going after their first target. Come join the fun!

AP2HYC: Since you were clearly inspired by the magical girl genre of Japanese anime and manga, which magical girl anime did you like the most? And which one did you draw the most inspiration from for your work?

Windsor: I love Sailor Moon the most, but my biggest inspiration comes from a few series! The changes that every character has when travelling between worlds is inspired by Ranma ½’s hot and cold water transformation mechanics. The powers and magic weapons are heavily inspired by Madoka, Nanoha and Mai-HiME… those are the biggest influences after Sailor Moon!

AP2HYC: In Volume 1, you begin to set up an interesting magical system for your world. How did you come up for the idea for it?

Windsor: I wanted to give humans and demons both major advantages and disadvantages, depending on the situation. Even the two worlds make certain characters both powerful and weak simultaneously. To fully explain the system will take 2 volumes, but it is already completed! It is something that comes from watching and reading tons of fantasy, as well as from random thoughts! 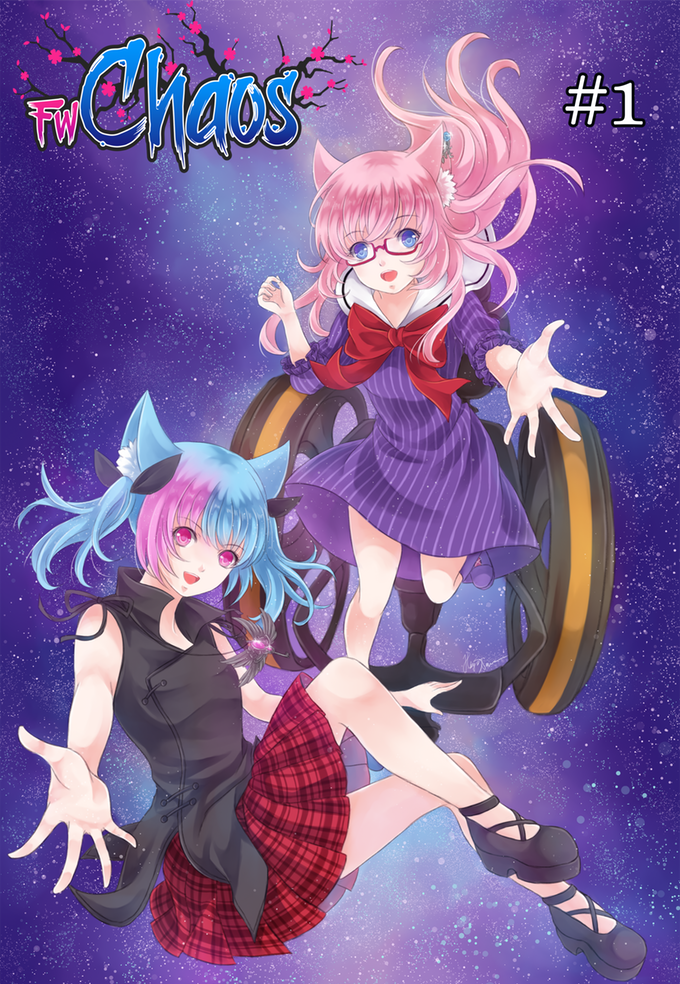 AP2HYC: What made you decided to create an inclusive story for people with disabilities and for the LGBTQ+ community?

Windsor: I am disabled myself with Duchenne muscular dystrophy and pan. Many people view disabled persons as feeble and sweet, without wanting much. I just want to show that we all want to live life with joy and have the same basic desires. Everyone is a human that deserves equal respect and love. People should only be judged based on their hearts and souls.

AP2HYC: The comic is very colourful. Is their significance of the various colours and the art in general?

Windsor: The bright colouring signify the vibrancy of life and the energy of it, regardless of the situation. Even in the darkness of death does life shimmer like the stars!

AP2HYC: Without giving any spoilers, what else can we look forward to seeing in future volumes Foxy and Wolfy: Chaos?

You can discover more about Foxy and Wolfy: Chaos: Volume 1 on Kickstarter. Have you already backed the comic? Let us know in the comments below or send us a Tweet!